I did not like the original Ni No Kuni. The idea of a JRPG in collaboration with Studio Ghibli was like a dream come true, but unfortunately while I enjoyed the story, the gameplay felt too contrived and laborious. So when a sequel was announced, I was cautiously excited. Thankfully, even without the involvement of Studio Ghibli, the sequel far exceeded my expectations, even if it does fall short in a few areas.

Ni No Kuni 2’s story almost immediately starts off at the climax of a political coup. Young prince Evan was to be heir to the throne after his father died, but it was not long after that the late king’s advisor plotted to overthrow the kingdom. It was during this tumultuous time that Evan met a mysterious man named Roland, who seems to have come from another world. Together they escape the coup and embark on a journey to reclaim Evan’s kingdom. 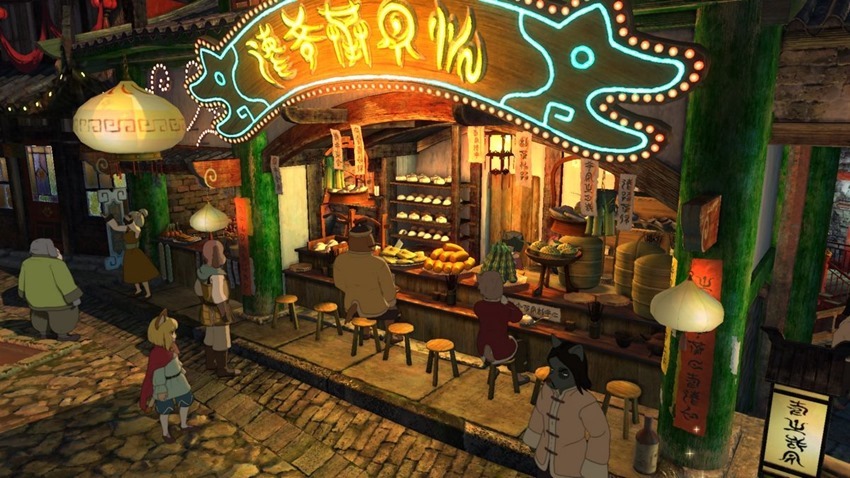 While I miss Ghibli’s stunning animations, I can’t say that the game doesn’t feel like a movie from the studio. Ni No Kuni 2 is a magical experience, and it never stopped filling me with joy throughout the journey. Each component of the narrative experience has such a bright focus that holistically it comes together spectacularly. The story has a wondrous and exciting world, some intrigue sprinkled in to keep you guessing and a cast of characters so endearing that I instantly fell in love with them. The charisma of the protagonist is ultimately what holds everything together though. It’s rare that you find a child in a JRPG who is not an insufferable little brat. With the responsibility of leading a kingdom, Evan holds an incredible weight on his shoulders, but he never projects his own insecurities on anyone else, instead, he acknowledges his shortcomings and always strives to be better with an inspiring amount of conviction. Much like the children in Ghibli movies, Evan personifies innocence and determination and I couldn’t help but become heavily invested in his tale. The game isn’t too long either, so the story moves at a brisk pace, which I appreciated in an age where games take upwards of 100 hours to complete. This does mean that the story misses a few beats, but it’s a compromise I can live with, and one that never hampered my enjoyment. 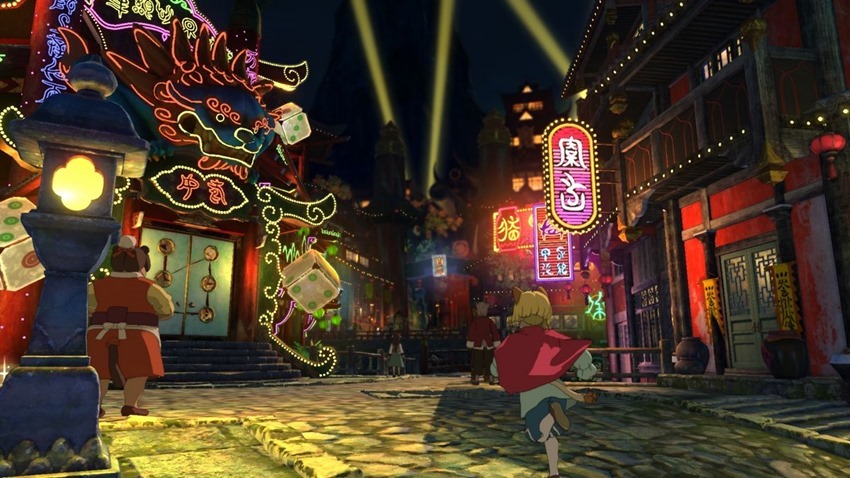 Each of the gameplay elements masterfully works together towards the cohesion of the overall package. Level-5 has been known to put town building elements in their games before, and Ni No Kuni 2 is the latest recipient of this mechanic, only here, it’s perfectly contextualised within the game world. After the coup, Evan has to find a place for his people away from war and violence, and this is where the Kingdom Builder comes in. Throughout your journey you’ll come across citizens you can recruit to join your kingdom. These citizens are tasked with running various facilities you can build such as a weapon and item shop. The more facilitates you build, the more money is generated, which you use to further enhance and upgrade your kingdom. It’s quite the addictive side activity and I spent a lot of time managing my new home and recruiting new citizens. There are also these mini skirmish events that you partake in where Evan and his army are pitted against various enemies in large-scale battles. All these activities place Evan front and center of the action, and it further cements his role in the overall narrative. 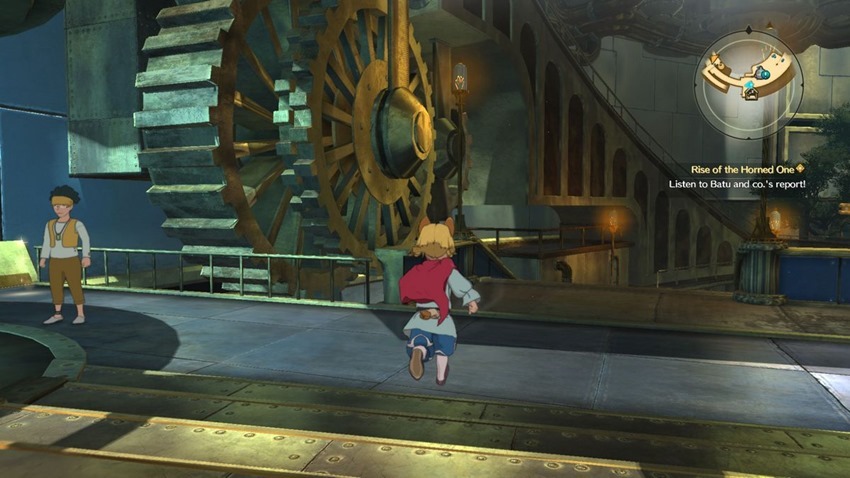 Unlike the first game where your familiars did most of the fighting, Ni No Kuni 2 goes for a more action-based system, placing you directly in control of characters during combat. Each character can equip up to three melee weapons which you can switch between on the fly. While your moveset consists mainly of the usual light and heavy attacks, there are a few mechanics to shake things up. Alongside your ability to use ranged and special attacks, there is also something called the Zing system. Each weapon you have equipped builds up Zing the more you use it in combat. When it reaches maximum capacity, your attacks and special moves get stronger. When you do use a special move at maximum Zing however, the meter resets, so you have to decide how to manage it and when to unleash devastating attacks, adding a nice layer of strategy to battles. The other primary mechanic is the Higgledies. 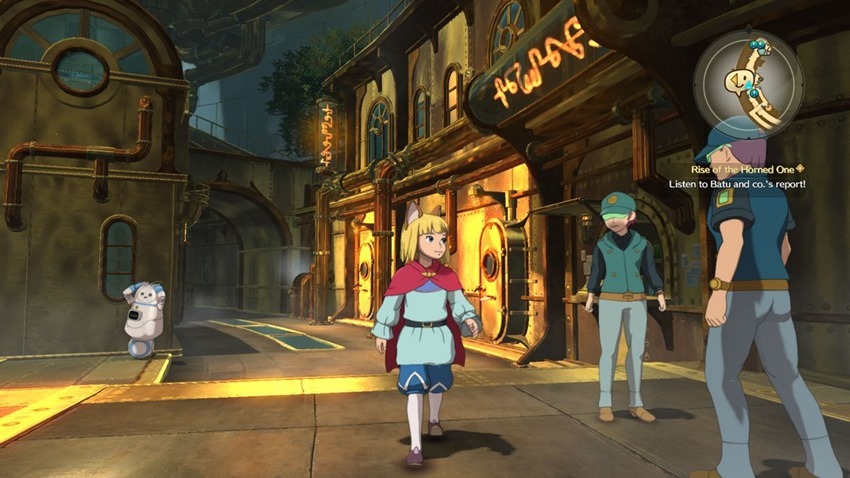 Higgledies are cute little creatures that accompany you in combat and are a sort of replacement for the familiars from the first game. Unlike the first game however, you don’t have control over them. Instead, after some time has passed they’ll give you a prompt during battle which will allow you to activate one of their special skills. These range from offensive attacks to healing and buffs. You’ll acquire more of these lovable creatures as you progress through the game, as well as being able to create them once you have the necessary facilities in your kingdom but each Higgledy has its own personality however and will have to be matched with other complimenting traits for them to be effective. Later in the game, you’ll also gain the ability to absorb their power to enter an awakened state, granting you access to devastating attacks. Overall, the combat is much more engaging and fun this time around but my biggest issue, however, is that the game is just way too easy. 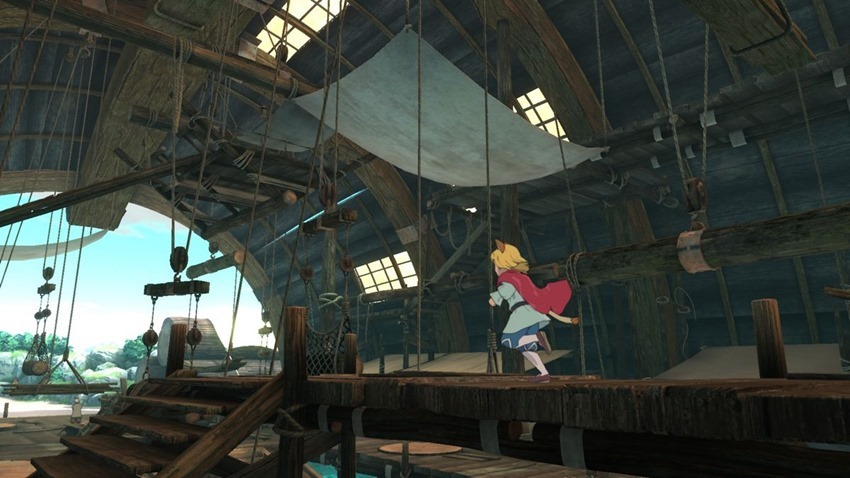 Wanting a game to be more challenging is ultimately a very personal expectation. I don’t expect every game to be Ninja Gaiden Black as I understand that some people enjoy a more laid-back experience, but the problem with Ni No Kuni 2 however is that the difficulty undercuts so many of the features and systems in the game. There’s a reduced feeling of excitement when you acquire new and powerful weapons because it’s not really needed.

The rewards for upgrading your kingdom so you can level up your Higgledies and gain access to better gear felt hollow because most enemies are total pushovers. Sure, there are optional encounters you can find later on in the game that offer a bit of a challenge but even then, these fights only last for a few minutes. There are so many options available to you to play the game more strategically but it just doesn’t matter – and it’s ultimately a much less rewarding experience because it’s so easy. I really do hope they patch in a difficulty slider somewhere down the line. 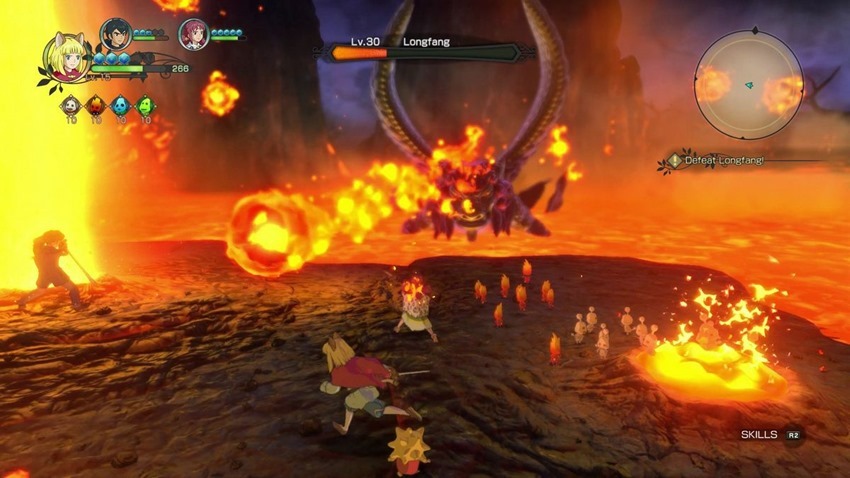 On a more positive note, the game looks and sounds absolutely incredible. Even though the central theme from the first game is a bit overused here, the OST as a whole is still quite lovely and compliments the art style pretty well. The only thing that is really at odds with the overall look however is the world map view. Characters take on a really rough looking chibi shape and it never quite gels well with the rest of the presentation, thankfully, however, most of the other locales maintains a beautiful and stylized aesthetic.

Ni No Kuni 2 improves on the first game in almost every regard, maintaining an engaging and well-told story while adding in a plethora of new mechanics that are actually well contextualised within the narrative. Unfortunately, the difficulty of the game meant that I never really got the most out of the new features, and as enjoyable as I found them, I’d be lying if I said that it didn’t feel as rewarding as they could have been. Despite my issues with the difficulty, however, the story of Evan Pettiwhisker Tildrum ultimately managed to capture my heart.