Comedies that make it to three franchise instalments are pretty unusual. It’s not a genre that often – or arguably should – end up with trilogies, but it’s happened. What you’re likely to find though, and The Hangover is a perfect example, is that Movie #3 will break from the established formula and try to do something a little different to freshen things up… for better or worse. The same goes for Pitch Perfect 3, the final instalment in that surprise hit series about a ladies’ college a cappella group. 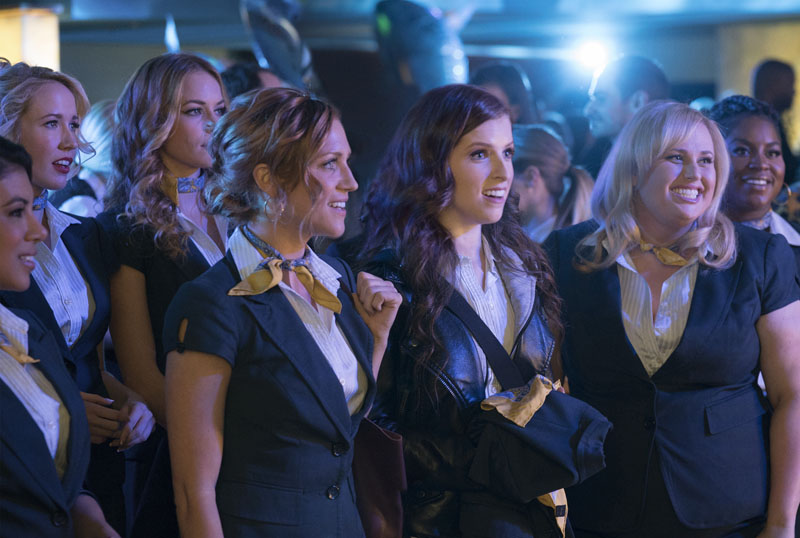 In Pitch Perfect 3, the Barden Bellas from the original 2012 movie are three years out of university and loathing their lives in the real world. As a result, when the opportunity arrives to sing together one last time during a USO tour, Beca (Anna Kendrick), Fat Amy (Rebel Wilson), Chloe (Brittany Snow) and the rest of the Bellas pack their bags and rush to Europe. The requisite singing competition is shoe-horned in there too, as the Bellas must compete against all-women rockers Evermoist (fronted by Ruby Rose) and bluegrass band Saddle Up to catch the attention of DJ Khaled in the lead-up to his next tour.

As is typical of dance and music contest movies, the plot is pretty unimportant. It’s just there to hang musical numbers and madcap shenanigans on. Pitch Perfect 3 embraces the device. At one point a character even makes the fourth wall-breaking comment, “That was a lot of exposition.” 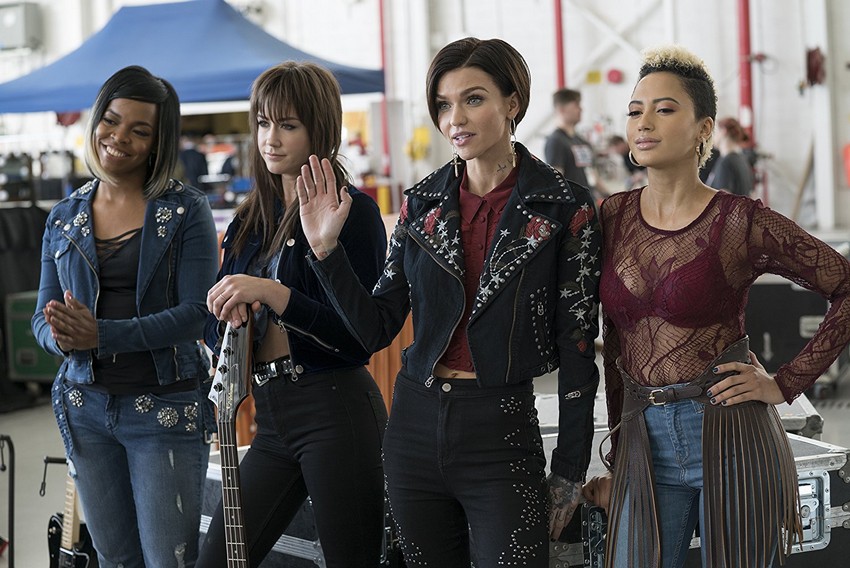 The audience chuckles, but at the same time that’s an accurate reflection of their overall response to the film. Because while Pitch Perfect 3 has its moments – and it still has loads of heart and female camaraderie – it all feels a bit flat. The musical numbers aren’t as stirring, the lines aren’t as quotable and the film squeezes out a few guffaws instead of legit belly laughs.

Admittedly the Pitch Perfect films have always celebrated the ridiculous, but with the final instalment, the more “everyday,” relatable college setting of the first two movies has been left behind, along with rival guy a cappella group The Treblemakers. You feel their absence. Instead, in Pitch Perfect 3, much of the action is driven by the return of Amy’s mobster father (a bizarrely accented John Lithgow), which really pushes the film into overblown territory. It also deprives the audience of time spent with supporting characters like Lilly (Hana Mae Lee) and Flo (Chrissie Fit), who can be relied on for the most hilariously absurd dialogue. 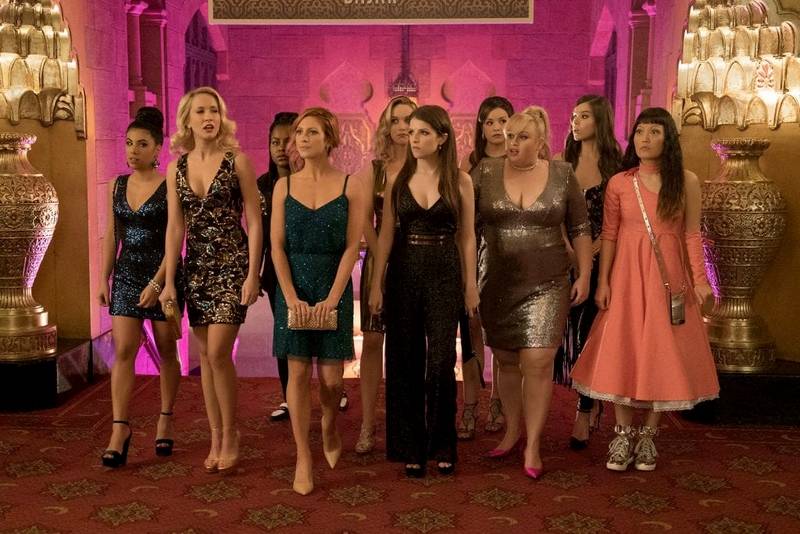 The absurdity is still there, but there’s a very real sense something is missing. The series’ politically incorrect edge, perhaps, because this final entry doesn’t ruffle any feathers with its characters’ off-colour remarks. Pitch Perfect 3 races along inoffensively to the finishing line.

In the end, for its positive messages about female friendship, and the charm of its cast, the most you can say about Pitch Perfect 3 is “It’s fine.” In fact, the most memorable thing about the Bellas’ cinematic swansong is a weird premonitory mash-up that blends the music of the Cranberries and Avicii. 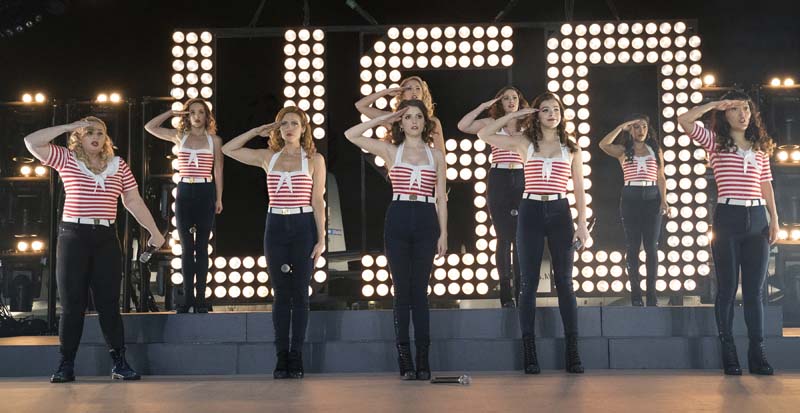 For the record, the Pitch Perfect 3 DVD is unusually stuffed with special features, including a deleted scene, full musical numbers by the Bellas’ USO rivals, a gag reel, a look at the all-women production and some behind-the-scenes set stuff. This said, there’s nothing over 5 minutes long, and nothing meaty. So, yeah, this content feels much like the film itself – watchable but underwhelming.