Remakes, remasters and re-releases. I’m sure we’ve all had just about as many of them as we’re able to stomach. “If I have to play another re-release of an old game,” I said not weeks ago, “I’ll cut one – or all – of the junior staff.” But then something comes along to challenge everything. That thing is Rare Replay. It’s more than just a collection of the company’s old games – it’s a pure celebration of Rare’s storied, 30 year-long legacy.

It’s a collection of 30 games, some older than many of you – with others barely a few years old. There aren’t many developers on this planet who’ve been in the business for long enough to do such a thing, and fewer still who could do it so well. 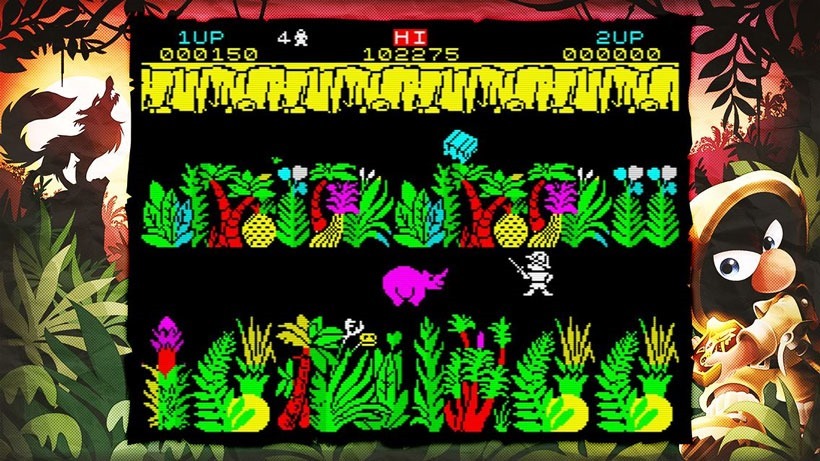 For interest’s sake, here’s the list of games that come with Rare Replay – which retails locally for around R375:

That’s a lot of games. There are obvious omissions, and Rare fans will likely moan about the lack of Goldeneye and the Donkey Kong Country Games, but there’s enough here to make up for it. 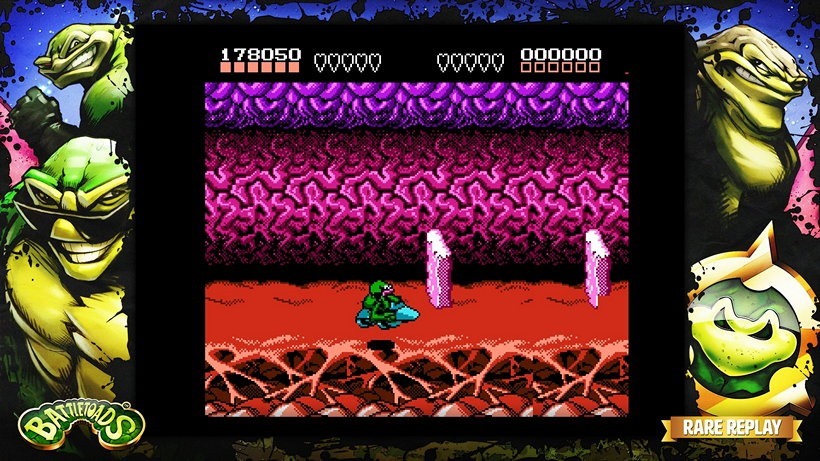 The whole thing’s presented, beautifully I might add, as an old-timey arcade, allowing you to scroll through the large selection of games and hop in and out of them. While none of them have been given any remaster treatment, they’ve all been updated with the correct button prompts and mapped rather well to the Xbox One’s controller. Most of the older games have some new features; the ability to save and load anywhere at will, and for especially difficult ones, the opportunity to rewind by holding in a button. Clicking in R3 on the older games simulates that old-school CRT fuzz.

Of course, any package of this sort relies very much on nostalgia, and whether or not the games contained in the collection invoke those fuzzy, warm sort of feelings that would only otherwise come from peeing in one’s pants. Having grown up as the proud owner of one of Britain’s favourite computers, the Sinclair ZX Spectrum, many of the games that made up Rare’s early catalogue – back when they were called Ultimate Play the Game – were instantly familiar, nostalgic experiences. 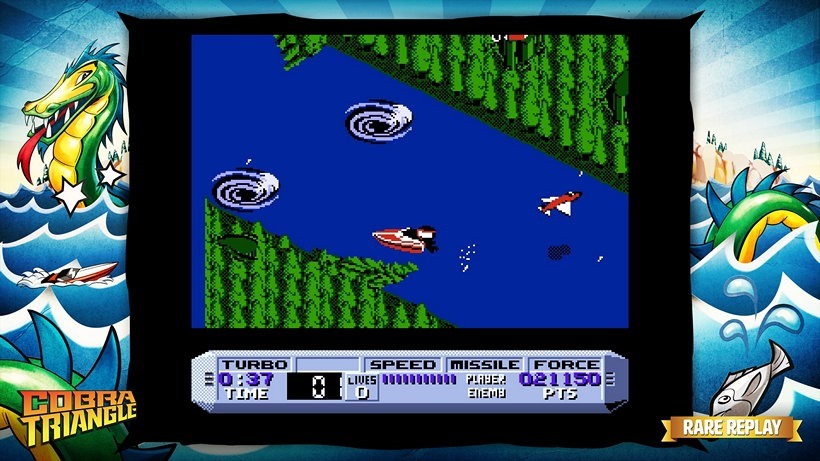 I love jumping back in to Jetpac, in all of its eight colour glory, dungeon crawling in Atic Atac and falling to my death in Underwurlde – for about five minutes before realising that many of these terribly old games just don’t hold up very well beyond their nostalgic value. While seeing them all again – without having to sit through alternating blue and red, and then blue and yellow lines before they loaded – brought a great big smile to my face, playing many of the older games didn’t.

Of course, playing Battletoads again was a delight. Rare’s classic beat-em-up is still the stuff of dreams (that turn to nightmares) – but it was the oft-ignored Battletoads Arcade (with its very necessary unlimited continues!) that I appreciated most, as it’s one of the few games in the collection that I’d never played before. 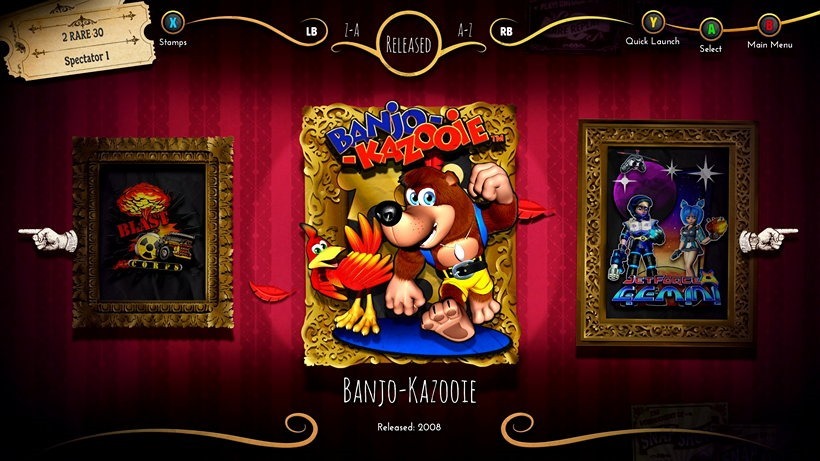 Many of the older games benefit from a mode called “snapshots,” which borrows a bit from Nintendo’s recent NES Remix, by adding a few minigame like challenges to the mix. Can you amass 5000 points in under a minute in Cobra Triangle?

Interestingly, about a third of the games in the collection are Xbox 360 titles, developed since Microsoft’s acquisition of the company in the Xbox era. And here, they’re the actual 360 releases, available to play through the Xbox One’s newly added backwards compatibility. As such, they download and install separately – and can be launched externally from the collection too. As a look at the Xbox One’s impending backwards compatibility, it shows that it’ll be very nearly flawless. Playing the underappreciated Kameo and Nuts and Bolts was wonderful – with no hitches or glitches on the emulation to be found. It’s really rather impressive stuff. 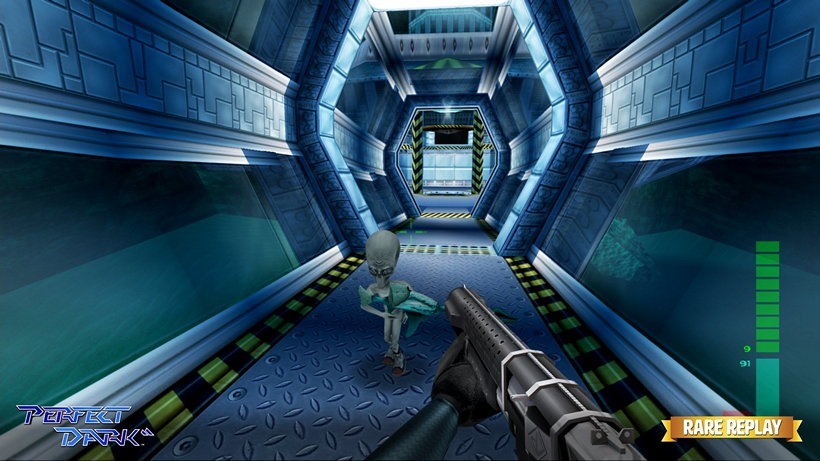 It’s not just old games that you’ll get to experience in this collection either. Playing through the games in Rare Replay earns stamps, which are then used to unlock things like videos; delightful recollections of how a game was developed, by the people who made them. Some videos offer looks at cancelled projects, others still at some unreleased music. There’s a nasty, linear progression system at play here though, and you’ll likely have to sink countless hours in to these game to unlock the videos you want to watch. 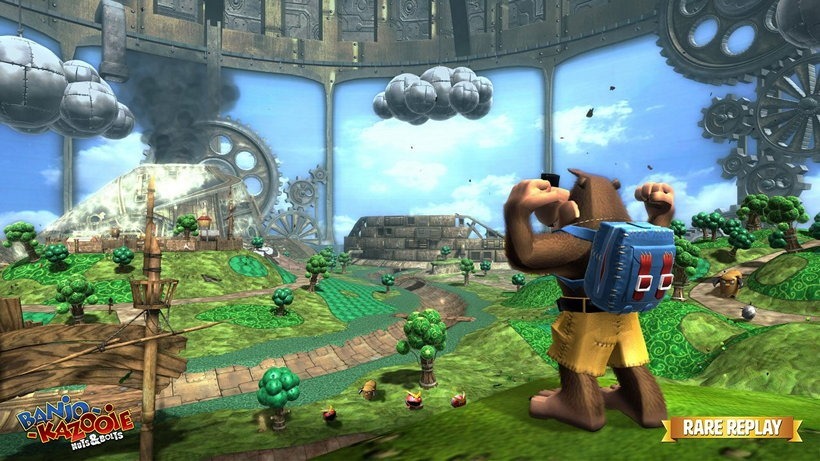 I suspect though, with the Spectrum’s limited impact on South Africa’s gaming landscape, and the fact that the Super Nintendo and the N64 weren’t officially released here, that Rare’s not quite as revered here as it is in much the rest of the world. It’s a pity, because it means this wonderful collection of vintage and not so vintage games is likely to be glossed over locally, when it should revered – like a collection of fine art in some haughty museum.