Last year’s Rayman Legends has been re-released for the new consoles from Sony and Microsoft, a curious decision seeing that that game already runs at 1080p at 60frames per second on all available platforms. We take a look to see what’s different.

Below is essentially our original review of Rayman Legends, republished to include new information specific to the PlayStation 4 version. 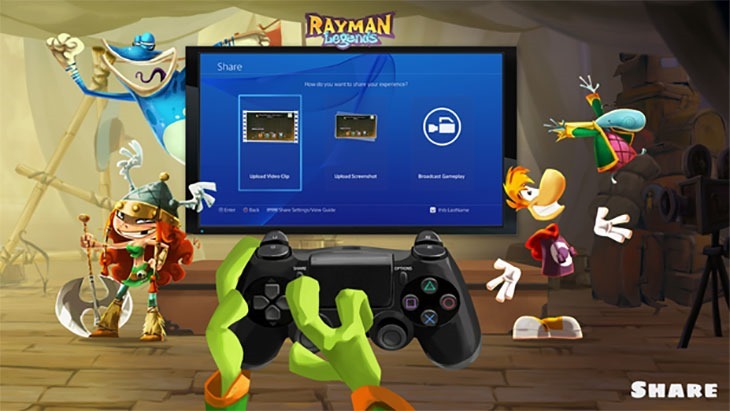 In a number of levels, Murfy is able to interact with the world by pulling levers, cutting ropes, moving platforms, tickling enemies, jabbing tentacled beasts in the eyes and a host of other silly little things to help you progress. On the Wii U, Murfy would be controlled using that system’s touchpad, but on other systems his actions are haphazardly and inelegantly assigned to just a single button. Simply tap a button and Murfy will contextually slice through the nearest rope, move the nearest platform or tickle the nearest brute, rendering him vulnerable.

It works – but it’s glaringly obvious that the entire game was designed with the Wii U in mind. On the Wii U, you’re be able to play these level’s co-operatively, with the gamepad player controlling just Murfy. Other platforms aren’t afforded this luxury. It’s not all bad though; sometimes levels using Murfy are so frantic and frenetic that you’ll be glad you need to press just a single button. Still, with the dexterity required to control both your hero and Murfy with a single controller, the levels that involve Murfy could well end up being your least favourite. But what’s different on the PS4?

Admittedly, not all that much. The entire decision to rerelease the game is a curious one, as it already runs at the best resolution and frame rate you could hope for on a console. What differences remain though, are interesting.

For starters, the “next gen” version of the game now uses wholly uncompressed textures, making an already beautiful game look just that little bit crisper – but the differences are miniscule. The biggest real difference is that thanks to both of the new consoles forgoing disc-reading, there’re no loading screens in Rayman legends at all. Nothing whatsoever. Slipping in and out of missions, and in-between worlds and challenges is seamless and smooth.

Not unsurprisingly, the PlayStation 4’s touchpad doesn’t serve too much use either. It’s only real use in gameplay is for scratching those lottery tickets, though it’s also used to take advantage of the PlayStation 4’s sharing features. Pressing the touch pad enables camera mode, which enables you to pan around the screen and capture the perfect Rayman moment to spam your social network of choice with.

Each of the new platforms also gets a couple of extra unlockable playable characters; on the PlayStation you get to play as a Pirate Rayman, modelled after Assassin’s creed 4’s Edward Kenway.

The title also features Remote Play, allowing you to use your Vita to control our limbless hero in times where your TV becomes unavailable. As we’ve come to expect from Remote Play though, for sections of this game that require pixel-perfect platforming precision, the latency introduced by Remote Play made it less fun than it rightly ought to be. You also can’t use the Vita as a second screen, so there’s no direct control of Murfy the Fly as there is in the Wii U version. 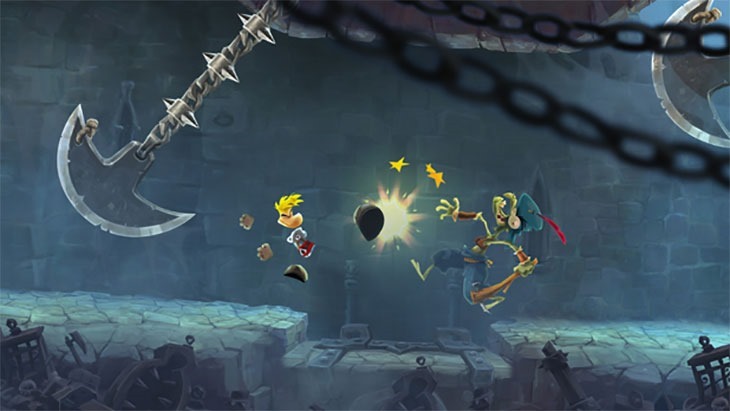 If you haven’t played Rayman Legends and you’re looking for something fun while you wait for the big new releases, you’ll be well served –especially with its lower price. That said, there’s no compelling reason to get this new version of Rayman Legends if you already own it for any other platform.