Home Gaming Rick and Morty: Virtual Rick-ality review – Pretend like everything’s fine for a few hours and enjoy yourself

Fans waiting for the return of the nihilistic, irreverent Rick and Morty are going to be waiting for a long, long time. According to the show’s creators, the fourth season of Rick and Morty hasn’t even been confirmed yet – and even when it does, it’ll be roughly three forevers before the show is written, animated and hits screens. 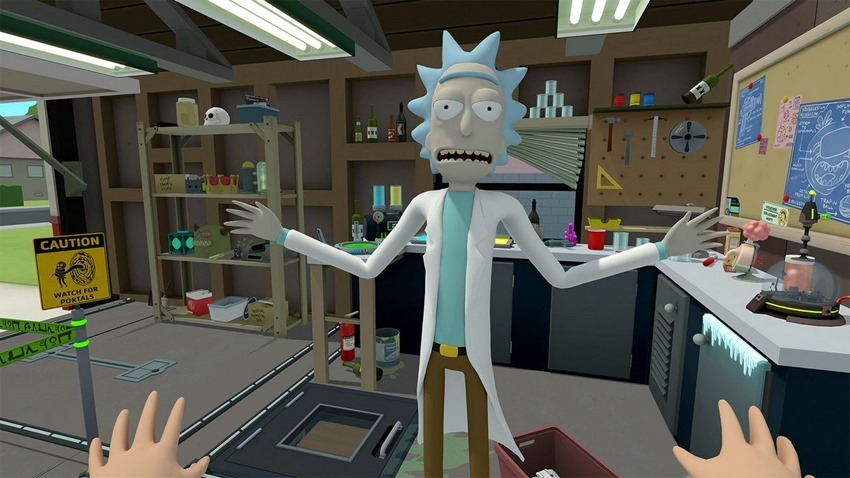 Thankfully for those who need more of the sociopathic universe-hopping scientist Rick Sanchez and his meek, whiny grandson, there’s Rick and Morty: Virtual Rick-ality. Though it doesn’t allow you to join Rick and Morty on their grand adventures, it’s a well-written, silly look at the cartoon series’ world in VR. It’s funny and oddly fun, but a little on the short side.

It puts you into the disembodied head and hands of a disposable Morty clone, tasked with doing the sort of mundane stuff that neither Rick nor Morty would be bothered with. Strap on a VR HMD, and you’ll be able to do terribly exciting stuff like doing Rick’s laundry, fixing his spam-riddled computer and upgrading and repairing his spaceship. While that sounds awfully banal, it does become more involved and intricate as the game goes on; the puzzles become a little more engaging, the environmental exploration is more exciting and the gags become sillier. 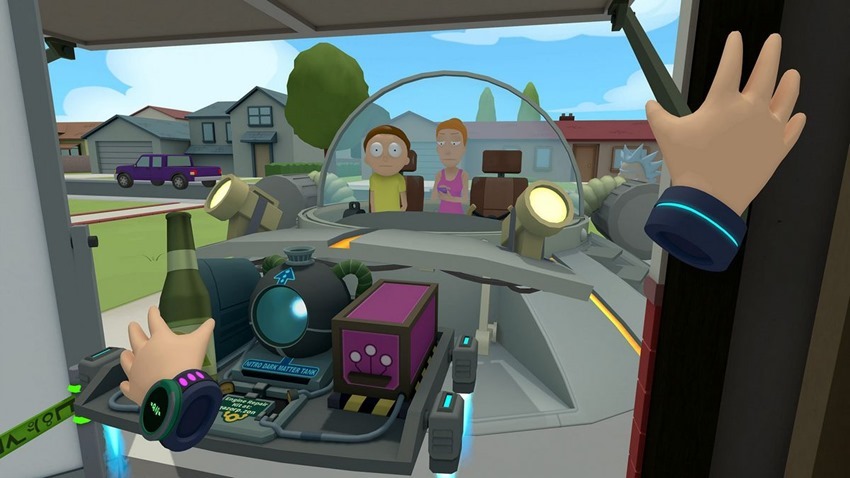 It’s made interesting through the familiar locations and the toolset you’re given. Most everything happens from Rick’s garage, with three locations therein for you to teleport to (without any legs, you’re not afforded free locomotion). In each of those, you’ll find the necessary tools to complete the rote tasks you’re given – which usually involve things like pulling levers, combining items, picking things up and putting them elsewhere. If items are out of reach, there’s a clever in-world solution that employs deployable clones of Mr Meeseeks – here called a Youseeks – that mimics your every action. 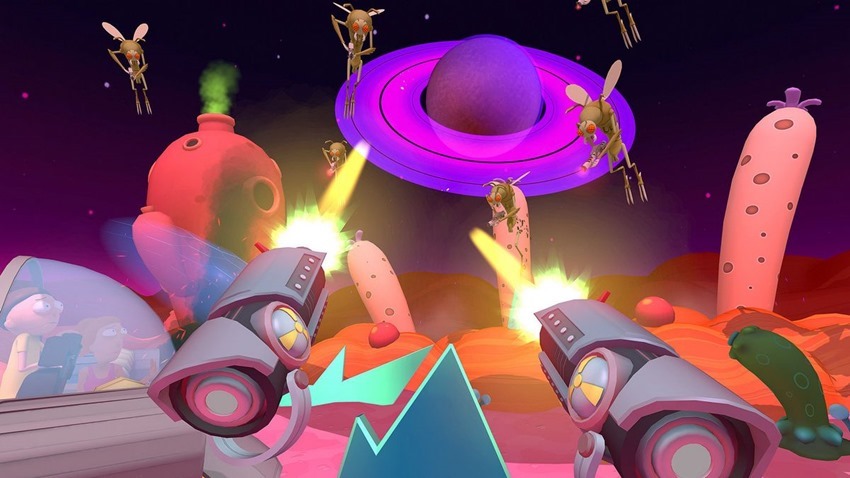 If that sounds an awful lot like Job Simulator, that’s for a good reason; it’s been developed by the same people ate Owlchemy Labs. If you’ve played Job simulator, then you’ll know that they’re a perfect fit, as they managed to make the most hum-drum of activities both amusing and enjoyable, with the ideal sort of flippant and contemptuous humour.

Unfortunately, as seems to be increasingly common with PlayStation VR ports of games, there are tracking issues that pop up, making it harder than it should be to interact with the cartoon world in front of you. I had numerous instances where not even a Youseeks could help pick an item from the floor, making me have to reposition my PlayStation camera temporarily. Oddly, this isn’t a problem I had with Job simulator, with the same setup. It’s not at all game-breaking, but it did result in a little more frustration than was necessary. 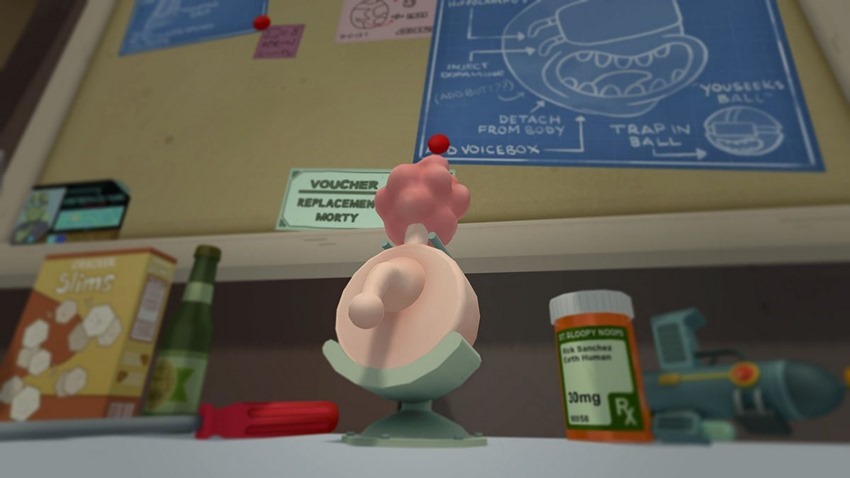 At around two hours long, it’s a concise experience, but the fun and witty writing coupled with performances from actual cast members Justin Roiland, Dan Harmon, Spencer Grammer, Chris Parnell and Sarah Chalke make it unmissable for Rick and Morty die-hards. There’s a fortune of Easter eggs and references to items and events throughout the show, along with a sprinkling of secrets to discover. There’s some tremendous fourth-wall-breaking post-game stuff, but not very much else after that.

And as much as Virtual Rick-ality lets you enter Rick and Morty’s world, it also makes you wish that you weren’t so restricted. It’d be amazing to join the duo on their adventures in other dimensions instead of being primarily stuck in Rick’s garage.