With the long wait until the RPGs I’m really excited to play, Risen 3 could have been the perfect filler game. It boasts large environments, nuanced character upgrades and plenty of side and story missions. Unfortunately, it simply doesn’t work as a game.

Risen 3 explores the story of an intrepid pirate who is killed by a Shadow Lord and returns as a spirit-less version of himself. I’m not entirely clear on the value of a spirit – it seems to just mean that he was lacking in health and ability, but he can carry on without a spirit with relative ease.

Of course, the goal of the game is to regain your soul and take down the evil titan lords who caused these problems to begin with. Not the most innovative story, but it could have worked. The characters are extremely poorly designed, relying almost entirely on such tired stereotypes as the sexy female pirate (who is also your sister) and the darker-skinned voodoo companion. 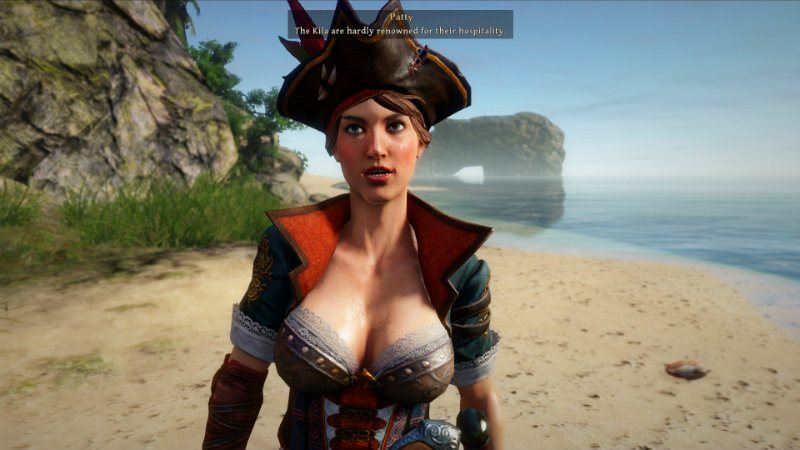 The first glaring issue with the game are the shoddy graphics. Based on the attempts towards epic scale and environments, it’s clear that it is aiming to be a gorgeous game. There are carefully created waves on the ocean and plenty of detailed aspects of the environment. Unfortunately, the textures are so poor with so many glitches and clipping issues that the whole game looks quite laughable. I had times when my companion was glitched into a mountain while fighting, and when I entered one house the carpet would disappear and reappear in pieces, even when my character was stationary.

Just as the visual textures are intangible at the best of times, the sounds also contribute to the negative gameplay experience. While exploring the world, you can find mining nodes. However, despite excellent animation to show the mining, the sound effect is similar to that of tapping your finger on a pile of papers. Nothing has any substance in the game, whether it’s the pickaxe for mining or the sword you swing. Even the voice acting is cringe-worthy. 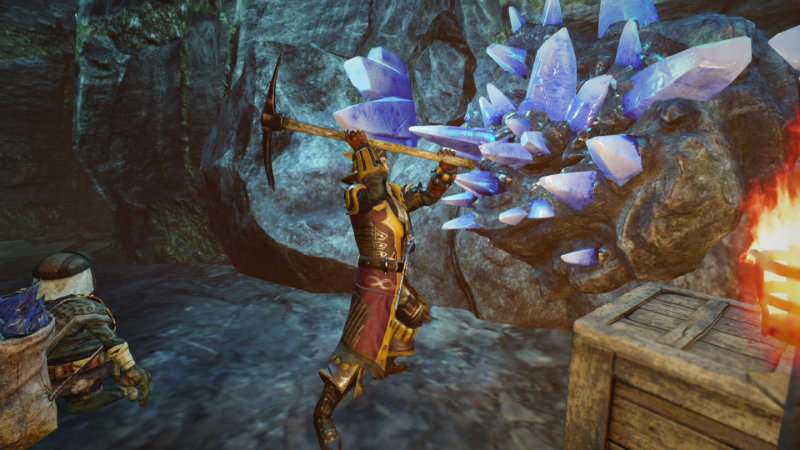 Speaking of swinging the sword, I found the combat to be just about the most clunky design I’ve experienced in recent years. It is slow and unresponsive, something that becomes even more aggravating when certain bosses have minuscule windows of opportunity for attacks. Even worse were the controls for naval combat. I literally threw my controller during one section of the game which involved aiming a cannon from your ship to kill off all the enemy sailors. Aiming and shooting was done with the right bumper and A button, while taking cover made use of the right trigger. This meant that every time I attempted to fire on the enemy, I accidentally took cover instead. It was as though they didn’t make use of any play testers before shipping the game.

Despite the appallingly bad glitches and bizarrely horrendous controls, Risen 3 does show some elements of excellent RPG gameplay. As you kill creatures and complete quests, you gain glory which works like experience. You spend your glory on attribute points to improve your character’s various abilities such as melee or dexterity. On each island you will also find NPCs who can teach you new skills which require a certain attribute level and then can help you improve your persuasion or lock picking. It’s a nicely executed system and helps players pursue a play style that matches their personal preferences. 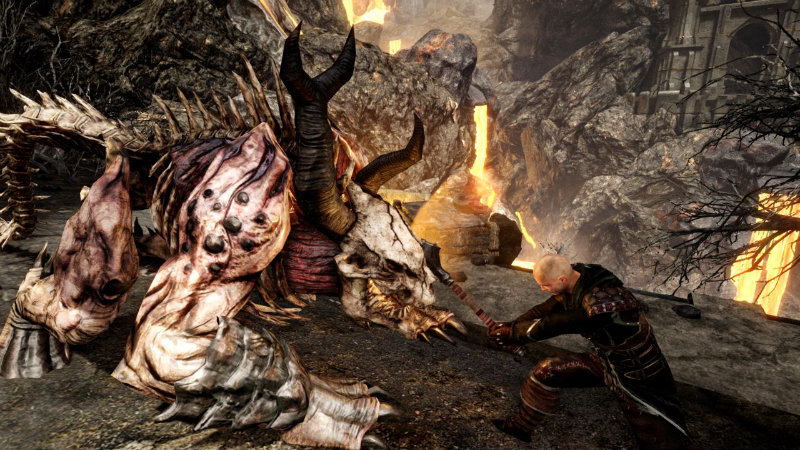 Once you align with a particular group, players also gain those new abilities. However, while you can only align with one guild, you can still make use of various abilities. Spells can either be learned, or spell scrolls can be bought/found. In one particularly difficult battle, I found that I was benefitted by combining my Demon Hunter abilities with some Voodoo magic to maximize my damage. This approach to combat and magic was a lot of fun to experiment with and probably the most enjoyable part of the game.

Unfortunately, your companions aren’t nearly as interesting or customizable. Throughout your journey, players encounter a variety of characters who can be recruited to join your crew. Unfortunately, they are almost devoid of personality, have some atrocious AI in combat and aren’t customizable. This meant that at the game’s start, my companion was much stronger than I was, but by the end the companions had become irrelevant to the point that I’d often forget to take them with me when I ventured into a new area. 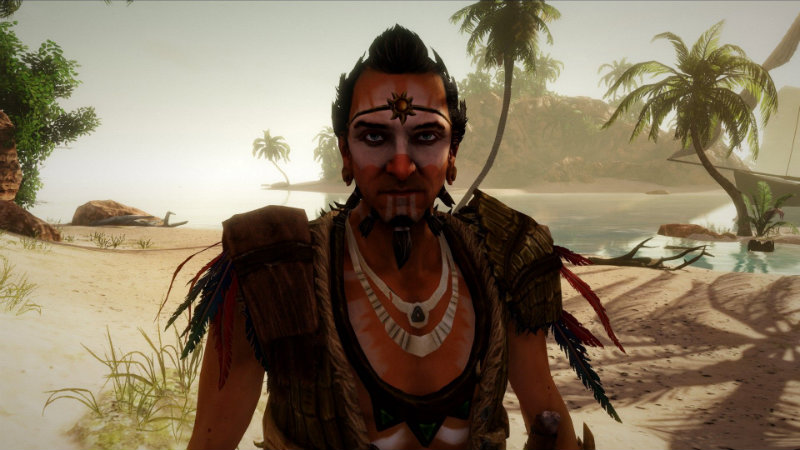 Risen 3 takes place on seven islands, with extensive load times when you travel between them. While the size of the islands vary, most are large enough to make exploration relatively enjoyable, with plenty of side missions to keep you busy in between chasing down the main story quests. The game makes use of teleportation platforms that require a specific stone to active, enabling future fast travel. However, thanks to the layout of the islands, I often found that I was running through the same few areas more often than I would have liked and the lack of underground mapping made subterranean exploration feel like an unforgiving combination of guess work and intuition with minimal reward.

Despite only running about 25 hours in gameplay, Risen 3 took me much longer to complete thanks to glitches, memory leaks and complete crashes. The game would often lag and jitter so badly that I would have to completely shut down the console and restart just to continue. The framerate drops dramatically at times and I learned that avoiding contact with multiple enemies at once wasn’t just an issue thanks to the horrible combat, but also because the system couldn’t handle it and would crash or slow to a crawl.