Fighting games have had a delightful renaissance over the last few years. Once a relatively dead genre, we’ve seen a resurgence of interest in fighting games heralded – in my opinion – by Capcom’s success with Street Fighter 4. That game went back to the series roots, bringing in many beloved characters from games past. With SoulCalibur VI, it feels like the series is having its own Street Fighter 4 moment – to deliver the best game in the fighting game franchise since SoulCalibur 2. 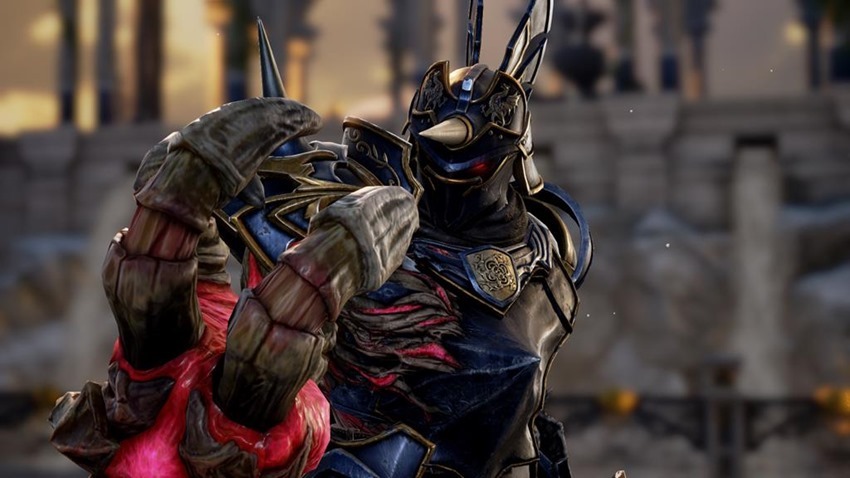 While previous SoulCalibur games have tried to stuff too much into the core fighting, SoulCalibur VI keeps things relatively simple. See, SoulCalibur used to be – and should remain – a simple fighting game at heart. There are just three attack buttons: a vertical slash; a horizontal slash and a kick, along with a guard button and with that, less focus on arcane moves and combos that require pretzels for fingers. The most complicated input for normal moves is a Street Fighter-esque quarter circle, but so few characters rely on them. Instead, it’s a fighting game that more about timing and spacing. Oh, and spatial awareness, because this is one of those fighting games were Ring Outs are prevalent – which means that being in the wrong place can mean getting booted off the edge of the cliff and losing, even if you’ve chipped away more health than your opponent has. 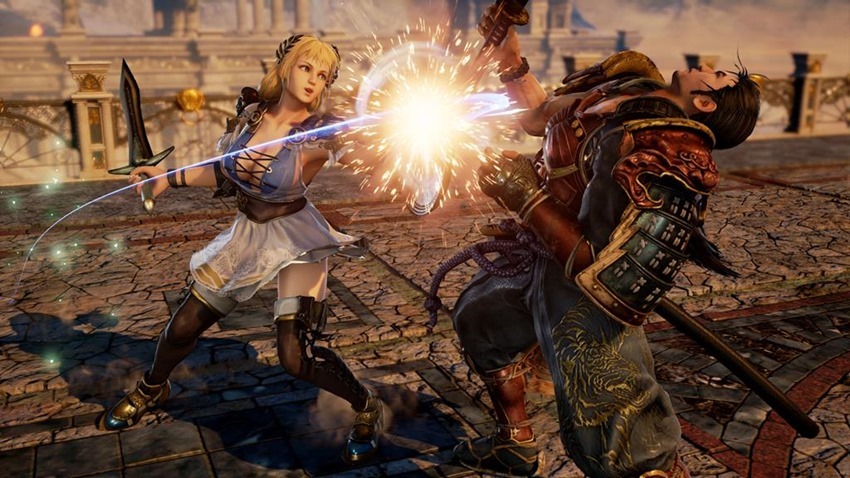 And fundamentally, none of that has changed. This is SoulCalibur as you know it, but it’s been refined and tweaked to make it accessible. That doesn’t mean that’s lacking depth though. SoulCalibur VI is a perfect example of a fighting game that’s easy to pick up and play, but very hard to master. While anyone can grab a controller and mash their way to victory – and even make it look good while doing so – anybody who takes the time to learn the intricacies of its combat will find a deep and rewarding fighting system.

Guard Impact returns, though it’s a little simplified. Instead of both backwards and forward Guard Impact, this defensive manoeuvre temporarily stuns the attacker – but allows them to perform their own perfectly timed Guard Impact, opening you up for a bit of punishment. Like the best fighting games, it’s a mind game, like a fast-paced game of chess, only with swords and assorted other, usually pointed weapons. 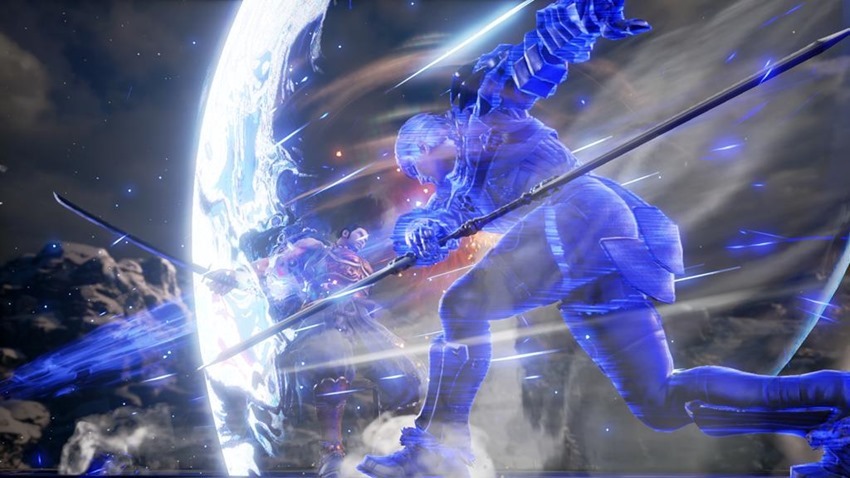 New though, are Reversal Edges. They’re a single button parry that engages a cinematic game that’s effectively rock, paper, scissors. Players can input one of the three main attacks during a reversal edge, with vertical strikes beating horizontal strikes, which beat kicks, which beat vertical strikes. Or, players can choose to just guard. Though it sounds simplistic, it’s a mind game, and there are little ways that players can use Reversal Edges to their benefit.

There are also super moves called Critical Edges. By using a fully charged meter, players can unleash devastating, cinematic attacks that deal major damage – but can easily miss or be blocked. 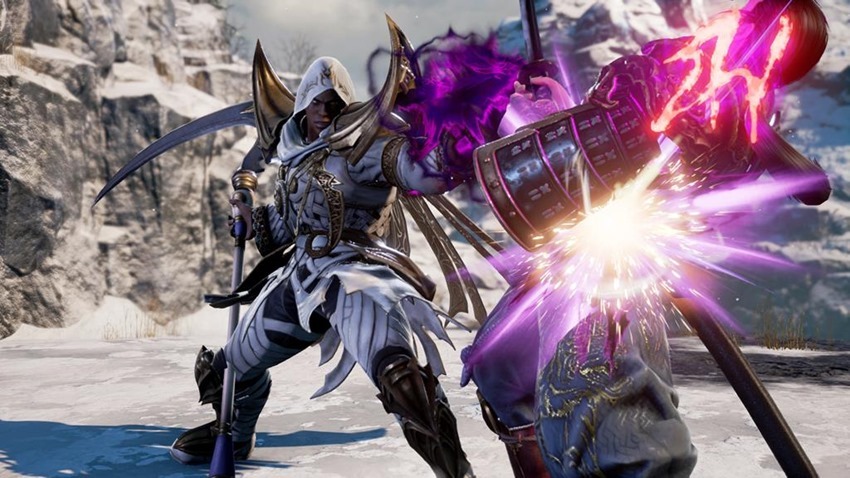 The other major addition is lot more technical and complicated. Called Lethal Hits, they’re enacted when certain moves hit opponents under the right conditions – and send opponents flying about and open opportunities for massive, damage-dealing combos. It’s something that advanced players will use to the full, looking for the right moments to unleash Lethal Hits to turn the tide of combat. These elements combine to make SoulCalibur VI a lot more technical than they seem at first – with lots of baiting and feinting to be found in higher-level play.

For everyone else, there’s a big chunk of mostly worthwhile single-player content. SoulCalibur VI features two disparate single player campaigns. Chronicle of Souls is the traditional, story-based arcade mode that retells the events of the first game, reworked and remixed to fit in the game’s roster of returning and new characters. There’s a main story, as well as a smaller campaign for each character. They’re fully voiced but told through mildly animated panels. Don’t come in expecting a full, cinematic story mode like you’d find in Mortal Kombat or Injustice. 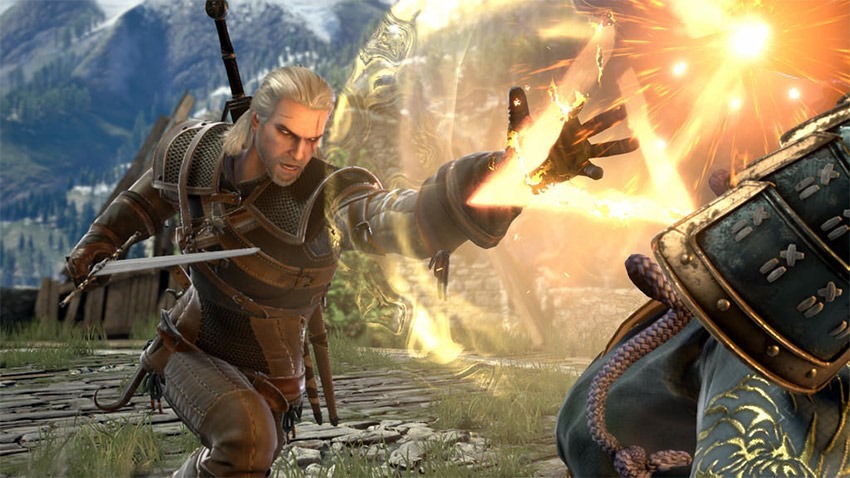 Yes, there’s even one for The Witcher’s Geralt, who’s finally in a game with a decent combat. Unlike other guest characters who’re out of place (Like Yoda!), Geralt fits in perfectly with SoulCalibur’s fantasy medieval aesthetic. His style is based on his two swords, combined with the use of his magical signs like Aard and Igni – and he works well in the 20-strong roster of characters, mostly pulled from the earliest games.

The other single-player mode is called Libra of Souls plays out a little like an RPG. You create a custom character using a fairly robust character editor, and choose a style based on the ones used by the existing cast. You’ll then travel through Asia and Europe exploring and doing missions. Missions can earn players new weapons (which they can switch out before fights, allowing for styles to be changed) as well as items and foods, which can confer buffs during matches. Players will level up, allowing them to use stronger, more effective weapons. There are dialogue choices along the way which dictate the course of your mission, giving it a decent RPG feel. It’s presented almost entirely through text though, so unless you really enjoy reading dialogues, it can become a little tiresome. 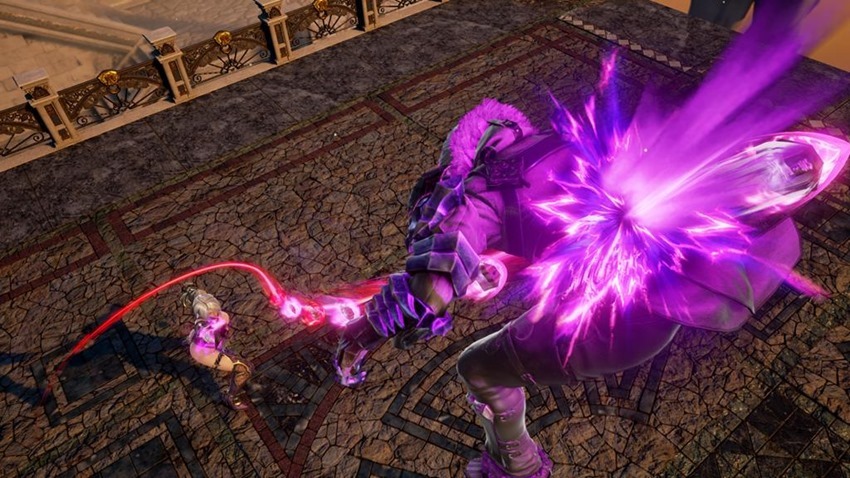 The story modes can also drag on because of the relatively long loading time between fights – which means there’s a lot of text, followed by long load times, then short fights, before moving back to loads of text. It’s slow and plodding, yet something I couldn’t stop playing anyway.

Beyond that, there’s the usual assortment of multiplayer modes including local play and causal and ranked online play. As is usual for us in South Africa, the game is best played against other locals, as games against players without that proximity can be laggy. The game also has some noticeable input lag on PS4, but not enough to hamper the experience at all.