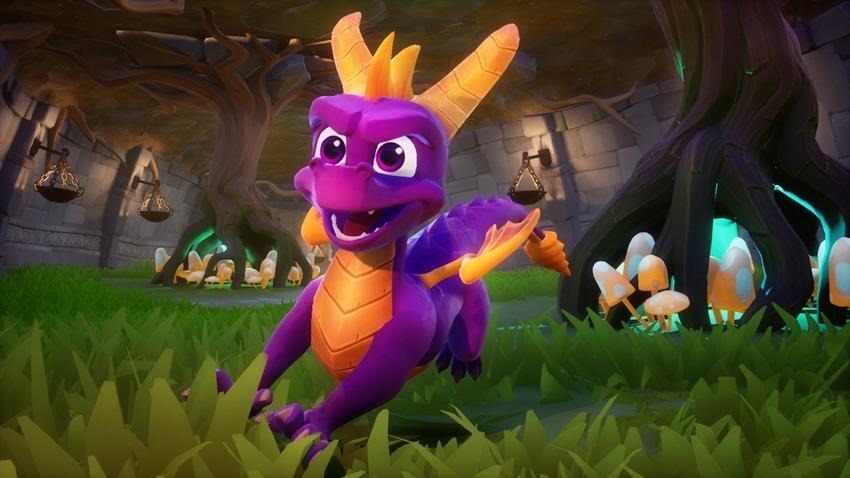 When you’re drafting a list for franchises that defined some of the best studios currently operating in the industry, it’s hard to miss a few grandstanders. If Crash Bandicoot was the first sign of more to come from developer Naughty Dog, Spyro certainly did the same for Insomniac Games. The purple Sony mascot was impressive at the time, displaying some of the best 3D visuals on PlayStation 1 hardware while also featuring large, open-ended levels for players to explore. Two decades later, Spyro isn’t as impressive mechanically, but remake developer Toys for Bob have made sure that its visual splendour hasn’t been lost to time.

The Reignited Trilogy mimics the same treatment that Crash Bandicoot received last year, with all three games in the trilogy being remade from the ground up while paying attention to the details that made the games great in the first place. The collection includes the original Spyro, its much better sequel Ripto’s Rage and the more predictable ending in Year of the Dragon. Each of the three games has all its content intact with little to no changes, considering that major mechanics adjustments didn’t need to be made in the same way they were almost required for when revisiting the first Crash Bandicoot. While that works well for game’s preservation, it does miss opportunities to address some of Spyro’s weakest aspect, many of while fall squarely on its unruly camera system and few options to break it into something more manageable. 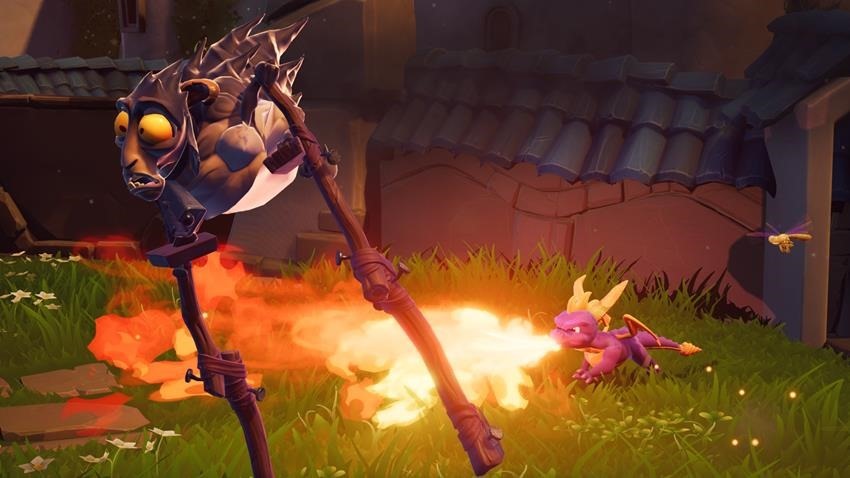 It’s disheartening diving into Spyro’s menus and not seeing broken up control schemes for traditional platforming, flying and swimming, especially when it comes to inversions for the y-axis. Being restricted to one type for both swimming and flying is odd to say the least and can make either one of them feel stranger and more restrictive to control with no remedy. They’re limited aspects to a small subset of stages, and mostly limited to the two latter games, but it’s a disappointing omission that doesn’t fit with more modern standards for platformers today.

Thankfully Spyro’s gameplay holds up, even if another playthrough reveals how simplistic it can be at the best of times. This is mostly evident in Spyro’s first outing, which features none of the clever side quests and additional collectables to hunt for in each stage. The first Spyro gives you all your movement mechanics and collectables from the get-go and struggles to shake things up in compelling ways from start to finish. Its level design is still good, giving you the freedom to explore stages at your own pace. But only having the end of each stage and gems to hunt quickly makes it feel like a monotonous hunt, even if meeting each new friendly Dragon is a treat. 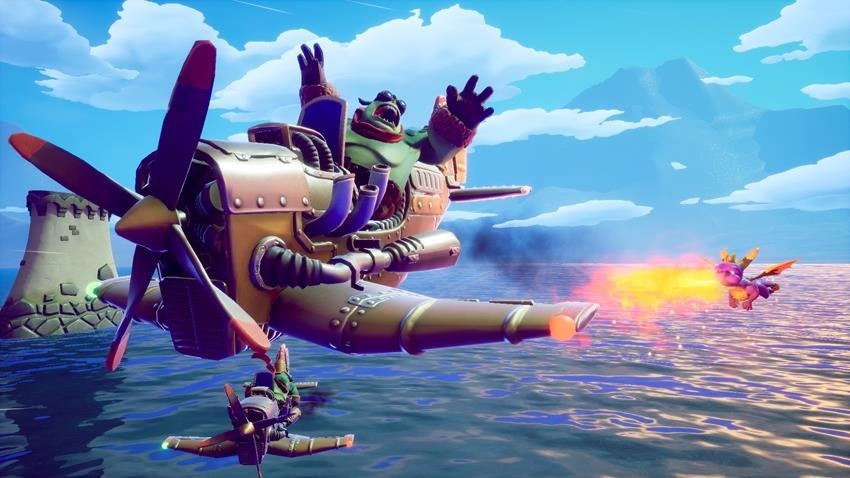 Spyro’s later two games were always considered better overall adventures, and that much hasn’t changed in the remake. Ripto’s Rage, the second of the three, is specifically memorable. Spyro is caught in a conflict in a strange new world, which allows for the game to experiment with a variety of visually stimulating locales and new races of characters. Gems are used better here too, as a greedy old banker bear charges you for new abilities and access to secret areas. It gives you more reasons to scour each level neatly, while also incentivizing returns to older stages with your new abilities in two. Side quests also make an appearance for the first time here, mostly making up short but exciting minigames that range from ice hockey to exhilarating races and chases over the entire terrain of a stage. Some of certainly better than other (even 20 years later that mine cart minigame is still terrible), but the layers of new content over the established (and strong) formula of the original still makes an impression in this remake.

Spyro’s final adventure is just as good, and I found myself appreciating Year of the Dragon a lot more now than I remember when I first played it. Its introduction of new playable characters is nice, but it’s the way each stage has unique elements to cater to their abilities that stands out far more with a keen eye so many years later. Spyro’s level design is simple and short, but even having different avenues to tackle it from with specific abilities is novel. There’s a clear learning process that Insomniac displays over three games, and while not as drastic as other franchises of this ilk (the jump between Crash Bandicoot 1 and 2 was massive),it showss clever improvements to a franchise that started on a much stronger foot than expected. 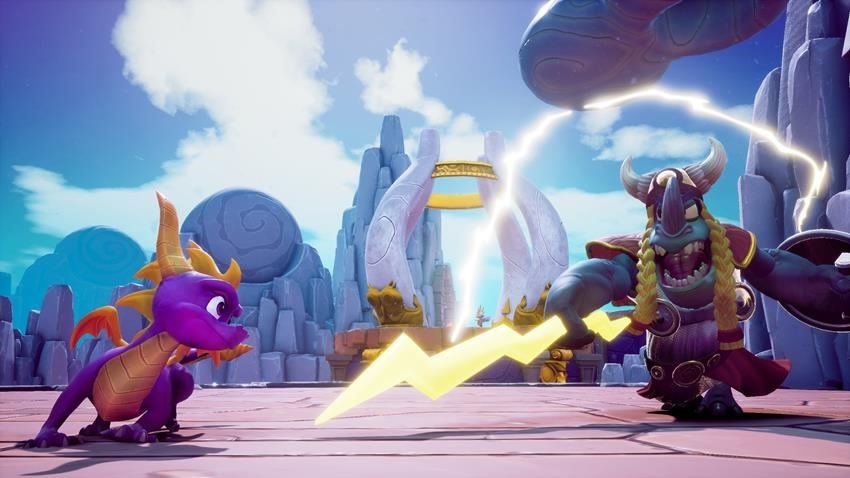 As is the case with so many nostalgic memories of any franchise, you might tend to remember Spyro and its sequels looking far better than they do. That’s where the Reignited Trilogy flexes its muscles the most. This remake is stunning from tip to toe, embracing the visual aesthetics of each distinct stage but imbuing them with stronger colours, more complex character models and a much better approach to making each stage feel part of a larger world. Blades of grass brush past you as you are walking over them and burn into a crisp with each burst of flames you send their way. You’ll immediately recognize each of Spyro’s compatriots and ancillary characters that he meets, but their immense new details make them stand out impressively against their stages. This is how you want to remember Spyro looking like, and the Reignited Trilogy makes a compelling case for you to never seek out what it might be.

The same goes for the reworked soundtrack, which had me humming familiar tunes from Ripto’s Rage throughout its duration. This trilogy gives you the ability to change back to the original soundtrack when you like, but the care taken with this remastering hardly necessitates the change aside from curiosity. The only disappointing facet is the lack of elegance when soundtracks loop within a stage. The change back to the beginning of the track is jarring most of the time, and just comes off as a sloppy footnote to what is otherwise a thought-out visitation to this treasured soundtrack. 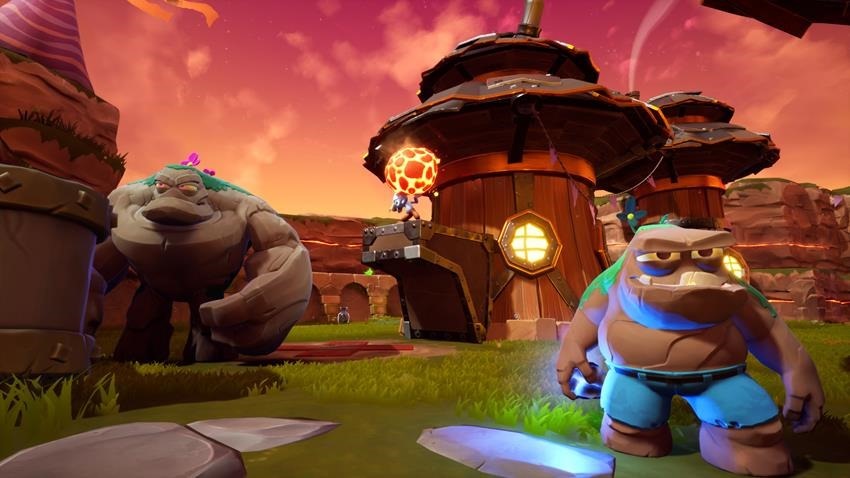 The Reignited Trilogy is a respectful reworking of Spyro’s adventures on the original PlayStation, albeit with small blemishes and missed opportunities to make it a comprehensive and modern interpretation of some of its flaws. This easy platformer is as charming and engaging as ever, with its slapstick humour, colourful worlds and improving level and objective designs. But it’s the smaller details that let it down, with persistently troublesome camera controls in some stages and some jarring audio implementations in others. Spyro has never looked as good as he has here, and his adventures have aged gracefully. But if you weren’t a fan then, you’re certainly not going to have a change of heart now.