At first glance, Super Smash Bros. Ultimate seems like a simple collection of everything that has ever been in a Smash Bros game, stuffed into a single package. And that’s exactly what it is. While it doesn’t have every mode the series has seen, it is home to every single stage and character the party fighting game has ever had. There’s a lot more to it than that though. 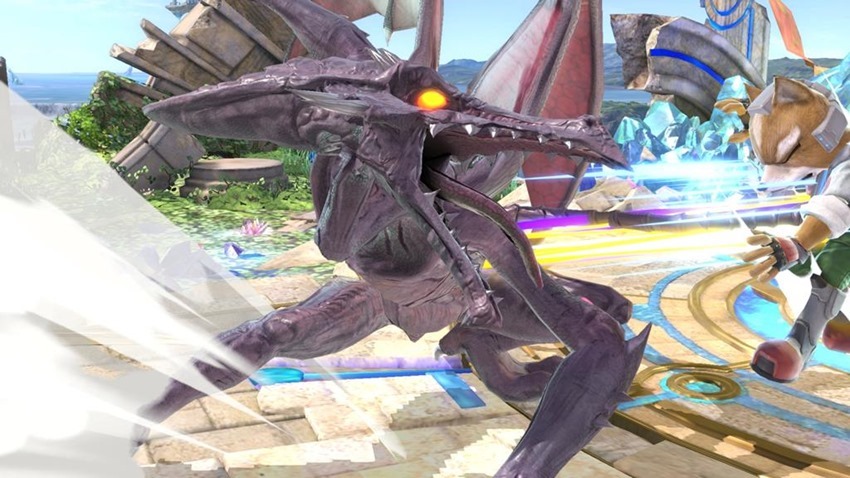 For those unaware, Super Smash Bros. found its genesis on the Nintendo 64, offering a frenetic party game that pitted Nintendo’s first and second party creations against each other. A little different from traditional fighting games, the objective is to knock opponents from the screen instead of depleting their life bars. While that game had just eight starting fighters, and four more to unlock, Super Smash Bros Ultimate has over 70 characters for you to smack about, on over a hundred apt levels. It’s not just characters and stages that Nintendo, Bandai Namco and Sora have thrown into this game though. If you look hard enough, you’ll probably find the kitchen sink. 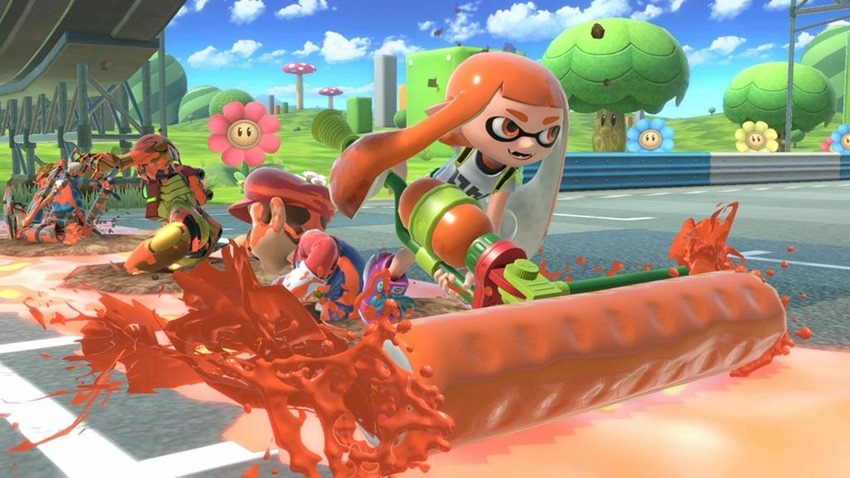 There’s actually so much stuffed into this game that finding a starting point is difficult. The best place to start is probably the extensive single-player campaign called World of Light. Hidden under the Spirits option in the game’s needlessly convoluted menus, World of Light is a ridiculously long and grindy quasi-RPG game mode that I didn’t like very much when I started playing it. The premise to it is simple because, for all the things Smash Bros Ultimate does have, a compelling story-laden narrative isn’t one of them. An unknown villain, with an army of disembodied hands, has turned all of those that would fight against them into puppets. As the sole survivor, you’ll play as the adorable pink marshmallow Kirby, traversing a vast overworld map on which you’ll fight against friends and enemies possessed by spirits.

It’s these spirits that make the biggest change to the game, which at its core is still the same sort of simplified fighting action the series has had since the beginning. Super Smash Bros. Ultimate is still a game that’s all about combining attacks to lower opponent health, which when sufficiently low, makes them liable to fly off screen when hit with a powerful smash attack. All characters effectively control the same, with very little in the way of command movements as you’d find in traditional games. While that seems simplistic, there’s far more nuance and depth than it seems on the surface. Each of the game’s 70-plus characters has different attacks and defensive moves for different purposes, and – as with all fighting games – learning what’s best when appropriate is part of the fun of playing. 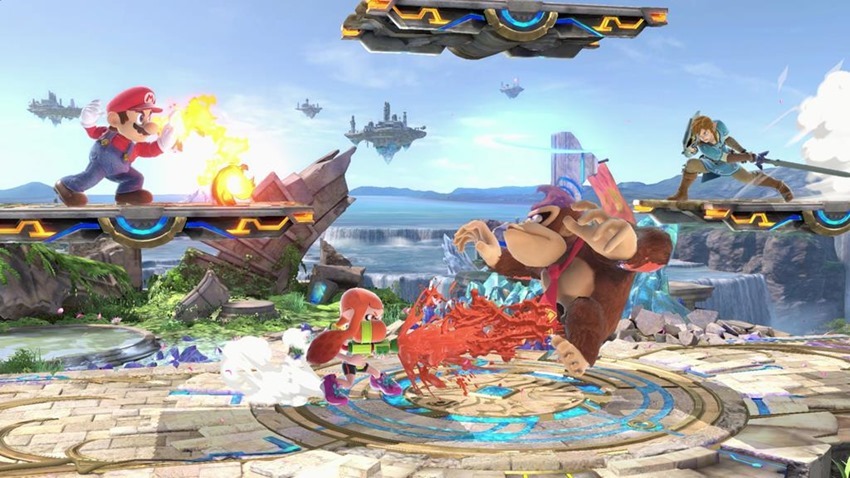 The spirits change things up by offering buffs and other player states. Players can equip primary spirits, along with up to three secondary ones that confer bonus traits. A sprite might let you receive reduced poison damage, while another might grant you increased electrical damage. They’re all upgradeable, with some able to be further enhanced when they’ve reached their maximum levels. Using the right spirits in the right combinations becomes key to success and progress within the extensive campaign. There’s some clever use of spirits in the World of Light adventure mode too.

Though the game already has a mammoth roster, spirits can be used in conjunction with other characters to appropriate their styles. In one section that’ll make any Street Fighter fan grin from ear to ear, Donkey Kong is possessed by Blanka’s spirit, so he’s given a green hue and an electric attack. There an awful lot of this in the campaign, and much of it is fiendishly clever, stuffed to the brim with nods and winks to fan-favourite games and franchises. While I started out less than enthused for the campaign – longing for something closer to Brawl’s Subspace Emissary – I ended up appreciating the finer details and loving fan-service, as well as the grind. The whole thing easily runs three dozen hours – and even when you think it’s nearing completion, it’s far from it. 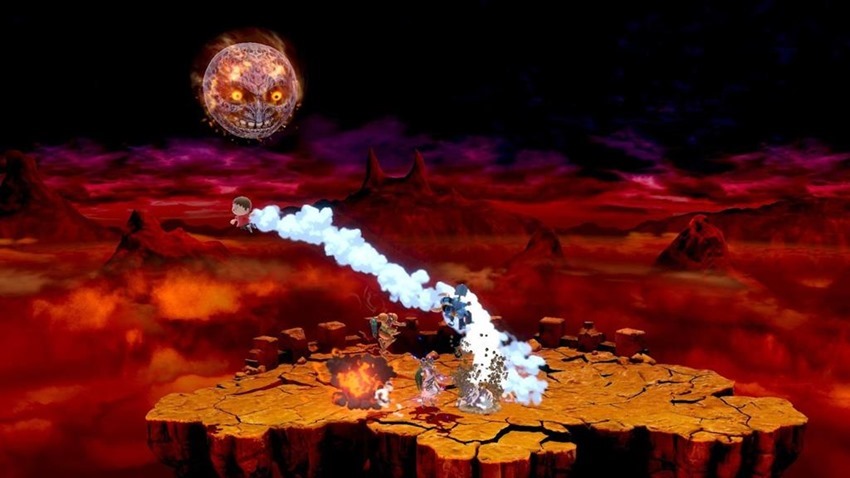 Outside of that mode, there’s a collection of the usual favourites. Classic mode is back and is the best its ever been. Every single character has a suitably themed classic mode that’s analogous to most fighting games’ arcade mode. Pick a character and fight through a series of opponents before battling a boss. As you progress though, the fights increase in intensity based on how well you do. You can even pick your starting intensity, paving the way for some potentially tough battles. Though it doesn’t have the plethora of pointless mini-games from games past, there’s more than enough to keep players engaged. Of course, the primary Smash mode is here, allowing for fights that can be customised between timed and stock battles, for up to 8 players at a time. That sort of game is far too frenetic for my liking, and most serious players will stick to four player ones. There’s a built-in tournament mode even, allowing easy hosting of competitive events for up to 32 people. There’s now an online mode, letting you take your Smash skills to the wider internet. Like most fighting games, it seems to run on a peer to peer basis. That means that getting paired up with people who aren’t in your nearest proximity can lead to an unfortunate amount of lag, while games with friends in the same country are often as smooth as butter. One of the nice features – also taken from other fighting games – is background waiting, so you can play the game alone until a match with your specification comes along.

Also worth noting is the game’s controls are good, no matter which option you choose. The Pro controller (and presumably, the GameCube one once the adapter is available) are best, but Super Smash Bros. Ultimate’s action is tight, responsive and comfortable with a pair of Joy-con controllers. Though it’s missing the extra stick, even a single Joy-Con works just fine.

It looks great, plays better and is stuffed with characters, stages and stuff to do. Like a fan’s fever dream, Smash Bros is the only series that could get away with having Ryu, Mario, Solid Snake, Pac-Man, Mega Man and Cloud fighting each other – and be this much fun doing it.