People might not always like sequels, but the truth is they make a lot of financial sense for studios who want to build on the success of these films and hope to expand on them a little more while making a movie that is financially less risky than a wholly original film. It’s not always popular, but it makes sense. For good movies, I am happy with this as they deserve to have sequels made from them. When sequels get made of bad films that weren’t original in the first place – there is only one thing to ask – Whyyyy? 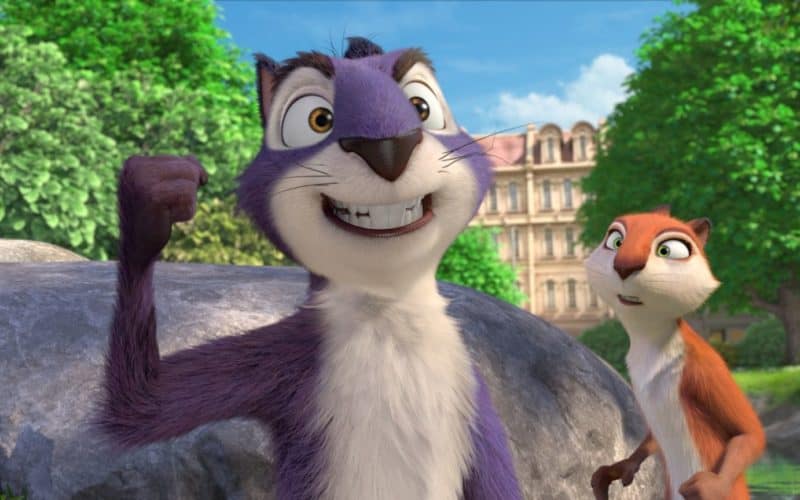 The first Nut Job movie was not a good movie at all and sadly its sequel is probably even worse. In an age when animated films are often considered the bastion of consistent quality, it seems that Open Road films is fast proving the opposite and make animation films that are clear duds.

The Nut Job 2: Nutty By Nature pretty much carries on where the first film left off. With the park animals now in possession of a seemingly endless supply of nuts, it appears they can live their lives out with relative comfort and use their time to indulge in endless fun rather than needing to search for food all the time. However, when this food source burns to the ground, the animals have to get once again used to life in the park and searching for their own food. It’s something which doesn’t appeal to lead character Surley (whom not even Will Arnett can make enjoyable), whose quest for laziness to find food leads him to come up with even more inconceivably tricky ways of finding food elsewhere. 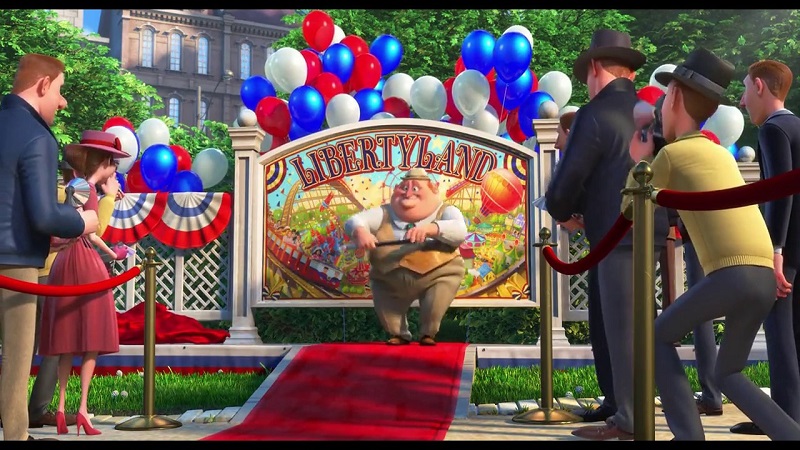 However, despite settling into their park life fairly smoothly, all is not well when the town’s mayor decides to turn the park into a massive theme park instead, which means the eradication of the park and all of its animals. The animals are not going to take this situation lightly and initiate a fight back to not only reclaim the land that they feel is rightfully theirs but also show the major to be greedy and corrupt at the same time.

It sounds like a comprehensive story, but it’s not, and there really isn’t a lot of depth to it at all. The Nut Job 2 takes the Michael Bay approach to sequels and in the absence of a decent story replaces it with action and lots of explosions. Yes, this film about cute park animals is filled with explosions and ridiculous action scenes. This may be good fun in an action movie, but when its supposedly harmless park animals performing unbelievable feats of mayhem and destruction, its just plain stupid and I doubt kids will even enjoy this. You almost get the impression that director Carl Bunker is secretly going to forward this animated movie to Michael Bay in the hopes of getting a directing job in one of his action-oriented films instead. 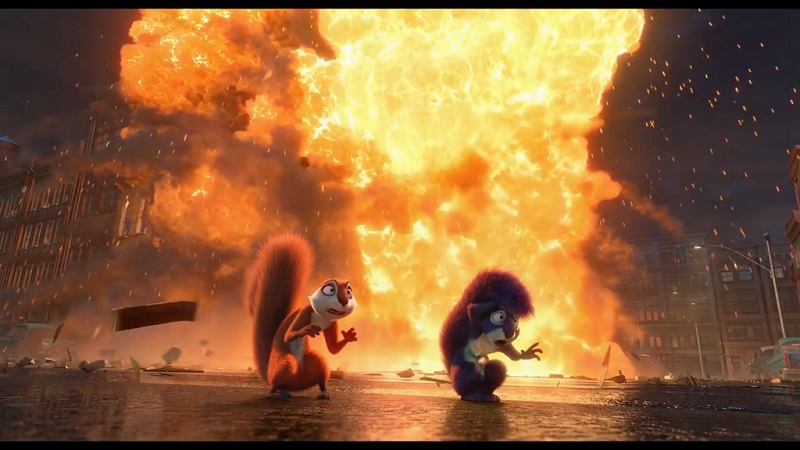 It has a stellar voice cast featuring Will Arnett, Maya Rudolph, Jackie Chan, Katherine Heigl, Bobby Cannavale, Isabela Moner, Jeff Dunham, Gabriel Iglesias and Bobby Moynihan. However, they are all wasted with this predictable script lifeless characters. It could be forgiven if the film at least had lots of humour or an interesting plot, but the script by Carl Bunker, Scott Bindley and Bob Barlen is devoid of humour. The characters themselves are entirely unimaginative and built around horrendous and at times offensive stereotypes and clichés that have all been done before. The animation work and bright colours are mostly well done, but not all characters seem to fit their actor’s voices which makes them feel completely out of place in the film.

And while the animal characters are not well drawn out, I it’s the human antagonists which draw most of the criticism, as they are so evil and unlikeable that it’s almost unbearable to watch without your face getting stuck in a cringe position.  You don’t expect well drawn out characters in a movie essentially aimed at kids, especially on the villain side of things, but it’s a little too much and you just want to fast-forward these scenes. 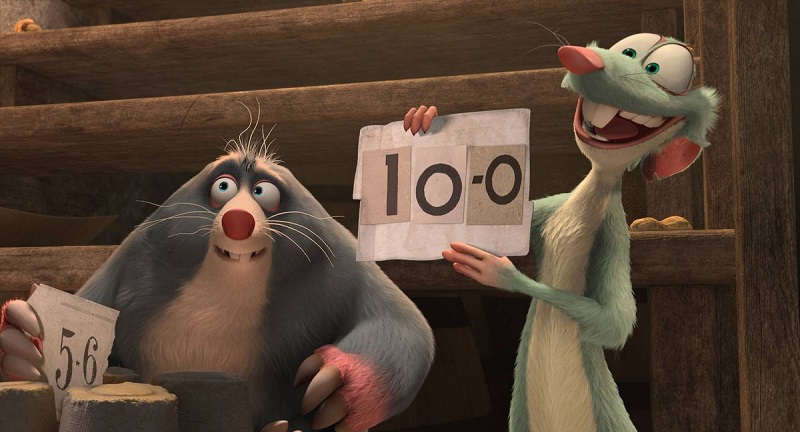 Nut Job 2: Nutty By Nature is a terrible film. There are a few scenes that kids might enjoy, but I’m pretty sure before the end of the movie they will be begging you to watch something else instead. It’s a sequel to a film that didn’t deserve one and featuring a script and story that would never have been made if it weren’t a sequel. Stay well clear of this film. Your kids might want to watch it based on the cute DVD cover, but if you can try to distract them with any other animated film instead.