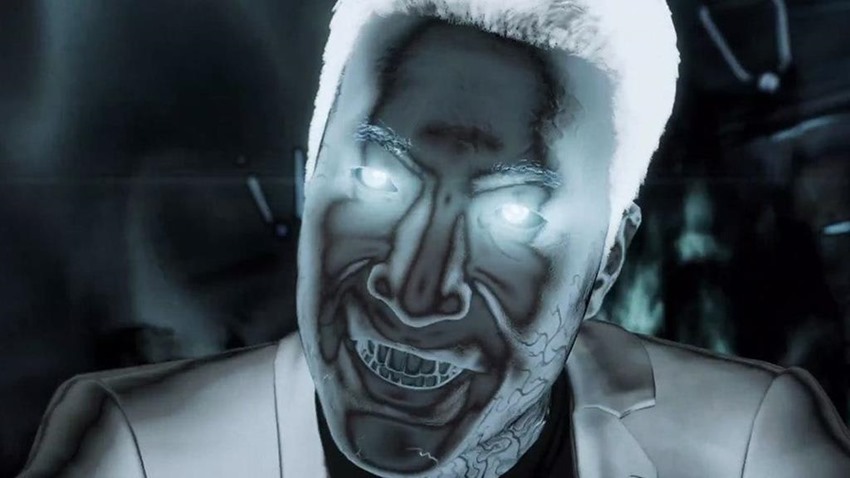 There can’t be light without darkness, nor can darkness exist without light. That’s an idea which exists within Mister Negative, a villain who is both vile and tragic, a man torn between dual identities. A charitable soul and a ruthless engine of hate within a single body, Mister Negative exists on a pendulum which is divided between the forces of kindness and hate.

With the potential to heal the sick or corrupt the pure, Mister Negative is a being of conflicting duality, a force of nature who is at war with both himself and humanity. 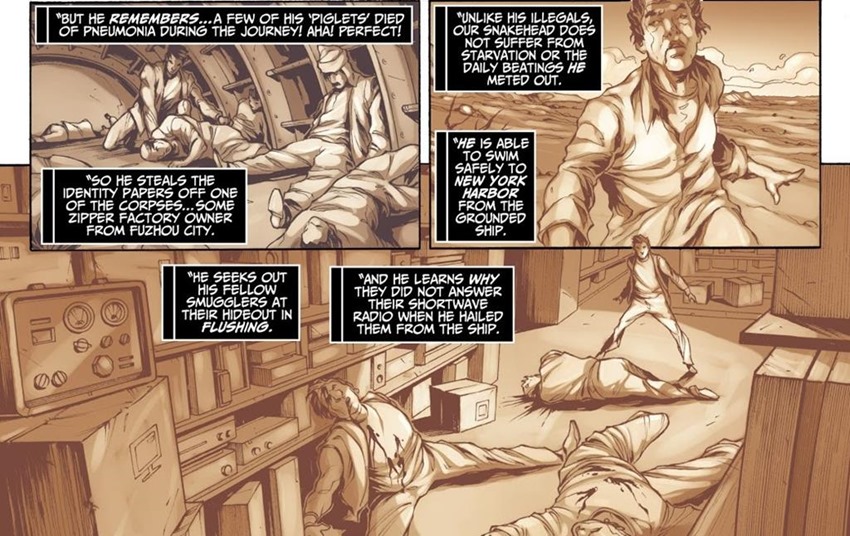 No one knows who Mister Negative truly is. A revenant of revenge, a phantom who has the power to corrupt even the most noble of hearts, Mister Negative’s daily disguise of philanthropic businessman Martin Li is a facade that hides the true identity of the man who would become an infamous criminal within New York City.

Originally a member of the Snakeheads gang, the origin of Mister Negative lies in the past of a mysterious individual who would help the crime boss Silver Fang move Chinese immigrants to the US of A in inhumane trafficking schemes. When his ship crashed in New York, the gangster would steal the identity of the deceased Martin Li and attempt to start a new life in the land of the free.

It was not meant to be. Instead, “Li” was captured by the Maggia mafia’s Silvermane, handed over to rogue scientist Simon Marshall and subjected to an experimental drug known as D-Lite that was meant to hook New York’s populace on a new high. Having already killed scores of other unwilling test subjects, Li survived the testing alongside two other victims: Tyrone Johnson and Tandy Bowen, the duo of runaways who would become known as Cloak and Dagger. 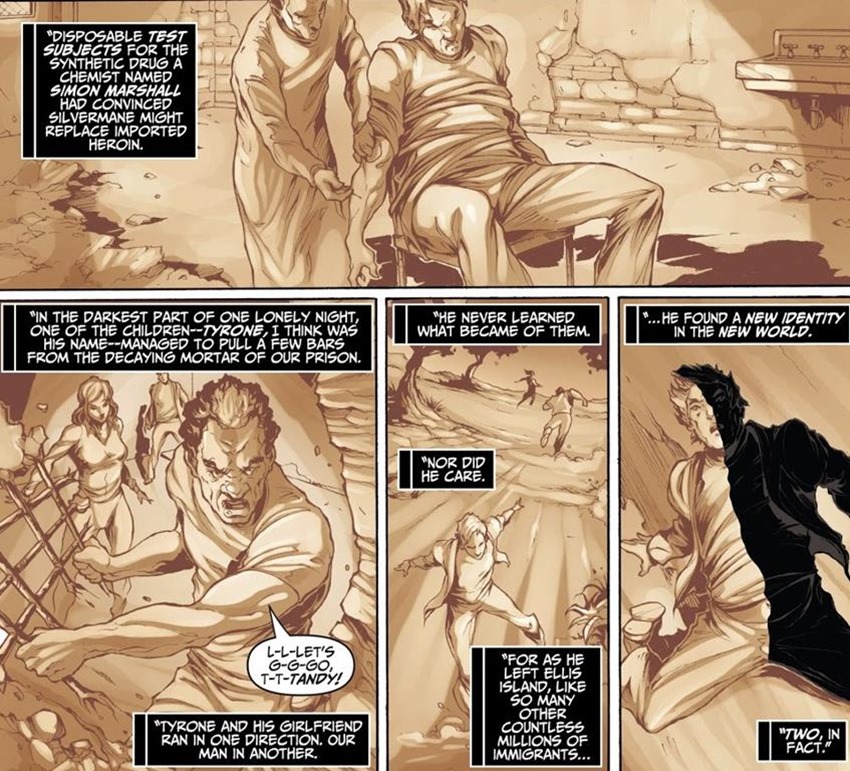 While Cloak and Dagger could harness the energies of the Darkforce and the Lightforce thanks to the lingering effects of the drug, Li found out that he had the ability to channel both streams of energy within his body, resulting in a dissociative identity disorder that gave birth to the charitable Martin Li and the darkness within him that manifested as Mister Negative. The kicker? Li is completely unaware of Mister Negative, and has no idea what happens when the evil persona assumes control of his body.

Whereas Li saught to help humanity and established his F.E.A.S.T centres to protect the homeless, Mister Negative began work on creating a new criminal empire in the heart of Chinatown, hellbent on exacting a brutal revenge against the Maggia Mafia. Taking control of the White Dragons, Li’s rise to power eventually crossed paths with Spider-Man, with the two battling each other numerous times. 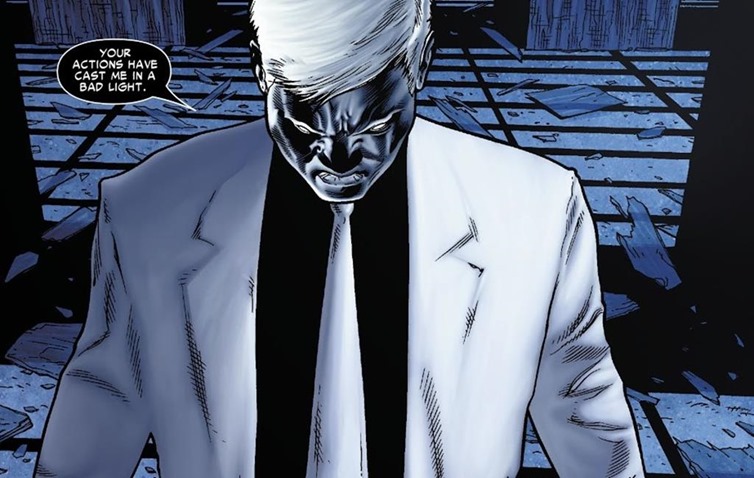 Mister Negative would also wage war on the vast supervillain gang of the Hood, run for office in New York City and attempt to corrupt all of New York City with the Shade drug. Often down but never out, Mister Negative is a cunning leader whose duality shows both the good and the evil that humanity is capable of. 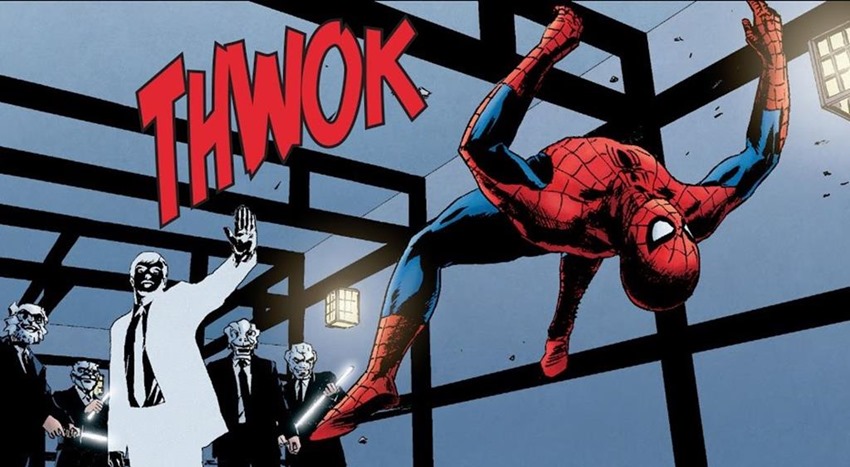 With the Dark and Lightforce coursing through him, Mister Negative is able to perform feats of strength far beyond that of a regular human of his size and weight, easily sending heroes such as Spider-Man hurtling through buildings with the mere flick of his palm. While no exact limit to is strength has been found, Mister Negative’s physical power makes him more than capable of holding his own against scores of non-powered threats. 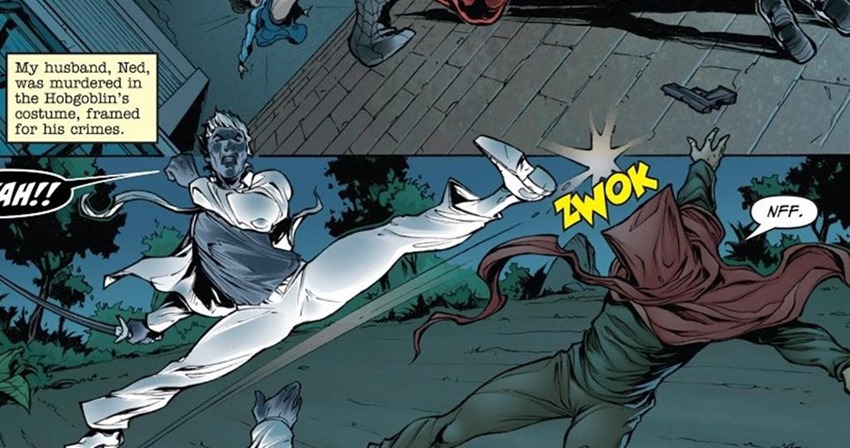 Able to anticipate and react far faster than a normal human, Mister Negative once managed to dodge bullets fired from the guns of The Hood and even slice them apart with his sword. 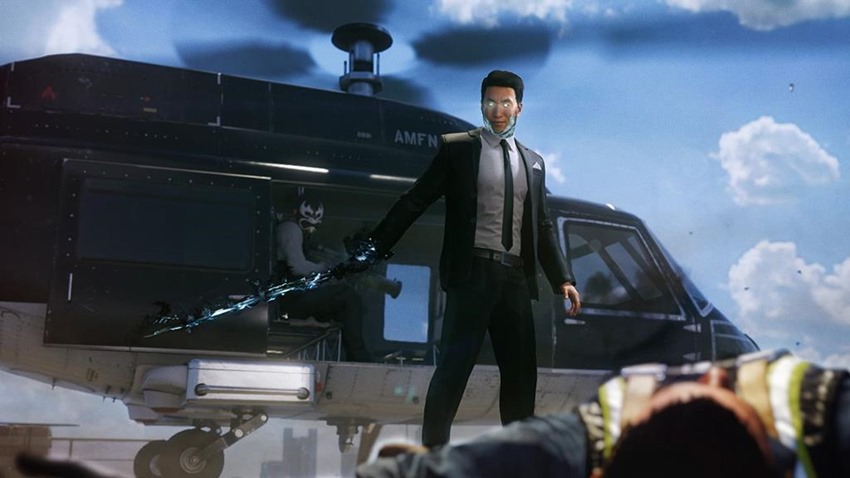 By focusing his Darkforce energies into objects, Mister Negative can enhance weapons with supernatural properties that makes them deadlier, harder and capable of unleashing Darkforce attacks.

Martin Li is capable of transferring Lightforce energy into sick and wounded people, healing them of their injuries and empowering them to better themselves. At the height of his power, Li was even capable of recharging the Symbiote particles within Eddie Brock’s system, healing him of his Cancer and sparking the birth of a new symbiote that would join with Brock to create Anti-Venom. 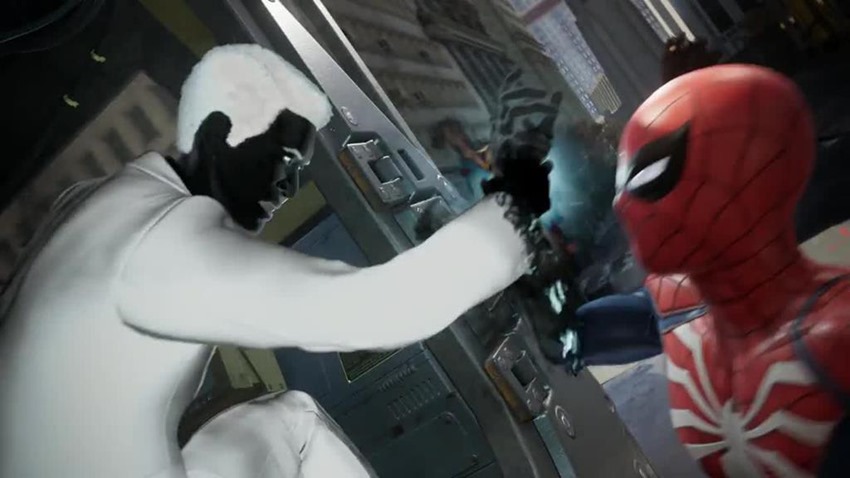 On the other end of the spectrum, Mister Negative can overwrite the personalities of anyone he touches, forcing them to do his bidding and inverting their morals. Affected individuals take on a photo-negative appearance much like Mister Negative himself, and will happily die for their new master. This power works according to the moral alignment of the victim, with the outcome resulting in them becoming the polar opposite of who they truly are.

When Spider-Man was corrupted by Mister Negative, his sense of responsibility and altruism gave way to a new persona that was selfish, vindictive and more than willing to kill when people crossed his path. While the effect can be temporary, breaking free of Mister Negative’s control requires a Herculean amount of willpower as an individual’s new personality fights to assert its dominance over the original. 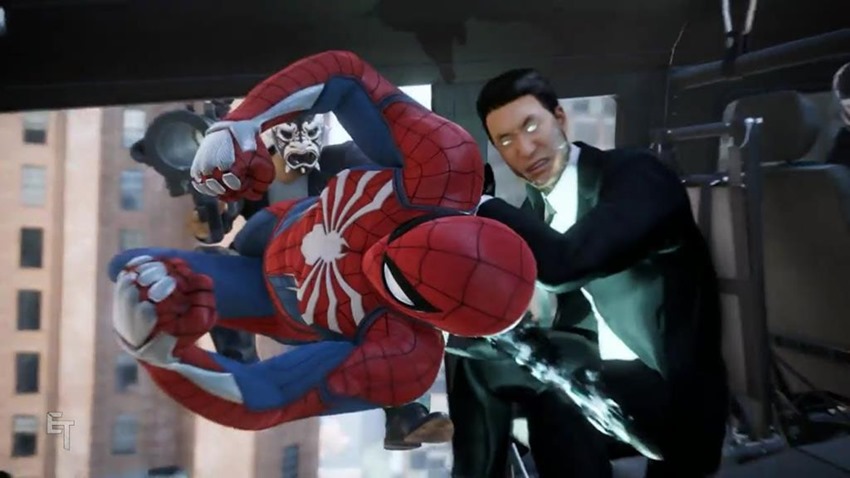 The first appearance of Martin Li introduces Peter Parker to a man who emphasises the best of humanity, but little does he know that Martin Li has a dark secret within him that is just dying to break free. 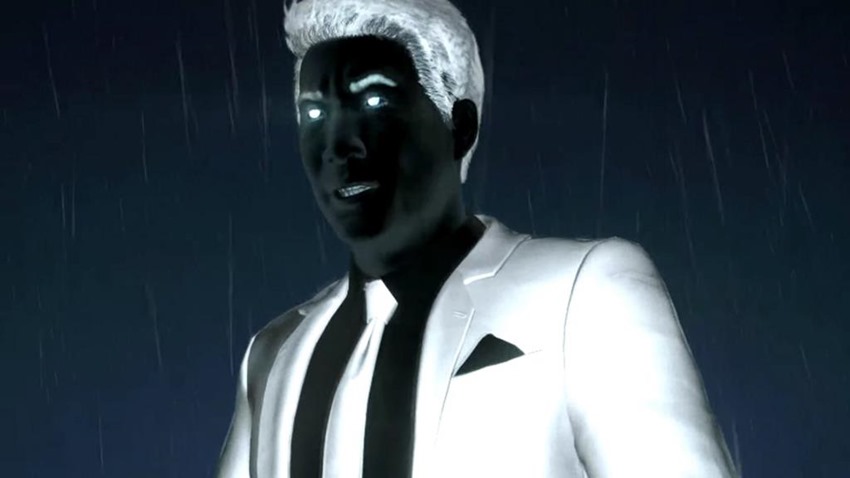 Hell’s Kitchen is under siege, with the Hand having established a foothold in the city and taken control of all the crime families in New York City. Sensing a chance to strike and grow his power, Mister Negative is ready to go to war with The Hand, but not before he manages to corrupt a few heroes to his cause. 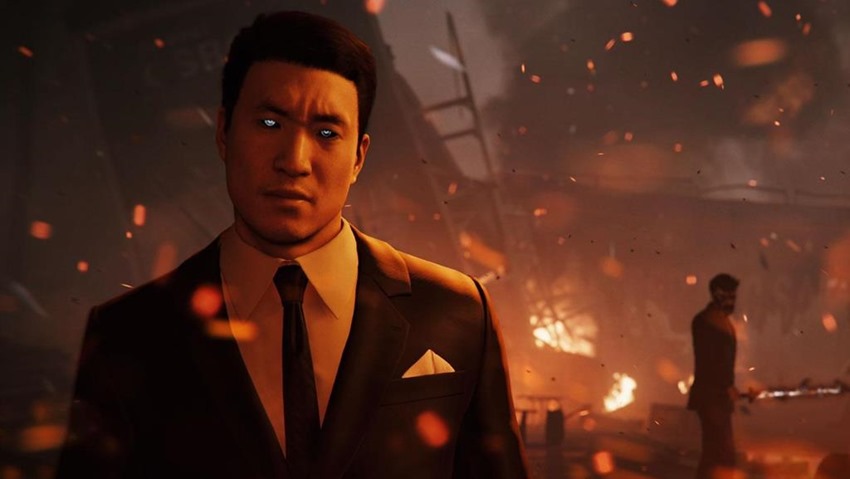 The heroes have been defeated, Norman Osborne controls America’s security with an iron fist and Mister Negative has seized the opportunity to expand his empire. But can the might of his corrupting touch prevail against a supervillain who has assembled an army of super-powered criminals to fight a war against the underworld?

It’s a secret war between New York’s worst, with Spider-Man caught in the crossfire! 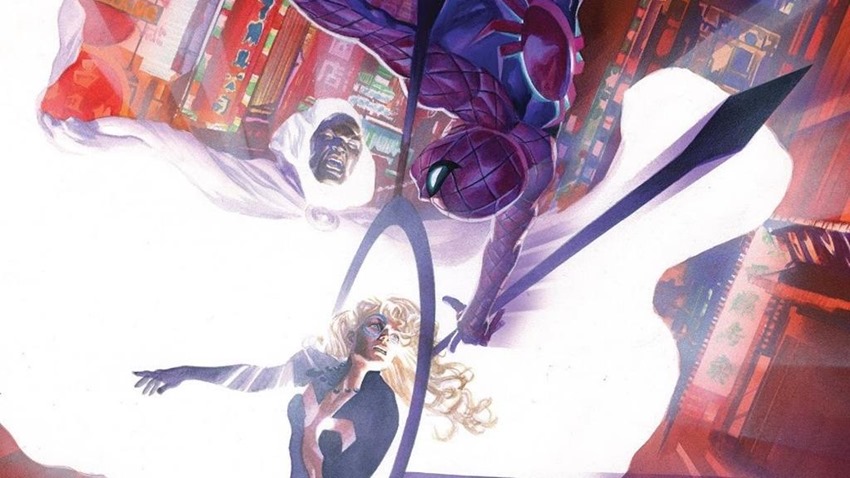 Mister Negative’s ultimate plan to spread his corruption further than ever before is brought to light, and only Spider-Man can stop him! But can the amazing wallcrawler stand up to the might of Mister Negative, an army of Inner Demons and Cloak and Dagger? Time to see just how many new toys Peter Parker has developed with his newfound wealth and technology that takes the war on crime to global levels of intrigue! 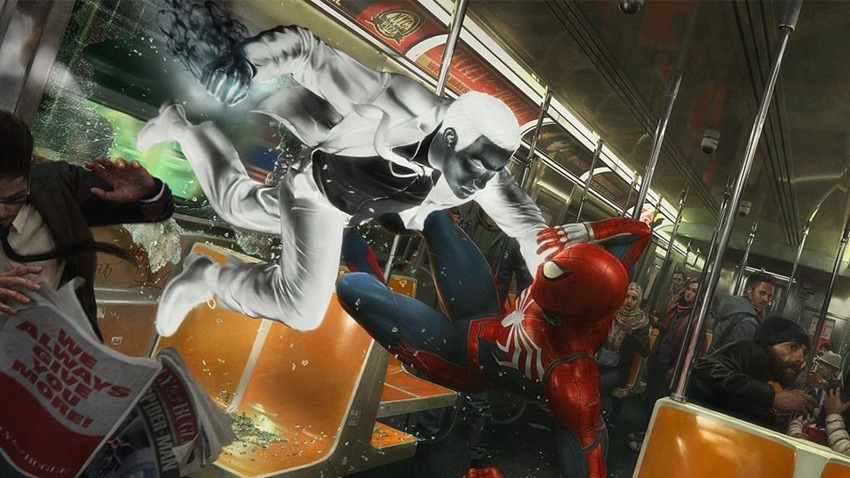