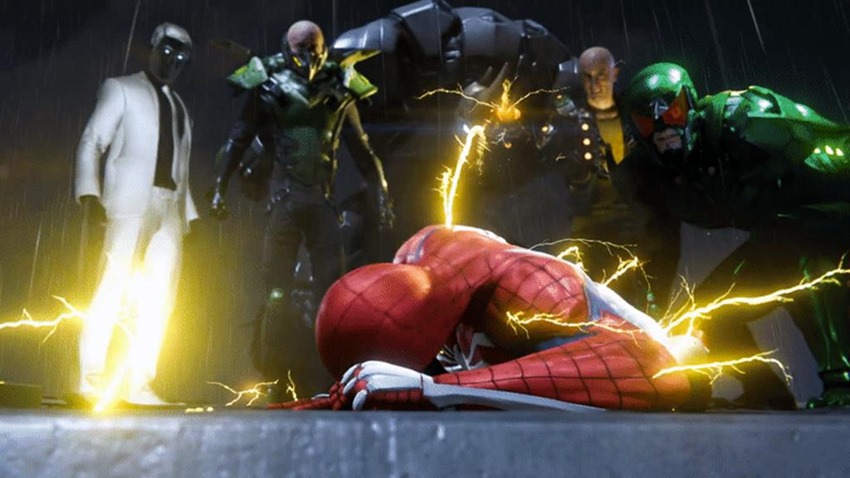 Marvel’s Spider-Man is the kind of game that is packed with plenty of villains to fight. From run of the mill Yancy Street thugs to high-level threats such as Mister Negative and Electro, Spider-Man has his hands full dealing with a quintet of villains who have a sinister reason for banding together and seeking vengeance.

Did I say five villains? I actually meant more than that, as the only way to keep a webhead down for good is to assemble a Sinister Six. Someone is pulling all the strings in Spider-Man, gathering the most nefarious of nemeses together and forming a plan to take control of New York City. But who? Well we’ve played the game and know exactly who it is, but we ain’t telling just yet.

What we are doing, is taking bets on who’s really hiding in the shadows, with a list that provides plenty of solid leads. Or maybe it’s a list of red herrings, because we’re dicks. You’ll never know. If you’re keen to get in on this action, we’ve even included some betting odds and you can leave an envelope full of cash at the usual address of that dodgy pipe behind the rear exit of the Critical Hit offices and we’ll totally honour any bets placed. For real this time.

So onto the main event! Who’s the mystery villain of Marvel’s Spider-Man then? 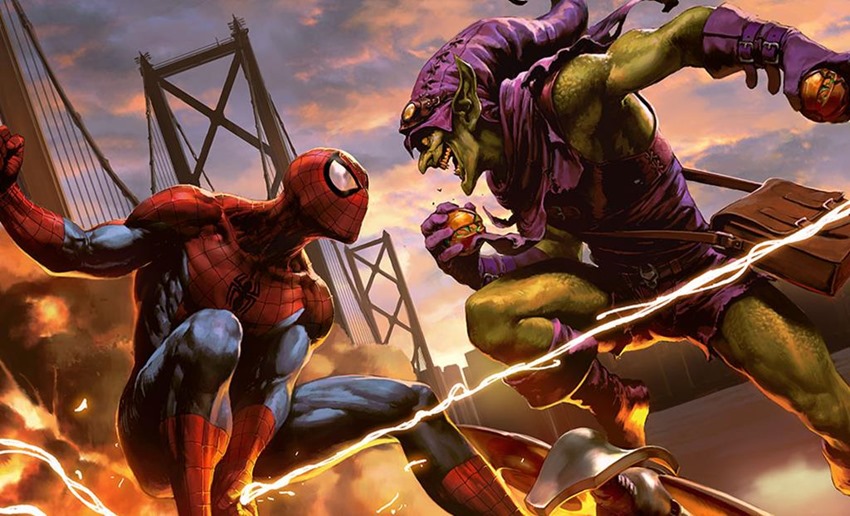 It just wouldn’t be a Spider-Man game without a goblin causing chaos, and who better than the OGG (Original Green Goblin)? What we do know is that Norman Osborn is present in Marvel’s Spider-Man, mayor of New York City and still running Oscorp. That’s never enough for the billionaire however, as he’s always pushing the envelop on human evolution, eventually resulting in the Goblin serum that makes an ordinary man stronger, tougher and far more intelligent.

Oh, and also quite mad, but it’s totally worth it just to be ripped without putting in any gym effort. Right? As the Green Goblin, Osborn is a force to be reckoned. A glider packing deadly weapons, a bag of tricks and an unpredictable psychosis makes for a fascinating villain, one who quite often strikes at Peter Parker first and Spider-Man second. 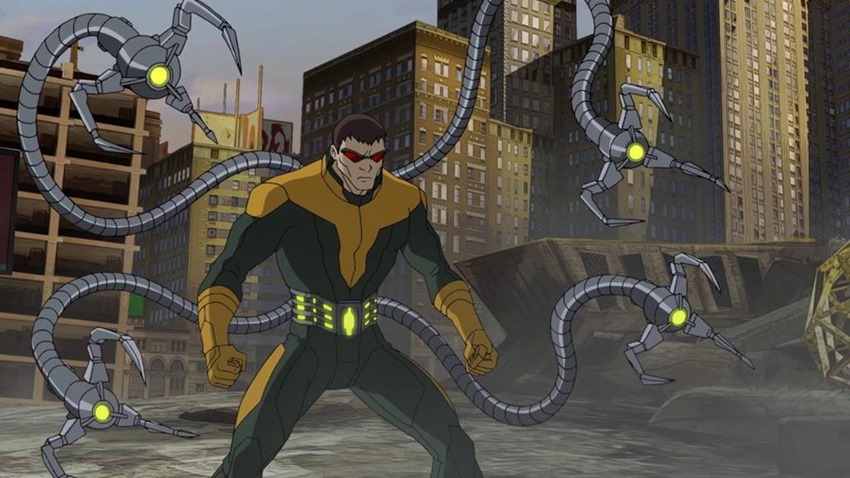 Poor Otto Octaviaus. No matter the origin, Dock Ock’s tale is always tragic and usually sees one of the greatest scientific minds on the planet regarded as a mere afterthought. If it wasn’t for his immense ego, Doc Ock would be capable of leading the world into a new golden age, but his desire to prove himself the intellectual superior of any mind in the room is always his undoing.

In many ways, he’s truly the greatest nemesis that Spider-Man has ever faced, a dark mirror of genius without heart, superiority without compassion. Which makes for a terrific antagonist to battle against. 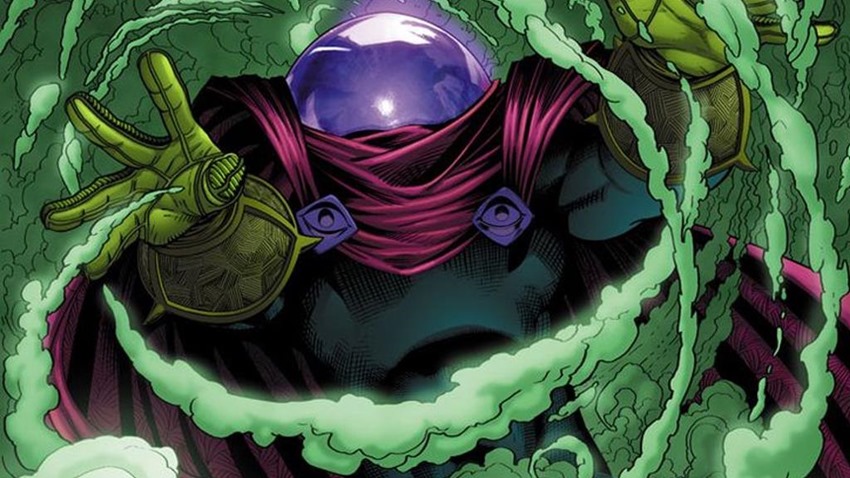 Misdirection! If there’s one thing that Mysterio is known for, it’s a costume that looks absolutely ridiculous and involves him wearing a gigantic fish bowl on his head. Okay, two things! Two things that Mysterio is know for, one of them also being his ability to heckin’ bamboozle even the craftiest superhero on the streets.

With the unlimited scope of a video game, Mysterio’s ability to cast illusions and warp expectations should make him a thrilling villain to encounter, one who always has a trick up his sleeve and an escape plan ready for the impossible eventuality of his latest scheme being foiled. Silly but awesome, Mysterio is long overdue a return to greatness. 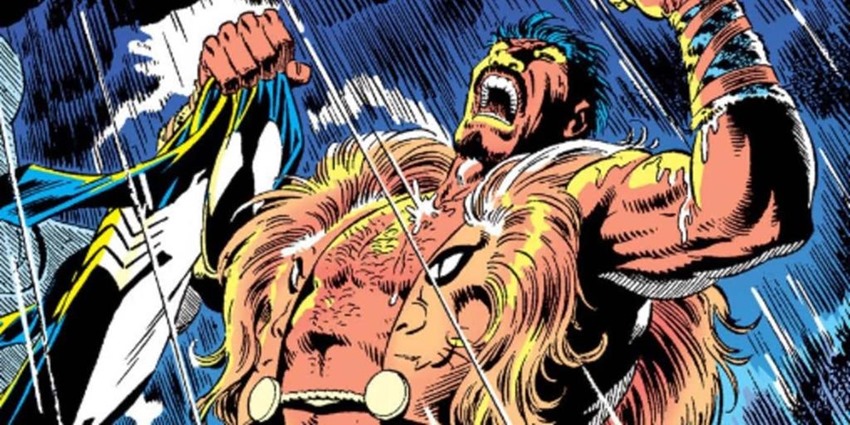 Spider-Man, the deadliest game. Having successfully hunted every deadly beast on the planet, Kraven is a unique force of nature who represents the unbridled nature of man’s thirst for conquest over his domain. Usually ending up as a punching bag in the cartoons and video games starring Spider-Man, Kraven has taken a darker turn in comics lately and has emerged as an unhinged individual who longs for a final hunt that’ll end his immortal suffering.

Would he be out of place in Insomniac’s more grounded reality within Spider-Man’s world? Possibly, but that doesn’t mean that he would be unwelcome either. 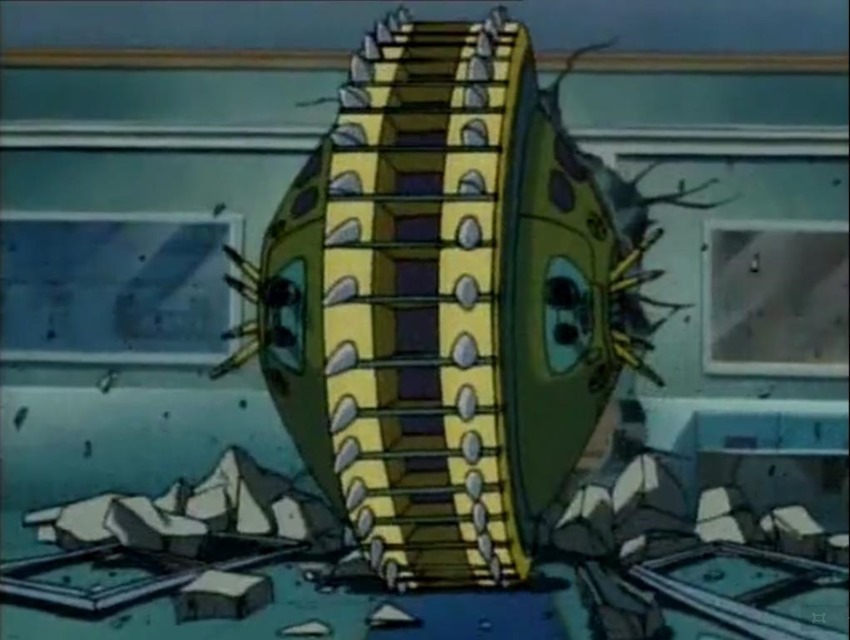 TWO WORDS! BIG! WHEEL! BIG WHEEEEEEEEEEEEEEEEL! Not even Spider-Man could see this coming, as Big Wheel is finally ready to be taken seriously! 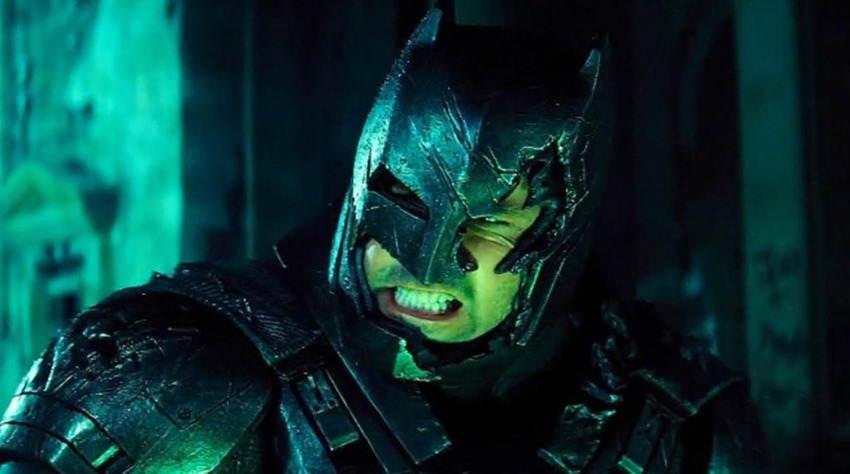 There’s only room for one blockbuster superhero video game franchise, and it sure as hell ain’t going to be starring some punk kid who didn’t inherit a vast fortune and multiple psychological issues that he uses to wage a war on crime. Peter Parker? More like Peter Parkham am I right?

Odds: One million Marthas to one.