And it is with this in mind that when there is a big movie on the horizon, that we will be getting the inevitable tie-ins that come with it. And in anticipation of a new Dune move coming our way in 2020 from director Denis Villeneuve, it appears we are getting our first piece of merchandise to go along with it, in the form of a tabletop RPG. According to a press release on Flames of War (via io9),  Gale Force Nine will be producing a series of tabletop games that will take us across the full scope of the Dune franchise. Now, Dune board games are nothing new, but with most existing board games based on the world of Dune quite old, it is a suitable time to release some new ones. 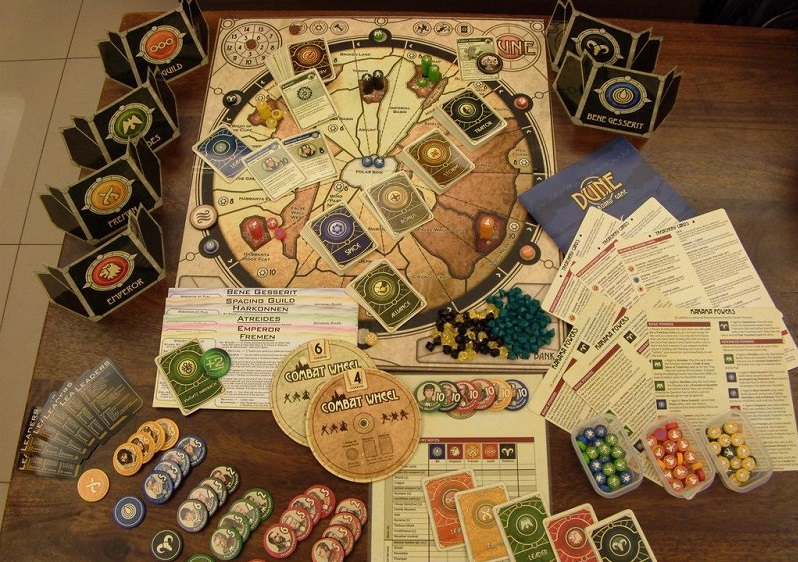 That first game is expected to come out next year and will be a tabletop RPG made in collaboration with Midiphius (Star Trek Adventures, Tales from the Loop) and will likely include not only some exciting role-playing mechanics and missions but lots of miniatures to make your explorations into the world of Dune a whole lot more fun. How exactly the game will work is not detailed in the press release, but given the rich world that they have on offer it could end up being pretty big and feature many exciting characters and creatures along the way. Not to mention expensive, as these tabletop RPGs tend to appeal to the inner geek in all of us in offering loads of extras that both enhance your experience and destroy your wallet at the same time.

Of course, celebrating the release of a new Dune movie with a board game seems somewhat fitting considering the franchises long history with games, with many people actually introduced to the franchise thanks to Westwood’s excellent Dune strategy games. And while there will be a host of exciting board games coming our way, the exciting news doesn’t stop there as they are also planning the release of a new original book series from creator Frank Herbert, his son Brian Herbert and writer Kevin J Anderson who continued work on the franchise after Frank Herbert’s death.

It looks like dune is making a comeback bigger than ever before and even if we have the upcoming movie to thank for that, I think it’s safe to say that they already see the big money in the merchandising and games market and are already starting to reap the benefits in that department.