Home Gaming Bear Simulator is a thing. I must have it. 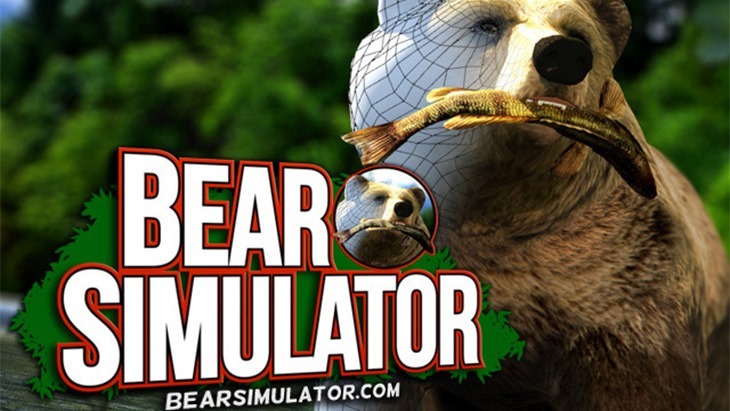 Not long ago I asked you if you’d ever wondered what it would be like to exist as a goat. That was because there was, unbelievably, a Goat simulator game in the works. Animal simulators seem to be something people want, because now you can live out your digital fantasies as a bear.

That’s the promise of Farjay Studios’ Bear Simulator, which they’re trying to get Kickstarter funding for.

“You play in FPB (First Person Bear) and do bear things which include exploring, eating fish and plants, striking down anything that dare stand before your might, increasing your stats, sleeping and discovering mysteries of your forest home.

TL;DR – It’s like a mini Skyrim but you’re a bear,” says the Kickstarter page.

These guys seem like they’re capable of making decent games. That looks serviceable. But why a game where you play as a damned bear?

“A few games in the past got it right and have been rewarded with universal praise, notably Banjo-Kazooie and EnviroBear, but there hasn’t been many solid, somewhat realistic bear simulation games (if at all). That’s where this comes in.

Sure it may seem like a “dumb idea” or a “really dumb idea” but you can’t honestly tell me you’ve never secretly wanted to be a bear wandering around the forest. That’s just an outright lie.”

As for why the bear is walking about on two legs all the time (which is a thing bears are capable of but prefer not to do)?

Contrary to the screenshots and trailer, your bear in Bear Simulator won’t be walking around on two legs all the time. In the fully featured game you’ll spend most of your time crawling around and leaping about like an actual bear.

The constant “bipedal/two-leg mode” was used for a few reasons, for one it makes it easy to test things, second, it gives a good idea on how your bear would interact with stuff and lastly, I didn’t want to animate and program everything with a placeholder bear model.