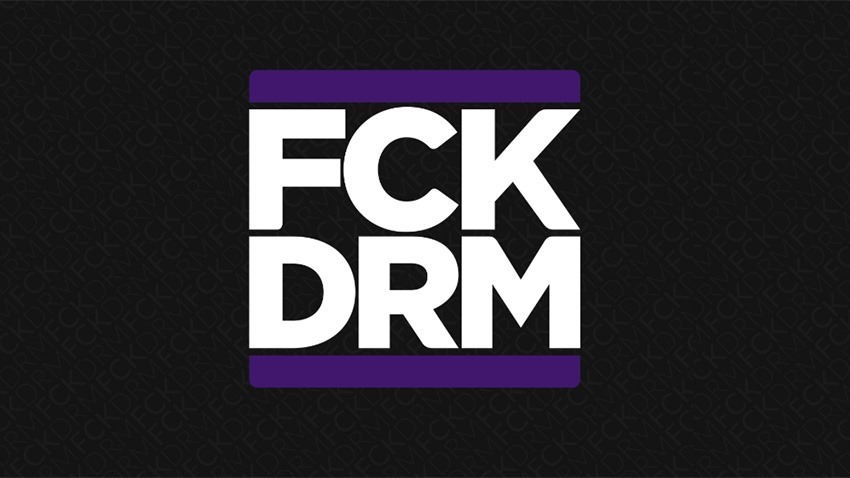 DRM sucks, but it’s viewed as a necessary evil to prevent rampant piracy. It’s why we have things like Steam, uPlay and Origin. While they all act as hubs for games, they’re also DRM solutions. On top of those though, you sometimes end up with extraneous DRM on games like Denuvo, or in the past, SafeDisk and SecuROM. They’re used because publishers and rights holders believe that if things are easy to copy, people will share them with reckless abandon, cutting into their profits.

While these sorts of solutions are popular with rights holders, they’re not a big hit with consumers, especially with the looming threat that once authentication servers disappear, so does access to games. As we’ve seen with Nintendo’s lawsuits around emulation, it doesn’t spell good news for historical preservation. That’s where GOG comes in, of course. The storefront has offered DRM-free games since its inception, but they’re now taking it a step further with their FCKDRM initiative. It highlights games and media providers who eschew restrictive protections by offering DRM-free games, music, books, and video.

“DRM-free approach in games has been at the heart of GOG.COM from day one. We strongly believe that if you buy a game, it should be yours, and you can play it the way it’s convenient for you, and not how others want you to use it,” says GOG.

“The landscape has changed since 2008, and today many people don’t realize what DRM even means. And still the DRM issue in games remains – you’re never sure when and why you can be blocked from accessing them. And it’s not only games that are affected, but your favorite books, music, movies and apps as well.”

Of course, the entire point of the thing is to shill its own games store, but GOG does have a good – if slightly aggressive – point. 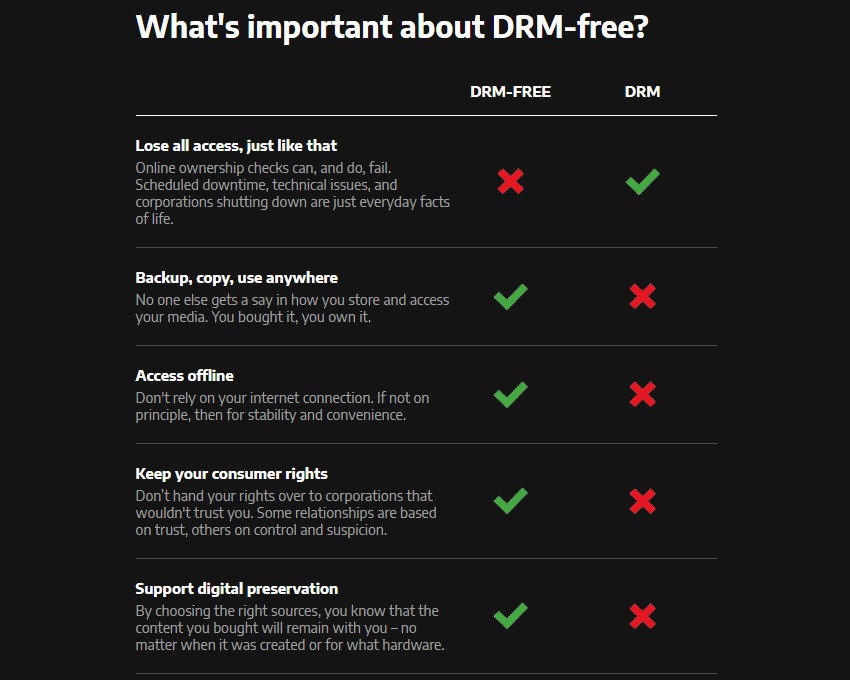 “Games with DRM include a layer of software or code on top of what’s needed to just play the game. Nowadays DRM will send your information to an online server, it could run checks to see if you touched any files, or outright refuse access unless you’re logged in somewhere.

In other words, DRM is there to question what you’re doing every step of the way.

Because there is a killswitch built into your games. Sure, DRM might not affect you right now, but corporations hold the key and they’ll only let you in as long as you can repeatedly prove ownership. As long as you’re connected to the internet. As long as their DRM works without fault. As long they’re still around.

So should the burden of proof be on you? Do you place your trust in someone who doesn’t trust you?”