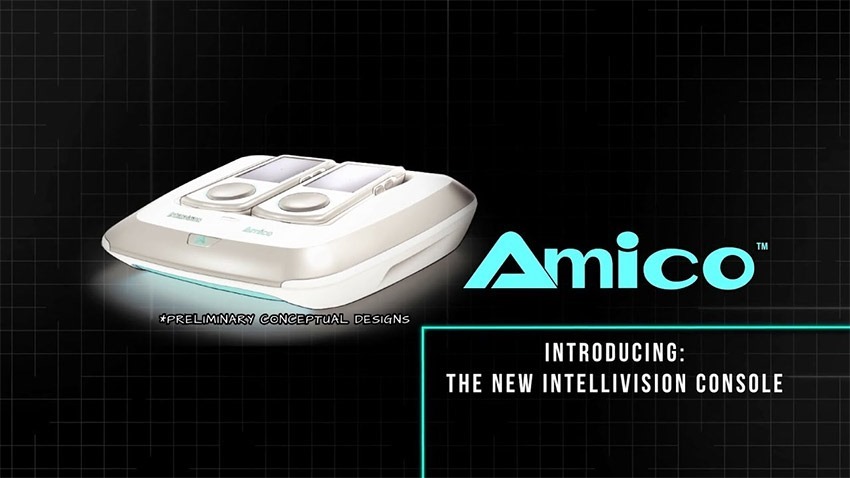 Video games as we know them have only really been around for four decades. By the limitations of their technology, games back then were simpler experiences that were open to everyone. The evolution of games and the technology that runs them though, coupled with an early-90’s push of videogames as things for boys means that games are still predominantly made for blokes and skilled gamers.

Intellivision wants to take things back to beginning, by making a games console that levels the playing field, delivering games that everyone can play – no matter their age or skill level. It’s called the Intellivision Amcio, and it’s an interesting console that the company plans to release in 2020.

It’ll come with two rather odd wirelessly rechargeable Bluetooth controllers, with downloadable games that’ll sell for between $4 and $8 – with the promise of no DLC or in-app purchases. Every game released on the system will be rated E for everyone, with the system home to a bunch of pre-installed reimaged Intellivision classics. That’s the pitch, anyway.

“We are creating a console that parents WANT to buy, not that they were asked to buy,” stated Intellivision president and 30 year industry veteran Tommy Tallarico during his keynote address over the weekend at the Portland Retro Gaming Expo. “Most every game being made for the home consoles these days is created with only the hardcore gamer in mind. We see a world where everyone is interested in playing at home and with friends, but this isn’t currently possible because the barrier to entry is nearly impossible for a non-gamer due to the complexity of the controllers, intricacy of gameplay, expense of the hardware and software and steep learning curve with an unbalanced fun factor for the beginner. Our goal was to create a console that both gamers and non-gamers are able to have fun with and play together. The Intellivision Amico is our answer to this gaping hole we see within the current video game industry.”

There are some notable industry luminaries attached the project, including the original Intellivision co-founder Steve Roney and Shiny and Gaikai founder Steve Perry. It’ll sell between $149 and $179.

It certainly looks…interesting, and I like the idea behind it. I’m just not sure it’ll have the impact they’re hoping it’ll have. Parents are still too happy to let their little angels play stuff like Fortnite (and even GTA) that I don’t think many will care for the system. That said, I think there are some grown adult men who’d love the idea of playing reimagined classics based on old Intellivision and Atari games.

The poplar video-game character from the '90s is getting a new game after almost 20 years.…