The dust has settled after the busy period of Android smartphone launches for the year, with Samsung, HTC and more staking their claim in the market for the next 365 days. HTC, with their One M9, chose to go the safe route – delivering a good phone that did little to differentiate itself from last year’s M8. Samsung, comparatively, did the opposite, with the stellar Galaxy S6 revolutionising their approach to smartphones forever. LG’s latest flagship, the G4, sits somewhere in the middle of those business decisions.

Last year’s G3 was a personal favourite of mine – a massive handset with a gorgeous QHD screen that absolutely dwarfed the competition, but also one that struggled to make it to dusk on a single charge. LG checked some boxes and left others to rot in hell fire, most of which seem to have been top of the list when concerning the G4. But unlike HTC, these aren’t the only differences the G4 offers to keen customers. LG, instead, goes a step further in many regards. 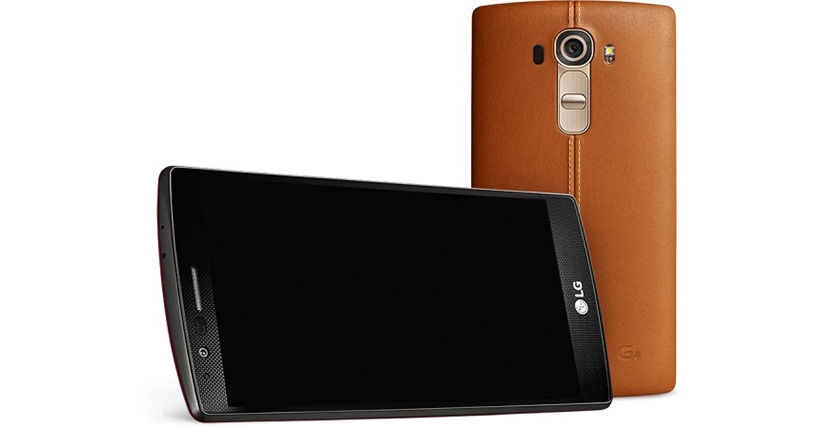 Glance over at the G4, and you’ll be hard pressed to tell it apart from the G3. The G4 still features the ultra big Quad-HD 5.5’’” screen, complimented by some thicker bezels and very self-aware branding on the front of the device. There are, however, still no front-facing speakers, with the meagre rear speaker from the G3 returning for a dubious encore. The entire handset itself though features a little bit of a curve to it, allowing you to fit it easily in your pocket and hold it in one hand. It’s not LG Flex 2 bent, but it’s a noticeable improvement over the flat, slippery design of the G3.

Flip the phone over, and you’ll have one of two options. Either you’ll be welcomed by cold, cheap looking plastic or a luxurious, hand crafted leather back. The latter is definitely the better option to go for, with the sewn leather giving the G4 not only a premium look and feel, but one that is rather unique. The cheaper plastic option which I reviewed is the exact opposite, and stands out badly when compared to the likes of the all metal S6 and iPhone 6. The back is removable to get to the MicroSD card slot and battery, while fitting over the now staple rear power and volume buttons (which are still lovely to use). 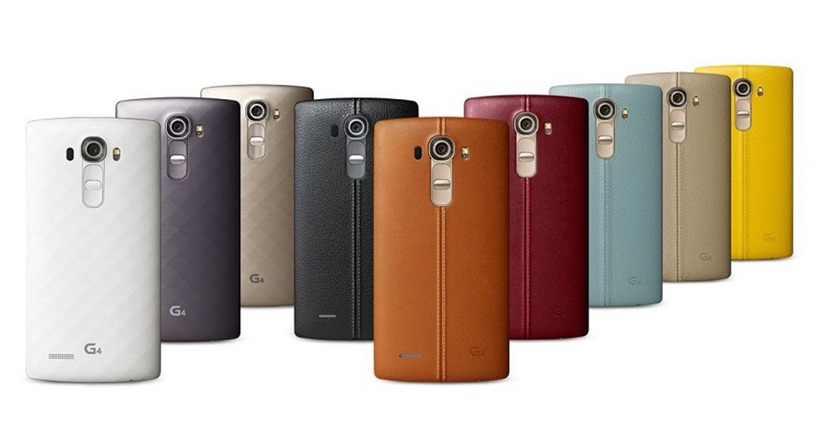 Also sitting on the rear is an improved 16-megapixel camera (and an 8-megapixel front facing one) that is, quite frankly, one of the best you can possibly get on a smartphone right now. The lens itself features a bright f/1.8 aperture, which allows in a ton of light for vibrant, colourful day shots and impressive night out on the town pictures. More importantly, LG has tweaked it’s camera software in big ways, allowing the phone to adjust colour and lighting on the fly to produce sharp images on the automatic settings.

Should you be far more photo savvy though, you’re catered too as well. The G4 camera software features a bevy of tools and settings that can be used to edit ISO, focus and brightness settings cleanly and easily. Following on from that, the G4 is able to export photos taken in most various digital formats, included RAW files for fancy post-processing and editing. If smartphones are edging closer and closer to reproducing DSLR quality photography, the G4 blurs this line a little more. 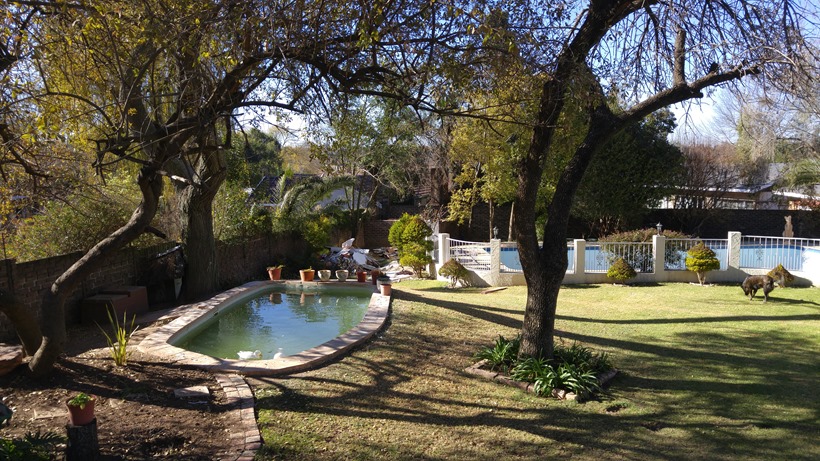 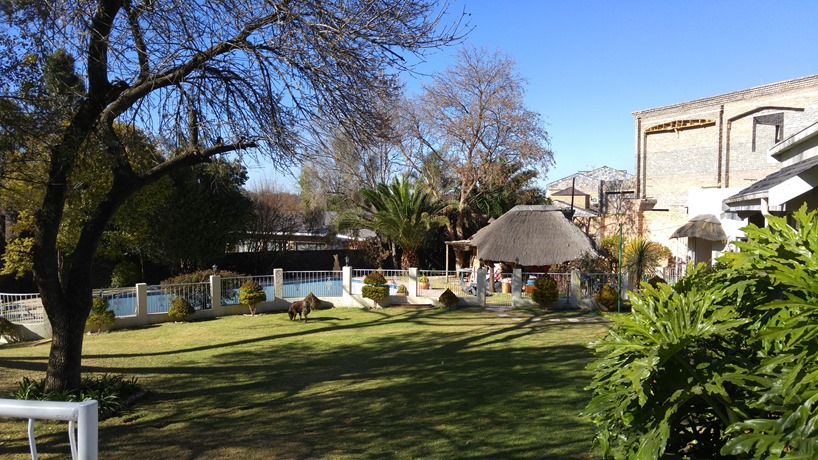 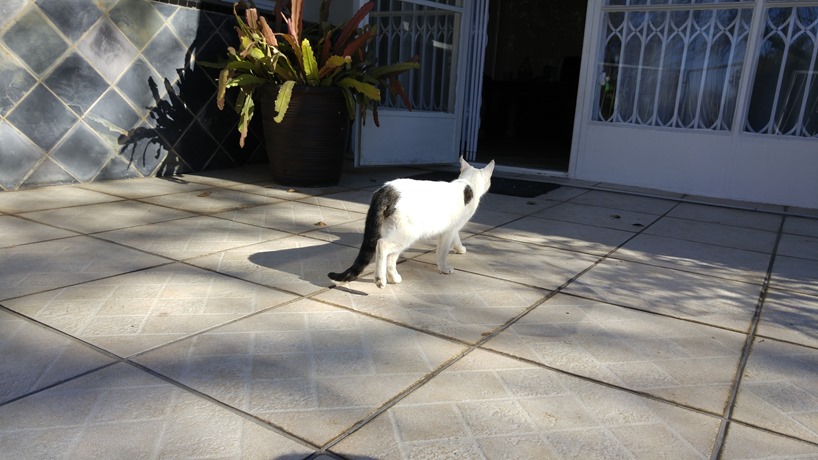 Of course, they all pop on the G4’s unsurprisingly gorgeous display, which is both a return and improvement on the IPS panel that the G3 featured. With a 2560×1440 resolution and 334 pixels per inch, the G4 features one of the best displays you’ll find on the market at the moment, especially for a phone of this size. LG has looked hard and long at the faults of the G3 in this department as well, improving on the colour correction and tones while also bolstering the brightness of the entire display for better outdoor viewing. It’s worked, and the screen avoids overbearing glare in direct sunlight and eye-popping detail in every other scenario.

But that wasn’t the greatest problem. The G3 suffered in part with its display because of the massive power requirements it asked from the otherwise standard battery. The result was a gorgeous display that you’d often see shut off in the middle of the say – unacceptable when looking at the competition. The G4 is far superior in this regard, with LG able to deliver not only a better visual experience but at a much lower power cost. The 3,000mAh removable battery can now keep the phone going strong through the day, but it’s still going to require a charge at night (without the QUALCOMM Quick Charge technology this time too). 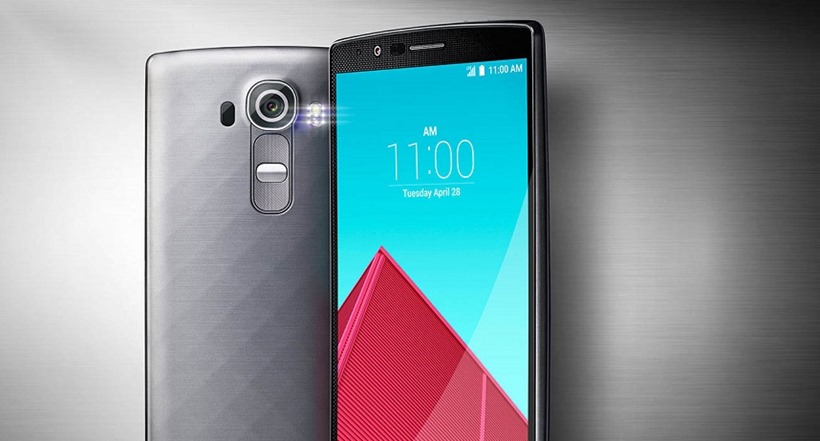 It’s powered by the rather quick 1.44 GHz quad-core QUALCOMM 808 processor, which sits on top of 3GB of RAM. Using the G4 to perform regular day to day tasks was the furthest thing from a chore possible. The G4 is really quick, operating a thin custom UX 4.0 UI over Android KitKat. LG has been messing less and less with a pure Android experience for a long time now, and it’s welcomed once again here. KitKat comes with all the staple Androids apps that you’ve come to expect from the little green droid, with LG simply adding in features like a Smart Bulletin Screen (which neatly collects important information from all over your phone) and Smart Notices for notifications from a light personal assistant.

One returning feature is LG’s Knockcode, which still stands as the fastest way to unlock a phone that still, puzzlingly, doesn’t have a fingerprint scanner. Knocking on the screen will wake it up, while knocking in a programmed pattern will allow you to unlock the device without entering a code. It’s fast, useful and intuitive after a day or two – but it’s still slower than Apple’s TouchID and Samsung’s own fingerprint scanner on the S6. 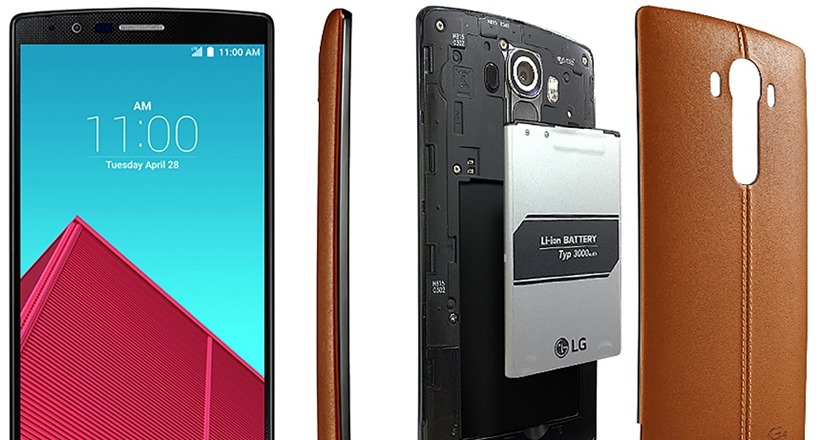 The G4 is not an evolution in the way LG makes smartphones in any regard. Its camera does ringing in top of the class and its screen still manages to shine brightest, but there’s little else outwardly differentiating it from last year’s effort. Instead, LG have focused on the parts that really count – improving power consumption for better battery life and sprucing up the camera app to make it the companion the lens truly deserves.

There are still lagging niggling issue that next years phone needs to address, but the G4 is far more than a rebrand. It’s a smartphone that you could easily trade in your G3 for, and walk away feeling like you’ve actually got something far better.