Home Technology LG has patented a smartphone camera with 16 lenses 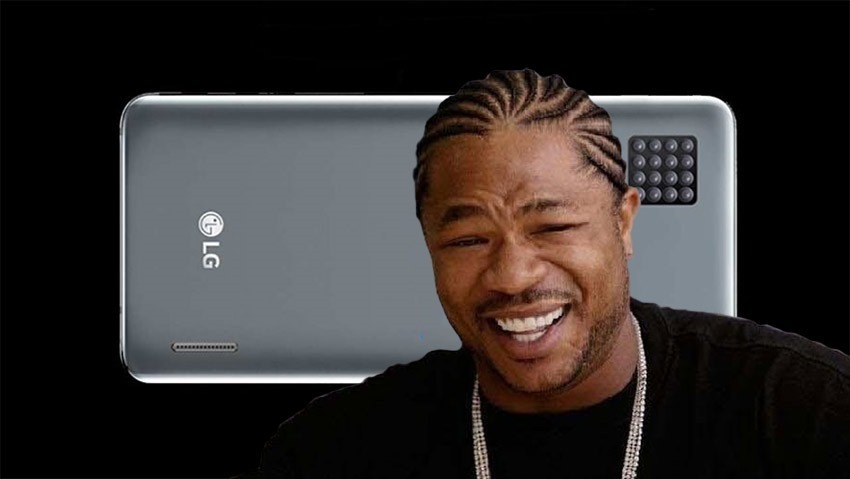 There’s very little genuine innovation in smart phones right now. Sure, designers and manufacturers are trying to stuff in as much AI as they can into their handsets, making them closer to digital personal assistants. Some are even trying to make foldable phones that can do double duty as a phone and a tablet. Mostly though? It’s all about cameras.

For a while now, the biggest differentiator between devices is how many damned cameras designers can stick on the devices. Phones used to have just the one camera on the back – and then everything was about megapixels. Then, with the proliferation of social media and the selfie, a front-facing selfie camera was added. Now we have phones that have multiple lenses on the back and the front, and it seems there’s just no stopping.

LG has patented the idea of a phone with 16 cameras on the back (via Let’s Go Digital). Yes, that’s sixteen. Before you roll your eyes wondering if Xzibit now leads up the Korean company’s R&D department, it’s actually quite clever. The cameras are aligned in a 4×4 grid, and according to the patent, this will allow for some image capture that’s indistinguishable from magic.

According to LG’s patent, the camera array would collect images from all 16 cameras and combine them into a sort of 3D movie from which you’d be able to extract the perfect shot. You’d be able to use, as an example, the angle of a person’s head from one of the cameras, while using the body from a slightly different angle, allowing for whichever little adjustments look best. According to the patent you can even draw around somebody’s head using your finger, and use a better picture of them from a completely different shot, with the phone’s AI doing the superimposition for you.

I don’t for a second doubt we’ll see something like this soon – but it is worth pointing out that this is just a patent.