Home Gaming Oculus is being sued yet again 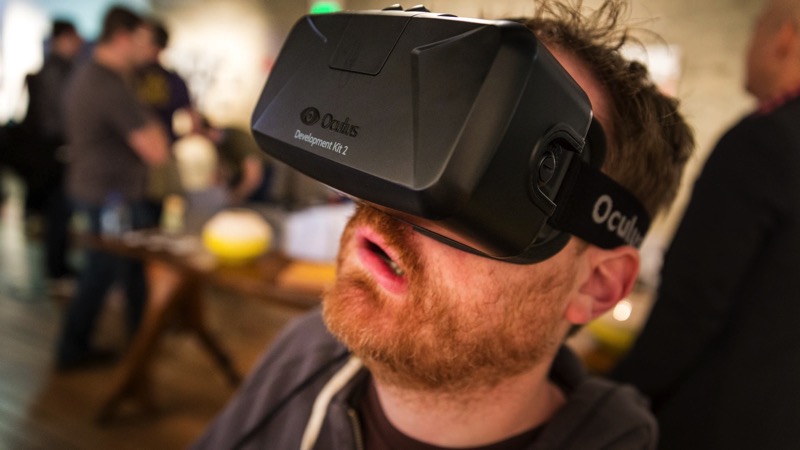 Things are going rather swimmingly for Oculus at the moment. Despite my own thoughts on the release window for the very first consumer version of the Rift, the Facebook-owned VR giant is very much on track to achieve what their 2012 Kickstarter began all those years ago. But did the Oculus spawn from a little industrial espionage a little over a year before?

A new lawsuit directed at the company and CEO Luckey Palmer suggests so. A Hawaii-based company called Total Recall Technologies (TRT) has issued a claim to the VR pioneers, claiming that initial designs of the Rift were in part stolen by Palmer before 2012. While an entire product isn’t being brought into refute, TRT claim that knowledge gained by Palmer while working with them lead to the creation of the Rift a year later.

In the filed complaint, TRT claim that its two partners, Ron Igra and Thomas Seidl, developed and patented a method to bring video of a real-world scene and display it in a head-mounted display using an “ultra-wide field of view.” – a synopsis of what the Rift is in essence. They brought in Palmer to help with the designs in 2011, locking his contractual aid down in a nondisclosure agreement.

In late August 2011, Palmer shipped TRT a working prototype of the head-mounted display he had developed, and continued to receive feedback on possible improvements through 2012. Coincidentally (or not so much), the Kickstarter for the Oculus Rift launched in 2012 – possibly using some knowledge that Palmer gained with his work at TRT.

It’s something that Oculus will no doubt legally dispute, and I do find it curious that it’s taken TRT nearly four years to actually respond in a meaningful way. Is this just another case of a smaller company trying to take a slice of the bigger pie? It wouldn’t be the first time.