Now you may be looking at the quote above and immediately think that there’s a lot wrong with the Onda Pro Headset. In reality there isn’t, but the small problem it has ultimately ruins the headset. This was disappointing because my experience with other Ozone products has been quite encouraging. In any case, here is my review of the Onda Pro USB headset. 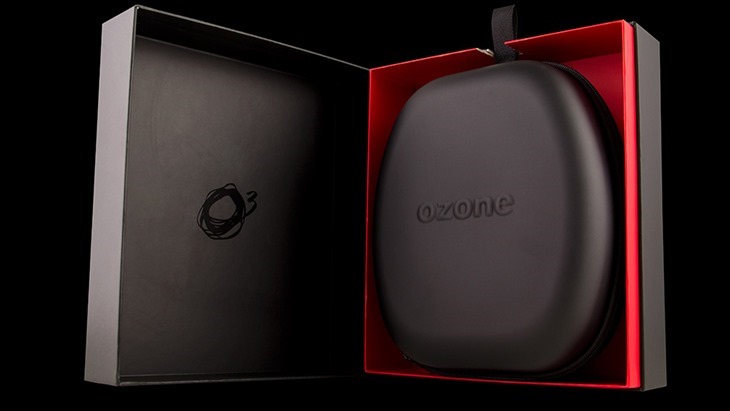 To start off with, the presentation and packaging are all top notch. For a R1263 headset,it is rather well made and presents itself as high quality. There’s a slight squeaking that is present with new plastics, but nothing major. I’m not a huge fan of glossy black because of its tendency to collect fingerprints from all the known universe, but styling wise, this is a very nice headset, especially with the light up red logo on the side. The big travel case is lovely and sturdy, reminiscent of high end music headphones you see in stores for triple the price. 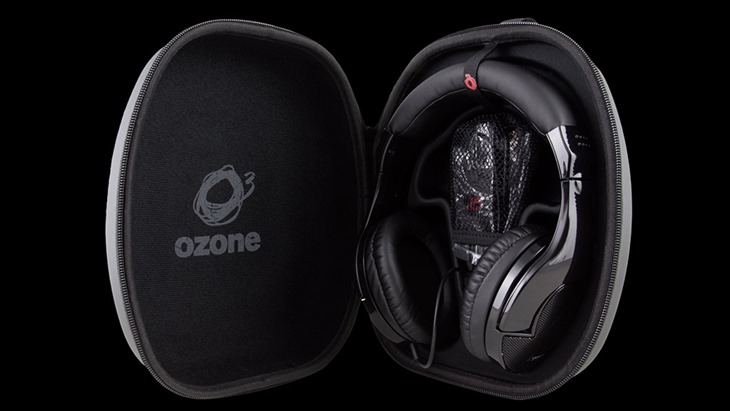 Comfort is one of the biggest things you look for when purchasing a headset, and the Onda Pro excels at that. The large padded ear cups rested right over my ears, and the firm padding didn’t squeeze my giant head. It is also very light, which is a great quality for a headset to have, especially when using it for long periods of time. 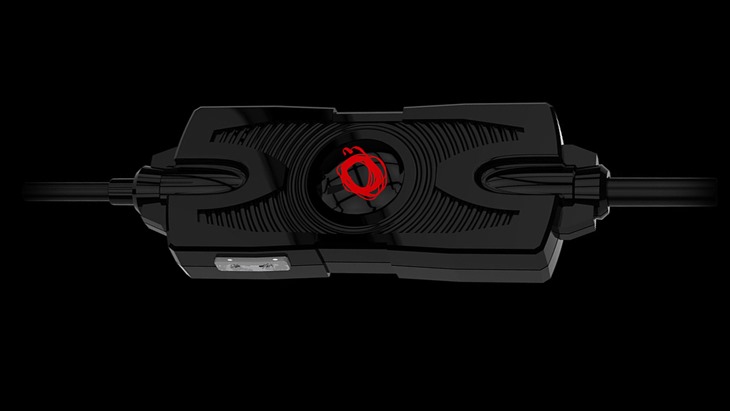 The control dial on the cord is really nice and didn’t need any extra drivers to function on Windows 7 or 8. In fact, the entire headset is plug and play. The jog wheel turns the volume up and down on Windows itself, which is way better than it having it own native sound levels. The microphone and sound mute buttons both have a fade in and out, which is a nice touch.

Sound reproduction from the speakers itself is quite good. The midrange suffers a bit, and the bass is not as deep as you’d want it to be. The treble is empty and echoes like the sound is very far away in a tunnel. I had to keep in mind that this headset isn’t primarily for music. Using this tool, I found that the headset has a frequency response range from 20Hz to 22,000Hz, well beyond my range of hearing. Surround sound and stereo reproduction was also very good; the headset makes it clear where specific sounds are coming from, which is rather important for FPS gaming. So overall, a good experience for the price in that respect.

But here comes the bad news, and the problem that utterly ruins the headset. I actually got sent two Onda Pro headsets. Not because the Ozone team is super nice (they are actually), but because I assumed due to the disastrous quality of the detachable microphone on the first unit I was sent, that it was a faulty unit and I had simply gotten unlucky.

Unfortunately, no matter what I do, even with the second unit, the problem persists. After some testing I concluded that the microphone works fine, but the 3.5mm plug you insert it into on the headset itself is badly shielded, resulting in horrible quality. Plugging the microphone directly into a pink microphone jack yields good performance, but when using the headset plug on the unit itself, it is simply unusable.

In all other regards, it is a solid piece of equipment, however, I can’t in good conscience recommend this headset. Which is pretty heartbreaking because many other reviews I checked out indicated solid performance. Maybe I just got unlucky twice somehow, but I doubt it. If you’re looking for a stylish pair of USB headphones, maybe, just maybe the Onda Pro can fit that, but not for that price.