Home Gaming rAge 2018: Another success or the beginning of the end? 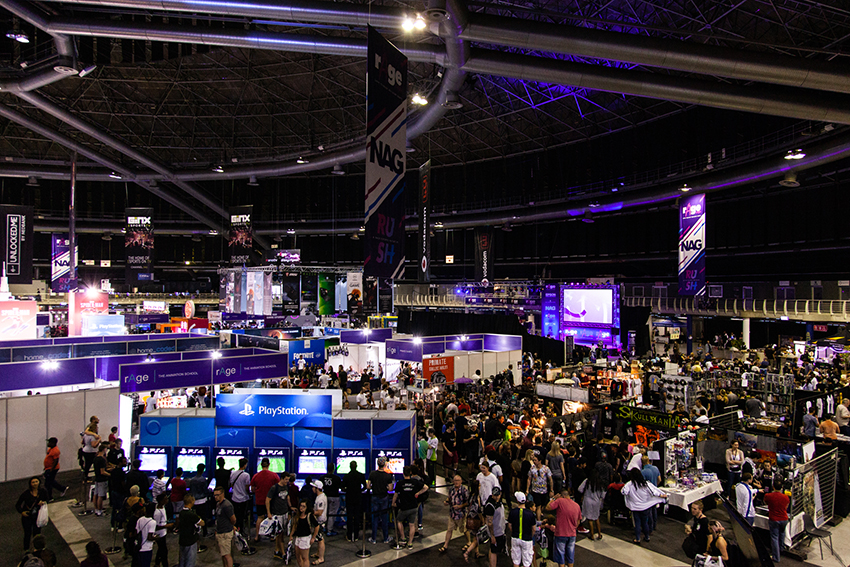 I’ll admit I went to rAge 2018 primarily to see how South Africa’s biggest electronic gaming and tech expo fared just three weekends after the massively successful inaugural Comic Con Africa. rAge is in its 16th year after all, which comes with the risk of serious event fatigue. And the 2018 offering wasn’t exactly packed with must-experience drawcards – no new consoles to get hands-on with, no massive VR showcase. Comic Con Africa had also worryingly secured some of the big name sponsors and esports contests that rAge normally hosted. Surely the writing was on the wall for the long-running event? rAge 2018 was going to be lacklustre and muted.

The reality was the complete opposite. rAge was as busy – at times arguably busier than ever. Looking closer, there may be some reasons for its ongoing success. 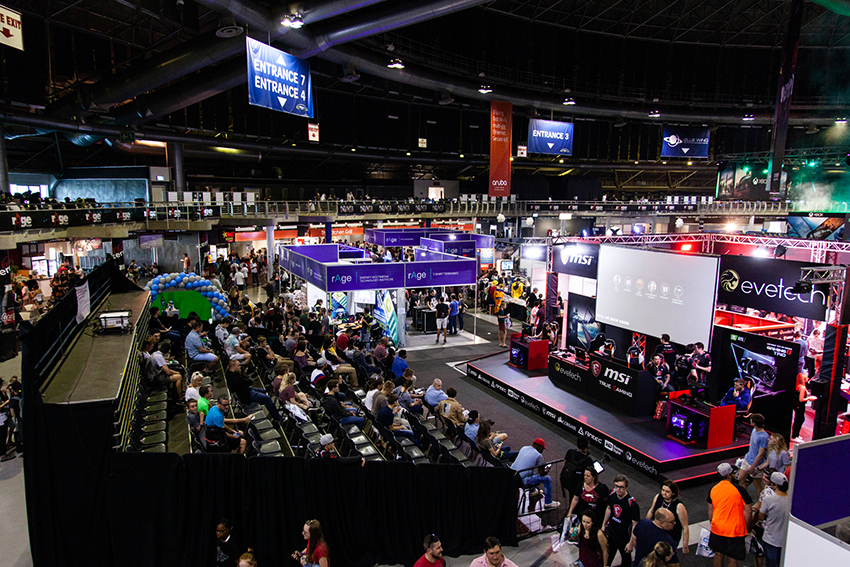 rAge maintains a strong identity of its own. In an attempt to appeal to everyone, a lot of other cons in South Africa (including Comic Con) adopt a generalist approach, mixing tabletop, some electronic gaming, a bit of esports and LANing here and there with panels, an artists’ alley, crafters, merchandise vendors and the inevitable cosplay contest. You should know the drill by now.

It’s not to say that these elements aren’t present at rAge, but the expo maintains a tight focus. This is the event for people to try games, check out esports action and enjoy sweet deals on games, peripherals and tech hardware. You could see loads of attendees leaving rAge 2018 with new keyboards, monitors and headsets.

At the same time, the rAge crowd hasn’t changed. Comic Con Africa drew in a lot of families and newcomers to the South African gaming and geek scene. rAge still centres around the young, predominantly white male, aged 15 – 25. This isn’t to say that there weren’t other demographics present, but rAge is not really a place to take a pram and your rickety granny, and make a whole-day outing of it. Success of Comic Con Africa aside, the all-ages geek-curious crowd evidently wasn’t drawn to rAge. 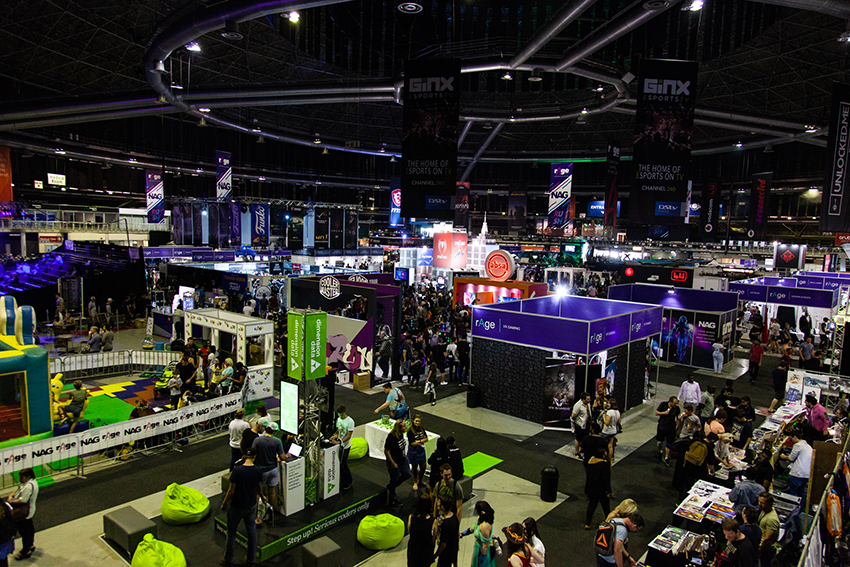 That said, from a cosplay side, there were quite a few new faces roaming about. Chatting to these enthusiastic novices, they either caught the cosplay bug at Comic Con where they lost their cosplay virginity, or were inspired by what they saw there, and jumped at an opportunity to repeat the experience a few weeks later. (Check back for our post on the Cosplay of rAge 2018, coming soon.)

Anyway, with rAge, evidently a non-diehard goes to the expo (ideally with a plan), scouts it out, and then departs within 3 to 4 hours. In 2018, people seemed to get there early and leave early. I can’t comment on the Friday, but Saturday morning up to around 2pm certainly felt like the expo’s peak period. Although not nearly as crowded on Sunday, the same attendance pattern seemed to be in effect. In the afternoon the show floor cleared substantially, with long queues and agonisingly clogged pathways evaporating. Pro tip: If you want a more comfortable browsing experience, go to rAge in the mid-afternoon. 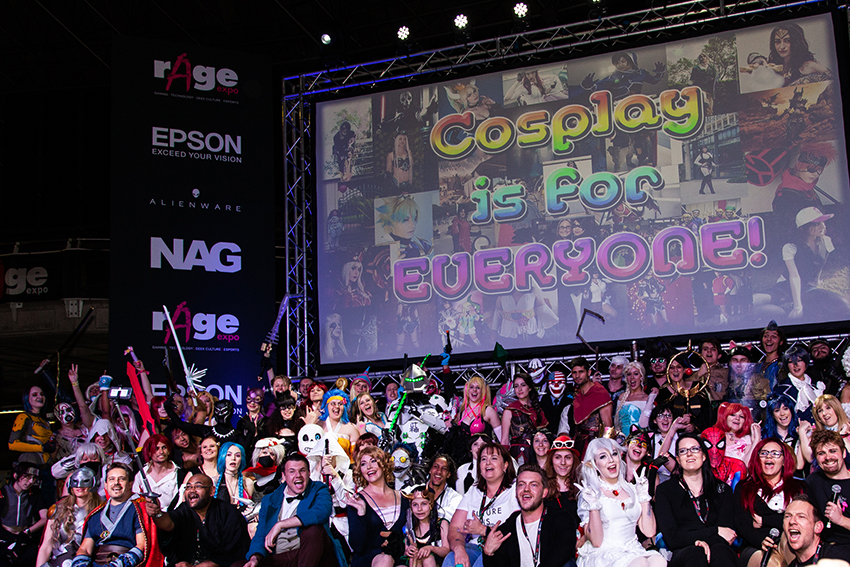 An established and well-run event

As already mentioned, rAge has been going for 16 years. It’s a finely-run machine by now, and it shows from its high level of organisation and consideration of attendees (that barren media lounge, though…). If something isn’t working one year, chances it will be relooked the next. With some of the major sponsors exiting to Comic Con Africa, there was a floorspace reshuffle for rAge 2018 – for better or worse.

The benefit of staging the event at Northgate Dome is that there is plenty of parking and excellent facilities. No 2km walks to reach the venue. *Cough, Comic Con at Kyalami, cough.* Plus, it is very easy to get food, drinks and snacks, with a wide variety of choices ranging from gourmet world cuisines to the usual hotdogs and slap chips. 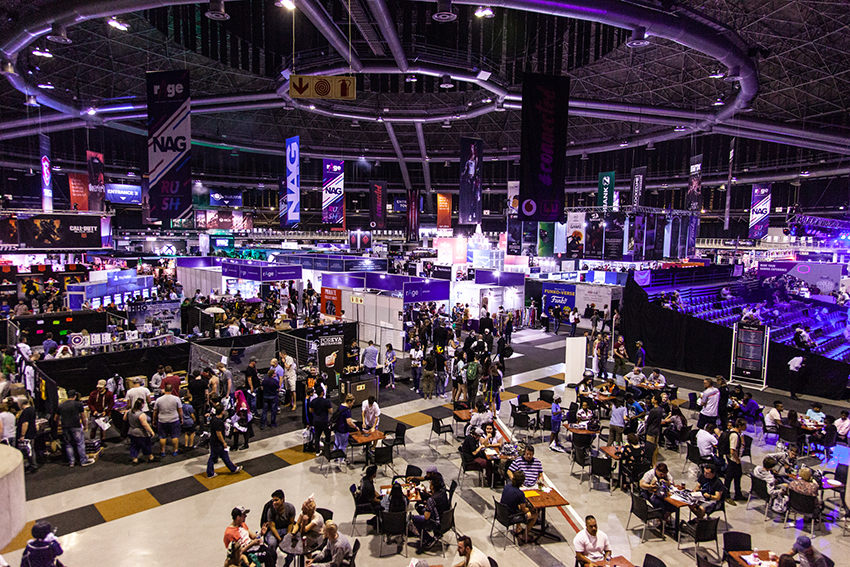 On the downside, the Dome felt especially closed in and dingy this year. With the rAge LAN shifting to the Blue Wing (ousting the cosplay and artists’ alley to the main floor), that entire section with its adjourning outside area was closed off. There were very few areas for attendees to escape the enclosed space and simply get some fresh air and natural light. The tight placement of stands right near the one entrance also created a highly unpleasant choke point during busiest times.

For the record, alcohol was on sale at rAge this year, but unlike at Comic Con, it was only available from 11 am and drinking was evidently confined to one cordoned-off area with strict limits on quantity. There was no drunken harassment of cosplayers, although people getting hands-on without consent remains a general etiquette problem.

Attendance figures for rAge 2018 have yet to be announced, and while they’re highly unlikely to top Comic Con Africa’s sold-out stats, it seems fair to say that the expo was a solid success. 2018 was a strong year for rAge, and it looks like the local geek and gaming scene can accommodate two events less than a month apart because of their different audiences. The more things change, the more they stay the same. For now at least.

Next year we’ll see what effect a shift in dates means, as rAge moves apparently even closer to Comic Con. rAge 2019 is already set for 27 – 29 September, with CCA still scheduled for that same month.