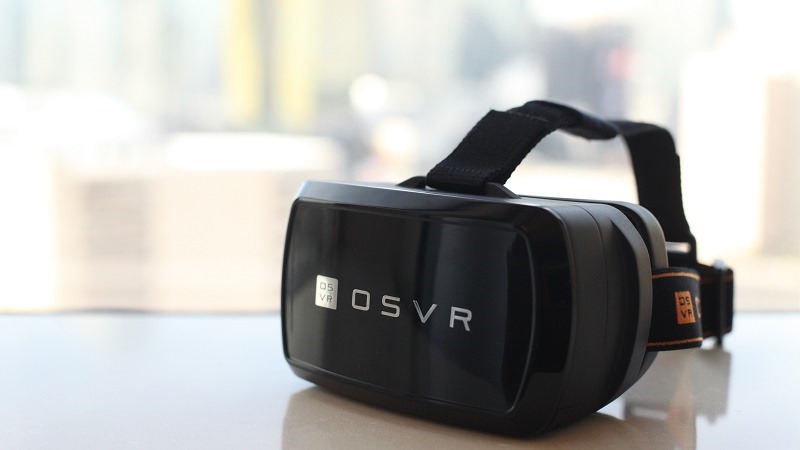 Everyone is getting their hands on some piece of the VR pie. And when I say everyone, I mean it in every sense of the word. Razer announced their vision of a VR future with their open-source virtual reality initiative (OSVR), which aims to aid future VR headsets and projects with some financial and supportive backing. So it’s only logical that Leap Motion has jump aboard already.

You may remember Leap Motion as the little hand motion sensor that held a lot of promise, but never fully realised it. I actually own one, and have found very little practical use for it in the year or so it’s been in front of my PC. It is, however, experiencing new life in the VR sphere, with many developers strapping the sensor onto the front of an Oculus Rift for a new level of depth to their games. A partnership with Razer though is adding more legitimacy to these types of ventures.

Razer’s OSVR headset will now come with the option for on-board, Leap Motion support. The technology for motion control will be developed as a separate faceplate, which can then be attached and removed as needed. This means you won’t have to pay for motion support if you don’t want it – which is a great way to shave some dollars off of the pricing for the headset. And since OSVR is meant for multiple platforms, developers won’t have to rewrite much code to add motion support to their titles.

The only issue is that with it being an accessory, developers might avoid the option altogether. The game still has to support the addition, even if it won’t take any effort to get it working on your platform of choice. Think about the first iteration of Kinect here – which struggled to find a strong consumer base.

Regardless, some of the most interesting VR experiment involve the use of Leap Motion, so I’m excited to see how Razer plans to enhance this with more direct support.