It used to be a simple idea when it came to keeping time. You’d strap on a watch, flick your wrist and you’d be informed.These days however, people want more out of their gadgets. A stop-watch and a primitive liquid crystal display isn’t going to cut it anymore. That’s where smart-watches come in, small devices that don’t just keep time, but all manner of other digital information. And after a slightly awkward teething phase with the original Gear watch, Samsung is back with a better device for a new generation of people on the move.

Strap on, strap off

The differences between the original Gear watch and the new refined sequel model are easy to spot. The watch is now slimmer, easier to use, faster in the processing department and most importantly is actually a comfortable piece of tech to keep on your wrist for hours at a time. 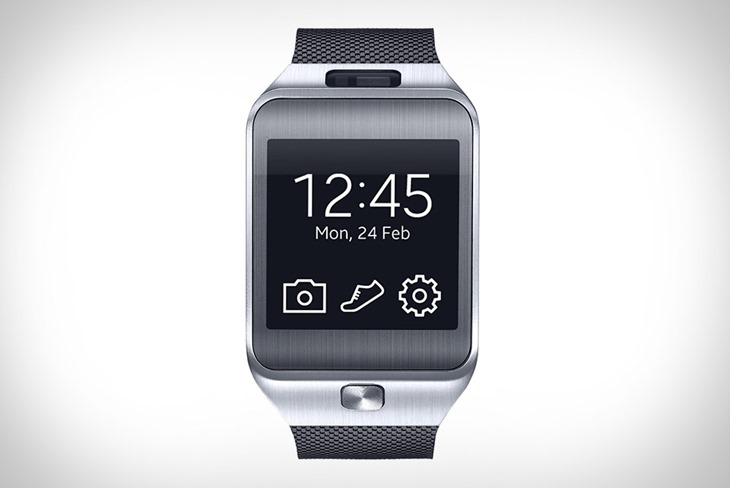 It’s a smart-looking piece of technology, but you’re still going to get stares from people who slowly realise that you’re wearing a streamlined PC on your arm. Whether those reactions float your boat or not is up to you, but prepare to be gawked at when people spot the Gear 2.

In terms of ergonomics, the Gear 2 is a massive step up. Samsung has wisely decided to shift all the hardware into the watch itself, instead of positioning it throughout the strap. That decision made the first iteration of the Gear a clunky and frankly uncomfortable entry into the smart-watch market, something which the Gear 2 now thankfully side-steps. That includes the mini-camera as well, which is now an integrated part of the watch housing.

What all of this also means however is that consumers who want a different strap can now do so within minutes, thanks to the separation of fashion and technology. The plastic strap included with the Gear 2 isn’t bad, but I’ve always preferred housing my joints in leather instead. And it’s nice to have that option. 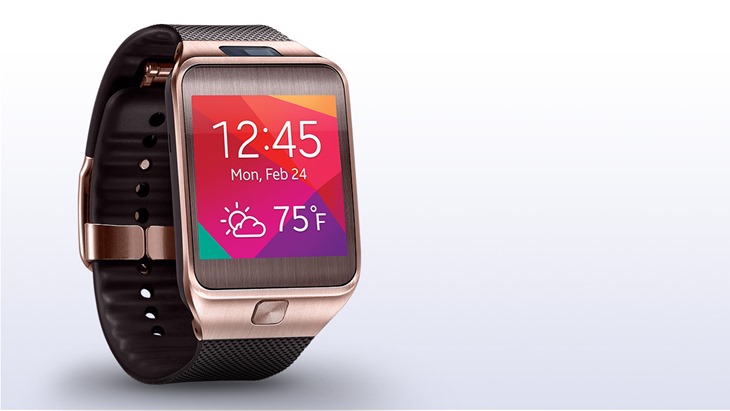 Welcome to the world of tomorrow

The Gear 2 boasts an impressive 1.63’ super AmoLED display, which creates a vibrant and sharp picture for a device of this size. The viewing angles are massive, while the screen display is easy enough to read outdoors thanks to the aforementioned luminescent display. The Gear 2 also allows for voice commands, and is pretty decent at picking up your voice, no matter your accent or if your mouth happens to sound like it’s stuffed with marshmallows.

It’s also a touch-screen interface, with other functions being mapped to a single button on the Gear 2, a home button that eases the burden of having to use constant swipe gestures. The Gear 2 also reserves battery power by switching the screen off when it’s not sensing any use, but it quickly activates when the internal hardware senses your arm moving upwards for a quick check of the time. 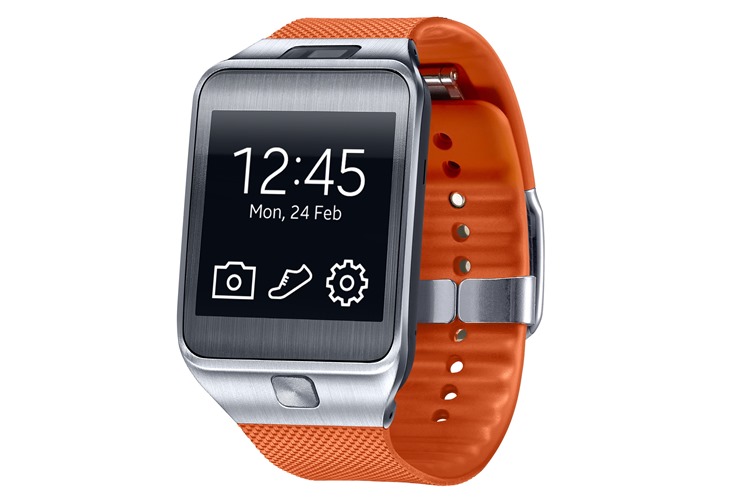 There’s also some new hardware squirreled away in the Gear 2, such as an IR blaster that can control your entertainment setup, while the focus on fitness means that the watch can measure your heart rate and daily activity. When linked up to the Samsung Galaxy S5 and the S Health program, it makes for a superb tag-team of technology and fitness for the healthier consumer on the move.

The watch can also track your sleeping habits, but unless you’re Geoff, that might have a slightly limited application in real life. There’s now also an option to load up music on the Gear 2 for those long jogging sessions, but the interface with which to jam some tunes feels somewhat clumsy, and could do with a redesign to make it easier to get your daily fix for heavy metal road running sessions. 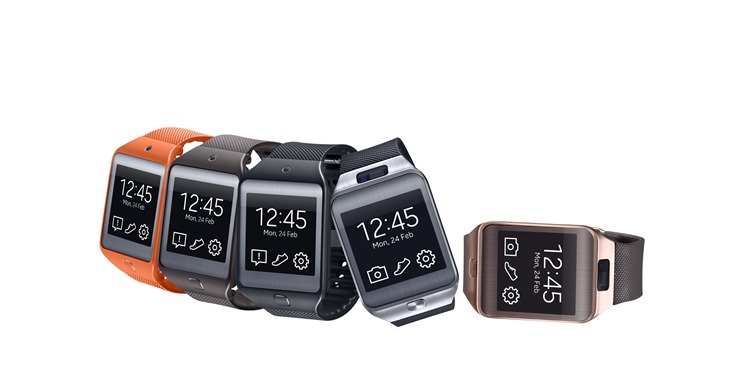 In terms of operating software, the Gear 2 still has the exact same interface as the original Gear watch. However, while that one was slow and unresponsive at times, the Gear 2 setup is now far quicker and capable of quick swipes and gestures. That’s thanks to a new operating system, with the Android version being ditched for a custom Tizen setup. That shift however, means that there is now little to no chance of the Gear 2 working with a non-Samsung phone.

There’s also an option for third-party apps to be installed on the Gear 2, via a Samsung smart-phone. The market is a bit limited at the moment however, but expect this to grow as time goes on. One other futuristic piece of hardware that the Gear 2 has retained, is the fact that it can make basic phone calls. A cool feature, this isn’t exactly at the same level as The Jetsons, as you’ll have to talk rather loudly into the phone, inviting more puzzled people to wonder why you’re shouting at your watch. 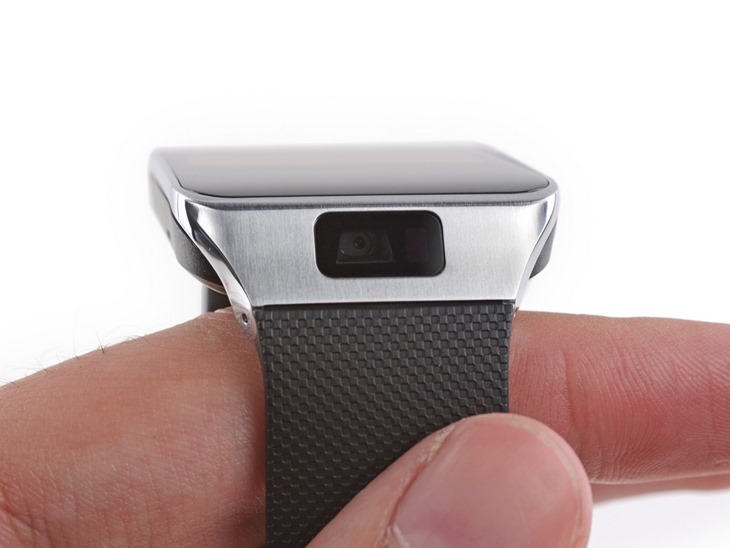 The original Gear watch also suffered from an exasperatingly poor battery life, something which Samsung has addressed in this iteration. The Gear 2 can easily last around two to three days of heavy use, and a week of lighter activities isn’t unheard of. 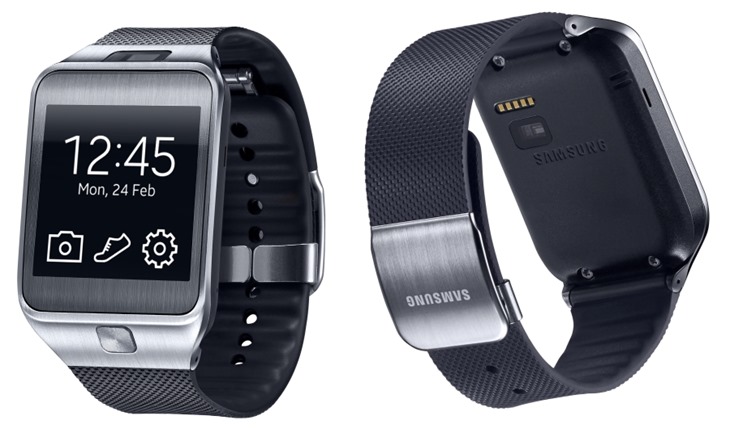 What the Samsung Galaxy Gear 2 is essentially, is a Rolex for a new generation of people. It’s technology that shouts out ‘Hey, I’ve got cash to splash on a fancy watch and I’m fit!’. And that’s kind of cool. It’s a massive improvement on the Gear 1, and despite a lingering issue here or there and the fact that it needs to be paired with a Samsung phone in order to maximise its use, it is a prime example of what a smart-watch is and can be capable of.