I’m already in love with SteelSeries Arctis headsets. The entire range boasts some of the most comfortable cans on the market, thanks to the use of a ski-goggle headband that makes it fit on just about any sized noggin with ease and unparalleled comfort. In the newer Arctis Pro, it’s a deliciously understated design that ditches with the hard edges and star lines many gaming-focused headsets have. It’s sleek, curvy and with its matte earcups, comes across as a high-end, premium headset. Which it is.

Gone is the plastic bridge, replaced now by a premium aluminium one, with a cloth band that wraps around the entire the entire headband. It screams quality and is one of the few gaming headsets I’d feel comfortable wearing out and about. There are Snap-On, snap-off magnetic earpiece covers for customisation purposes, along with full RGB lighting embedding within the cups. 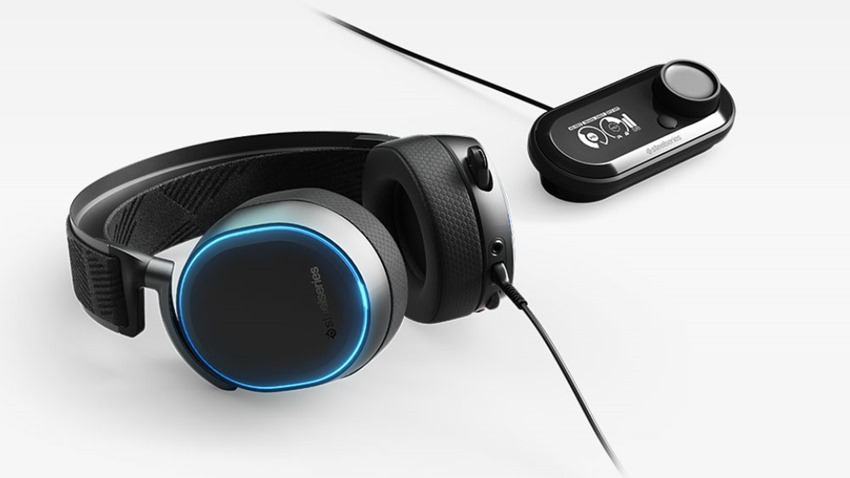 I always feel that headset lighting is a bit silly, given that you can’t actually see it yourself, but if you’re rocking a sizeable Twitch viewership you can show off a bit, I guess. There’s an embedded light in the retractable microphone that is actually functional; it lets you know at a glowing glance whether you’re muted or not. The microphone itself is the same noise-cancelling ClearCast microphone that’s found in other Arctis sets – and as I’ve noted previously, it’s one of the best in the business, offering exceptional crispness and clarity that’s as suitable for smack-talking as it is for streaming.

What is different here in this higher-end set are the drivers you’ll find embedded in each cup. They’re premium high res speakers with larger magnets. The 40mm neodymium drivers have incredible response and a very wide frequency range, all the way from 10hz to 40,000Hz – which is well beyond what human ears can technically hear. Of course, there’s a worthwhile discussion around what we’re able to feel when we listen to music that goes beyond those frequencies. The drivers have a sound pressure level that caps out at 102db, which means that you can crank this baby right up without fear of distortion. Don’t, however, expect the most thundering bass, roaring out of the Arctis Pro. 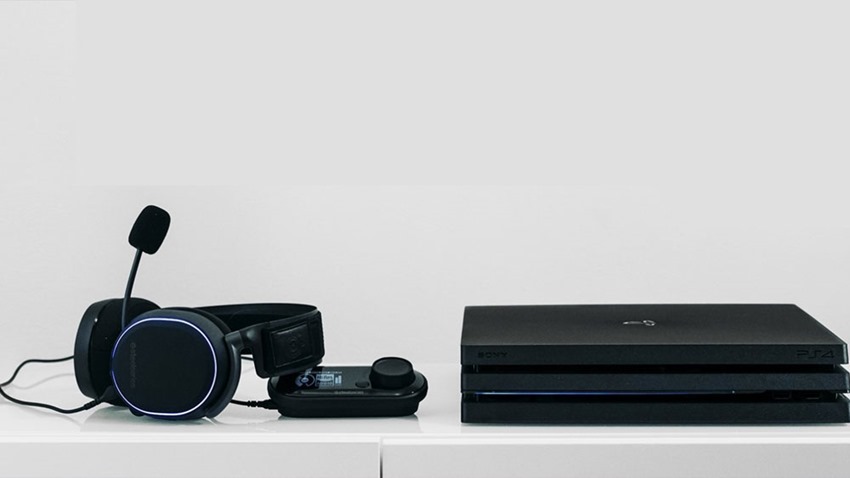 Mercifully, it’s tuned for neutral, almost reference levels by default, which means that it favours clarity over rattling your jaw loose from its socket. That suits me just fine, because I hate the way that most gaming headsets target the low or higher ranges of the register depending on their target audience.

The heart of the Arctis Pro though – at least the version I received – is the GameDAC. It’s a little control box that does the audio processing, turning your digital audio into an analogue output. It comes packing the revered, highly-sought after ESS Sabre 9018. Technically more of an ASIC than a DAC, the 9018 is used in all sorts of very expensive audiophile equipment like headphone pre-amplifiers thanks to its dynamic range of up to 135dB and Total Harmonic Distortion (plus noise) of –120dB. It’s largely meaningless numbers, but the result is that the pairing of the Arctis Pro and the GameDAC means you have a gaming headset that passes the audio enthusiast bar.

The GameDAC itself is incredibly intuitive, with a great big volume knob that gives you easy control over volume, chat mix settings and more. By holding the button in, you’ve got access to a menu, where you can enable or disable things like DTS X, Hi-Res Audio and more, along with full equaliser settings and tweaks. You can even set the illumination from the controller, which means less fiddling with SteelSeries sometimes fiddly software. You can either connect the GameDAC to your PC or PS4 using an optical cable or USB. There’s no real Xbox One support thanks to that system not allowing for USB audio connections, though you can still use it for game sound through optical. It does also have a 3.5mm input, a 3.5mm output for speakers and a proprietary port to plug the headset itself in. Included in the box you’ll find a cable to turn that proprietary end on the headphone cable into a standard 3.5mm one, for use on mobile phones or game consoles. 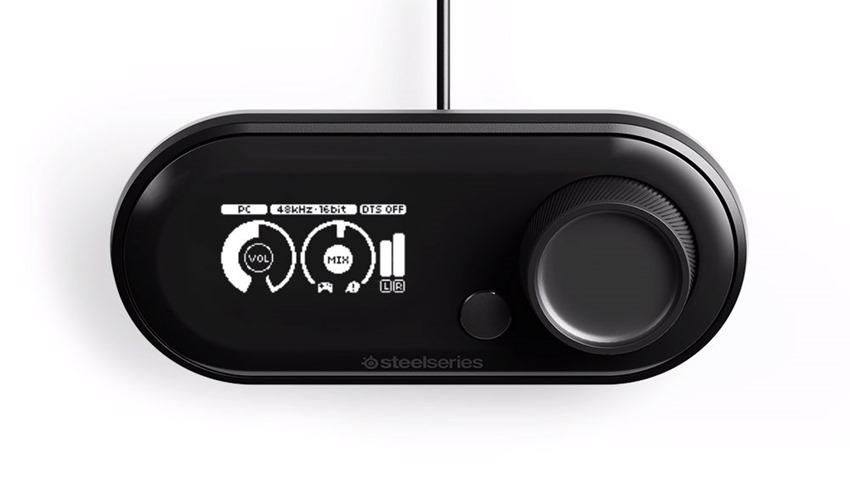 And it really does sound phenomenal, once you’ve done a little tweaking. Thanks to EU regulations gain is disabled by default, so once you’ve got that on, played around with the equaliser for a bit and enabled higher frequencies within Windows itself, it sounds positively lovely. Its specifications mean that it has Hi-Res Audio support – which is the audio equivalent of the move to 4K and HDR. Just like those formats, you’ll need music or games that support them, but that’s where services like Tidal come in, letting you listen to music that’s better than CD quality with a higher frequency range and greater bit depth than other services. There’s a three-month trial of Tidal thrown in when you buy the Arctis Pro, and if you like listening to music at its best you’ll probably keep that subscription going because it does make a difference.

It makes less of a difference in actual games though, which have yet to embrace the higher bit depth and frequency just yet. Games still sounds incredible though. The new gold standard for audio in games, Hellblade: Senua’s Sacrifice sounds amazing, with the binaural voices in Senua’s head gaining a demonstrable (and chilling!) bit of depth and presence. The terribly noisy, booming DOOM sounded just as great, with its blasting shotguns and grating, industrial soundscape. Every audible detail is stunningly reproduced in a neutral, reference way, and it’s delightful. I’m not especially enamoured with the DTS X V2 implementation. It’s not nearly as prone to the dreaded warehouse effect and sounds good, but I’ll always take great stereo over faux surround audio. 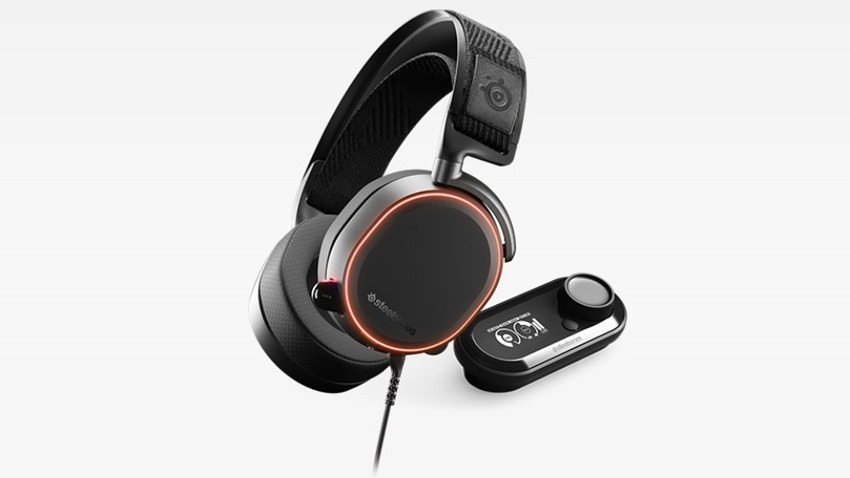 There are a couple of issues with the Arctis Pro and its GameDAC though. The cables that are included aren’t especially long, which makes this an awkward system to use if you do your gaming on a console that’s in an entertainment unit. Yes, you could easily use a USB extension cable if that’s your wont, but the whole thing definitely feels like it’s better suited to a desk. It’s an issue that’s mitigated by the more expensive wireless version of the headset, but then you lose out on the Hi-Res audio certification due to the nature of its wireless connection which doesn’t have the necessary bandwidth for its higher audio bit depth. There’s also a cheaper version of the headset that eschews the GameDAC, but then you’re missing half of what makes the set so damned good. I really wish that headsets could start using HDMI passthrough for audio instead of having to rely on optical connections and USB. It’s also frightfully expensive. At R4399 (on special!), this is niche, enthusiast level stuff that comes with an enthusiast level pricing.

Usually, if somebody asks me for a headset recommendation that’ll be used for both gaming and music, I’d point them in Sennheiser’s direction. The Arctis Pro changes that. If you’re looking for a headset that’s purely for gaming, then many of this headset’s best features will be completely lost on you. If you game, but also take your music listening seriously and don’t want a stack of headsets for specific purposes lying around, this is the one to get.