Home Gaming The Galaxy Note 4, Edge and a whole lot of Gear revealed 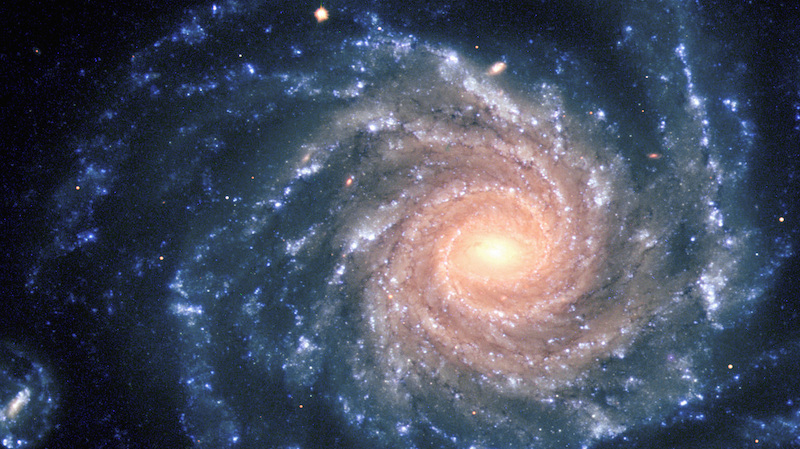 I’ve never really seen the partiality in Samsung’s Note series. They’re somewhere between a very large phone and a slightly small tablet, making them look awkward against your face and ever weirder in the pocket. Despite that, I can’t deny that there’s some impressive tech under the hood, making the Note a priceless piece of tech in the right hands. That’s even more clear with the new Galaxy Note 4.

Yesterday in Berlin Samsung pulled the sheets off not one, not two, but four brand new products that will be joining the family later this year. Everyone was expecting a new Note and Gear, but having two smartphones revealed and an entry into the VR market was certainly not an easy guess. With that said, we have a lot to get through. 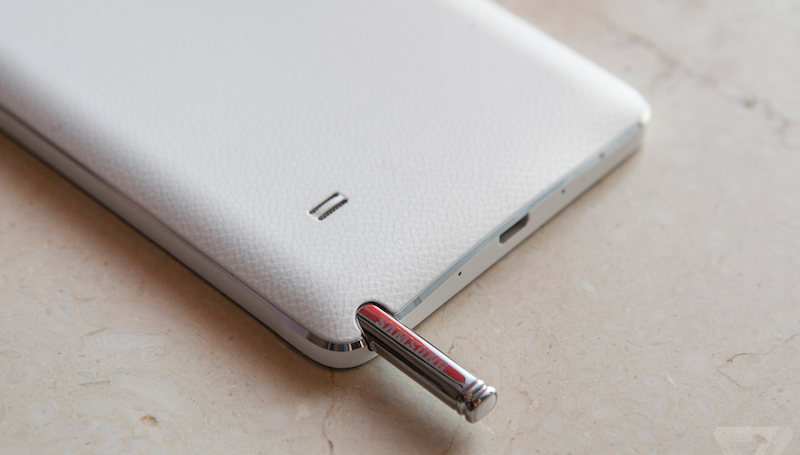 The most obvious reveal yesterday was the Galaxy Note 4, a smartphone that has been in the rumor mill for months now. Would it be bigger? How powerful would it be? Would the stylus be bigger than your…? The usual stuff really. What was announced wasn’t too much out of the ordinary, although it does make the Note 4 sound like an absolutely beautiful piece of tech.

The screen hasn’t received a bump up, sticking with the same 5.7′ Super AMOLED that the Note 3 shipped with. The resolution, however, has received a sizable upgrade, with a Quad HD resolution of 2,560x 1,440. If that sounds familiar, it’s the same resolution that the recently released LG G3 is sporting, albeit on a slightly smaller screen.

Under the stylish new metal frame and leather back, the Note 4 houses one of two processors, depending on region. The Note 4 will ship with either a 2.7GHz quad-core processor or a 1.9GHz octa-core processor, with both working nicely with 3GB of RAM. There’s the standard 32GB of internal storage, along with MicroSD support (suck it, Apple) giving you plenty of storage options to truly turn your Note into a multimedia powerhouse.

As you’d expect, the larger resolution and more powerful processor come with some power demands, and the slightly larger battery doesn’t seem up to the task. Samsung, however, has improved their battery efficiency (or so they say), extending battery life even with all the new components. The Note 4 will also charge a lot faster, reaching 50% in just 30 minutes. Again, according to Samsung.

Then there’s the little things in life. A 16-megapixel rear camera with new and improved OIS stability software, coupled with a 3.7-megapixel front facing camera. That camera, by the way, comes with a host of selfie features, including panoramic support; Panoramic selfies, because the world needs those. The S Pen has also been beefed up a bit too, with more useful software support to turn the Note 4 into a mini PC in the right hands. All considered, the Note 4 looks extremely impressive. That’s until Samsung basically outdid themselves. 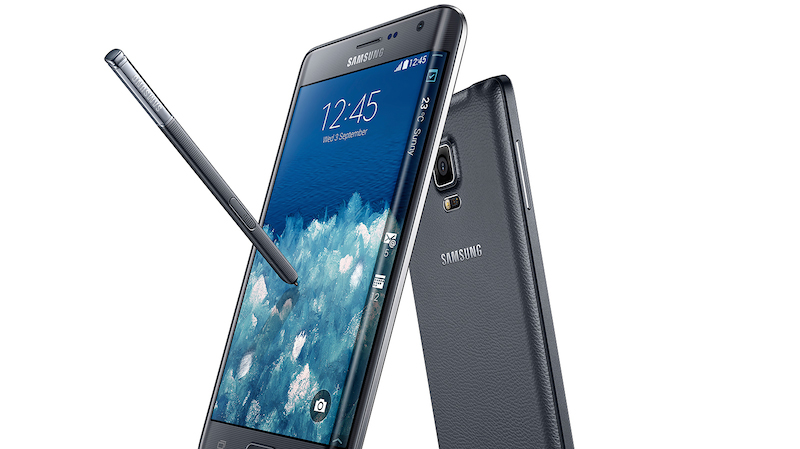 I might have been one of the only one’s surprised by the announcement of not one, but two smartphones, but I’m not sure everyone was expecting the Edge to be this damn sexy. The Note Edge is exactly the same as the Note 4 under the skin – same processor, RAM and memory – except that it’s differences set it apart.

The Note Edge features a curved display, with the right side of the display sliding off the edge. This gives the Note Edge a slightly bigger screen size and resolution, which is seemingly being put to good use by the Note’s software. The curved edge will act as a hub for quick access to apps, as well as notifications that don’t interrupt what’s happening on the main screen.

It’s a small difference, but it makes a resounding impact. Not only is it delicately useful, it’s makes the Note look far more visually appealing. It’s also Samsung’s first shop at curved smartphone displays, so a little caution is also advisable. 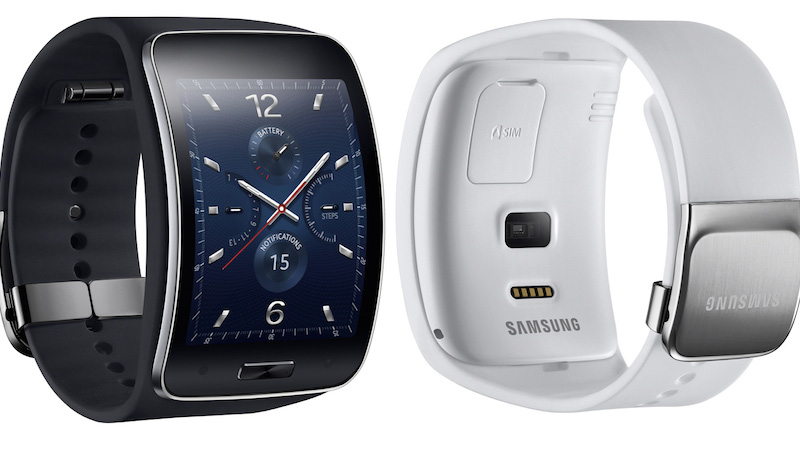 Samsung’s smart watch range has not been the best example of what a smart watch should be. Instead of being intelligent and capable on its own wristband, past Gear has been handcuffed to the smartphone it’s paired with, making it fairly useless in most cases. That’s not happening with the new Gear S, which is now a fully independent device.

The Gear S will still require the Note 4 for some minor app management here and there, but apart from that this is a completely new way to look at Samsung’s smart watches. The Gear S will require its own sim card, which means it will have its own internet connection. That means fitness tracking, turn by turn navigation and even messages and email without the need for your smartphone to be anywhere near.

Leave your phone at the office, at home, anywhere really. The Gear S comes equipped with a small keyboard which fits nicely on the 2′ curved OLED display, a far more attractive solution than the square Gear of the past. The watch will also run on Tizen, and feature over 1000 app designed exclusively for the Gear S. It’s definitely not a replacement to your smartphone by any stretch of the imagination, but it certainly seems more capable than past attempts. 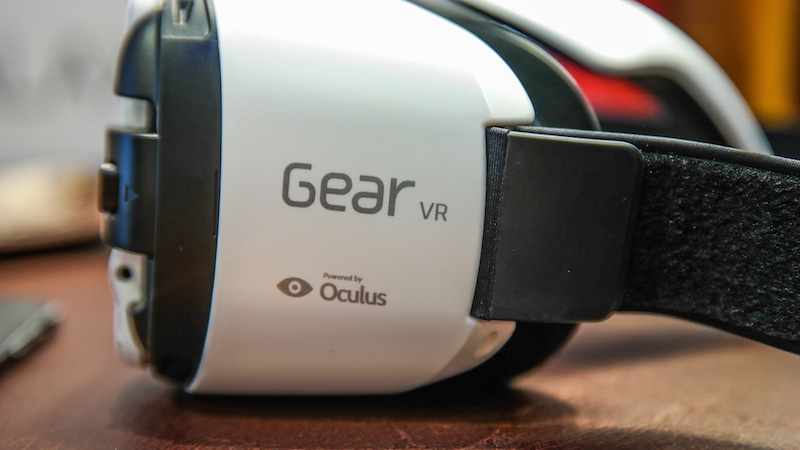 It’s been rumored for a while that Oculus and Samsung were in bed together, working on a VR device for smartphones. With Oculus using Samsung screens in their Rift, it was pretty obvious that the companies were on good terms with each other, cemented by the announcement of the Gear VR yesterday.

The smartphone VR headset will require a Note 4 to work, locking the phone in place behind a pair of 3D lenses. It’s basically a more commercial version of the DIY cardboard box VR solution that Google released a few weeks ago, although we’re only seeing the first iteration.

Gear VR will come bundled with a MicroSD card filled to the brim with 3D content you can view on the Note 4, with many film and game studies wiring on content exclusively for the device. The headset will ship later this year, although the Innovator Edition is more for developers than the general public. A proper consumer version will follow next year, although a Samsung rep suggested to me that South Africa won’t get Gear VR at all.

So if you’re a fan of Samsung’s Note series, then yesterday was like an early Christmas of sorts. The Note 4 really does look like a great device, although the Edge is the phone I really want to get my hands on. Both of them should be available locally sometime in October, hopefully with the Gear S as well. If you’ve got an upgrade around the corner, you may want to wait a little.