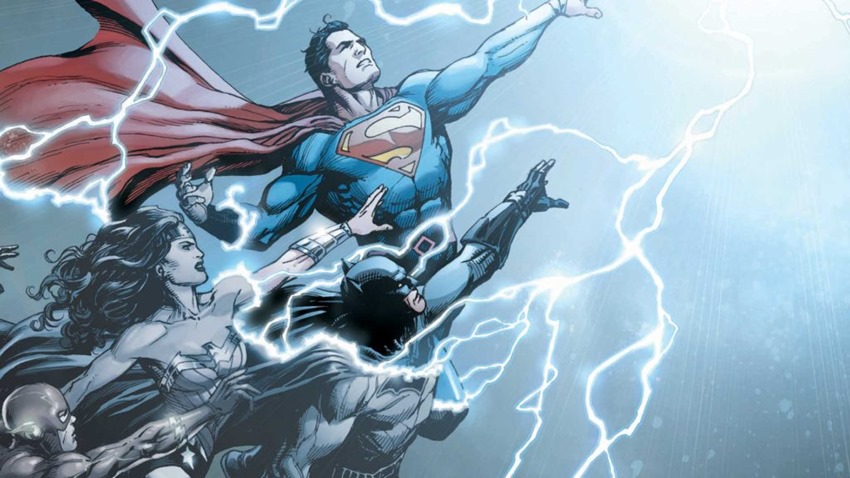 When there’s too much continuity in the house, what do you do if you’re DC Comics? You find your nearest broom and you sweep history under the cosmic rug as you prepare for a relaunch of a comic brand that is no stranger to pushing the reset button. Whether it was Crisis on Infinite Earths hitting F5 on DC’s bloated timelines, a tonal reboot following Infinite Crisis and the One Year Later storylines or the massive push to reset DC Comics with The New 52 in the 2010s, the Distinguished Competition is always ready to press a few buttons and restart its creations.

Rumoured plans for Generation Five of DC Comics may be the ballsiest attempt yet by the publisher to start afresh, but they’ll be doing so with an eye on the future of the DC Universe. Generation Five is a passing of the torch, a hold B to skip several years of stories that’ll eventually see familiar heroes replaced by a new generation who’ll bear their mantle and responsibility to save the world whenever evil rears its ugly head.

It’s also an event that has been foreshadowed for months now, and even with Dan DiDio’s departure from DC, it looks like plans are in full swing to push forward on this latest attempt to shake up the industry. Here’s a brief timeline of how the event has been set up so far: 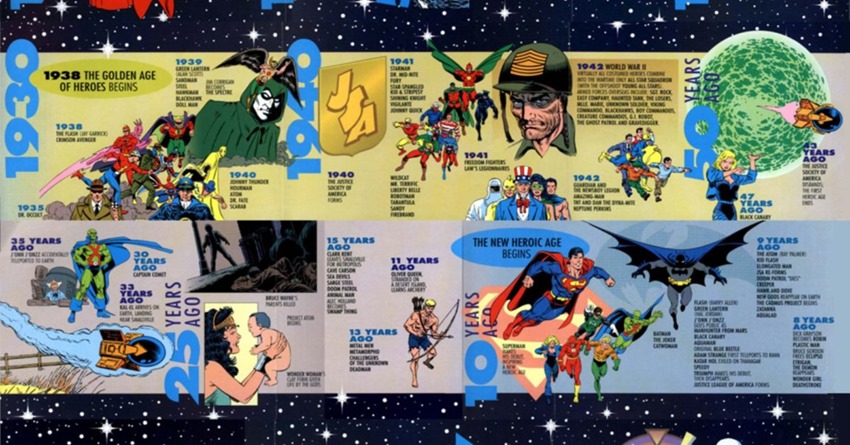 Then-employed co-publisher of DC Comics Dan DiDio outlined plans at New York Comic-Con to finetune the DC Universe timeline and introduce four specific generations of history that spanned the emergence of heroes in the public eye all the way to today:

While the series may have been largely pointless and went on for way WAY too long, Doomsday Clock by Geoff Johns and Gary Frank still dropped some tantalising breadcrumbs along the way, with the first mention of “5G” being found in a single panel. 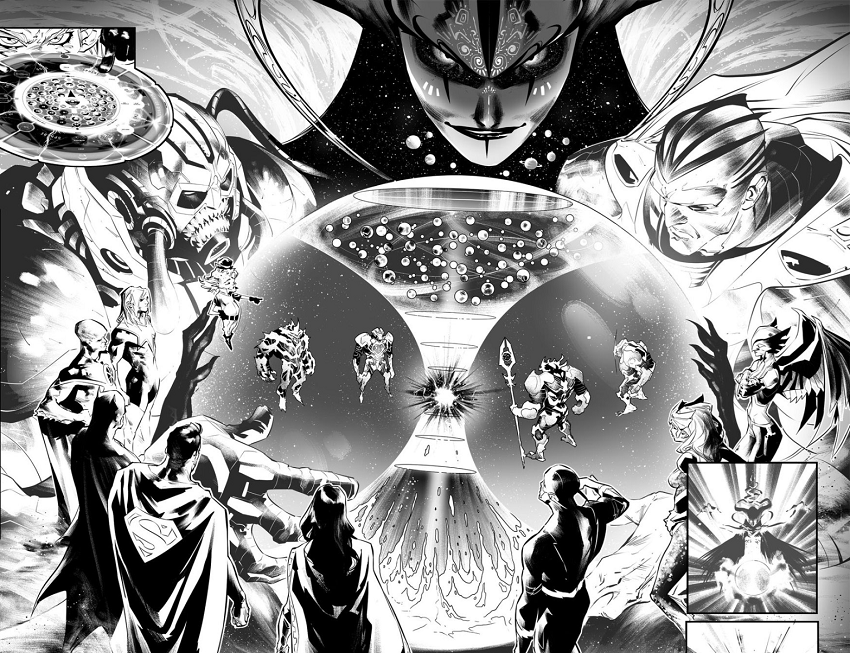 Sources over at Bleeding Cool and Comics Beat detailed a new Crisis event, one that won’t just lead into Generation Five but will also answer several questions and use Hypertime to explain why Batman isn’t complaining about arthritis in his favourite punching hand every time he rearranges the Joker’s face.

Generation Five begins with the death of Alfred Pennyworth 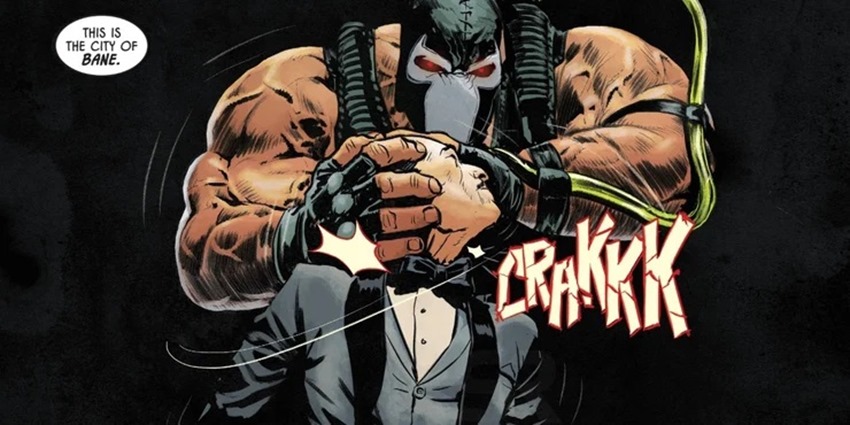 Also yeah, spoilers. Alfred is dead. Anyway, Batman writer Tom King broke the silence of Generation Five on on John Sientres’ Word Balloon podcast, detailing how the death of Alfred is the spark that lights the fire on this event. With the man he considered to be his true father dead, Batman begins to lose his connection to his humanity and generating repercussions that will be felt across the DC Universe. 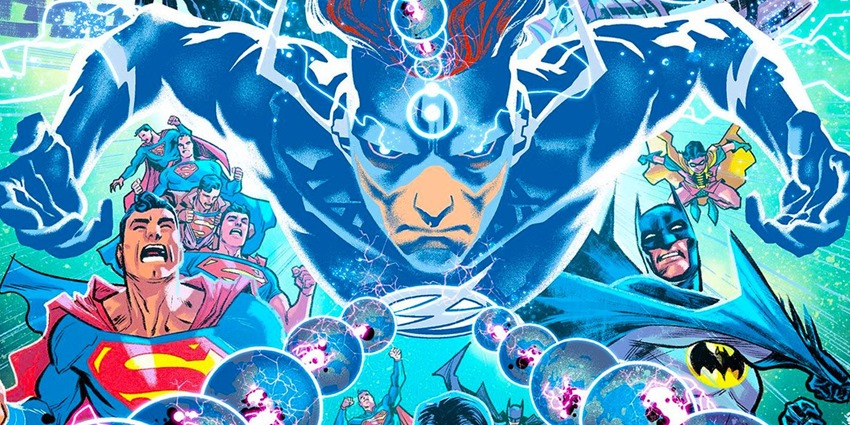 Not just a good lyric from a great Green Day song! This year’s Free Comic Book Day will kickstart the road to Generation Five (which has Wally West merging with the all powerful Doctor Manhattan apparently), with a special issue devoted to each Generation being released throughout 2020. Dark Nights Death Metal will also plant seeds for Generation Five, such as seeing Batman and Superman aged up and needing new successors to carry on their legacy.

That was a good Keanu Reeves film 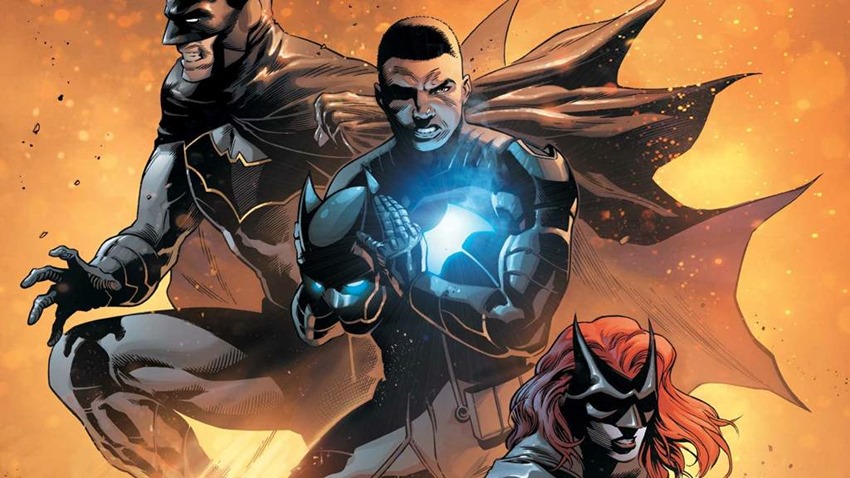 Okay, according to the rumours, here’s the new line of heroes who’ll be saving the day:

Not a bad list, save for the Batman option as this is a mantle that was perfect for Bruce Wayne’s other protege, Thomas Duke AKA The Signal. Gotham’s hero doing the daylight hours when Batman rests, I kind of wanted to see Duke take up Batman’s cape and cowl as his history and introduction within the DCU has been nothing short of amazing so far. Ah well, I guess we can’t all get what we want.

Why is all of this happening?

Well, there’s precedent for it. DC regularly resets itself, first establishing a newer and simpler timeline with Crisis on Infinite Earths in the 1980s, doing a bit more housecleaning with Zero Hour in the 1990s and then there was The New 52 which spun out of Flashpoint. Generation Five is that fresh start once again, albeit one that happens without sacrificing continuity and instead works from a blank canvas in DC’s not so distant future.

Another theory I’d posit is that DC isn’t done yet with attempting to build its own cinematic shared universe, and having a new generation of heroes create their own legacy on the printed page will eventually result in that source material being used to once again challenge Marvel at the box office with their own wellspring of established heroes. But that’s just me.

With comic book sales in flux once again, Generation Five is the latest attempt to bring in new readers and grow the market, leveraging the tonal appeal of DC Rebirth with the freshness of The New 52 in one complete package. Will it be successful or will it last two years and roll back to the way things used to be? Only time will tell.