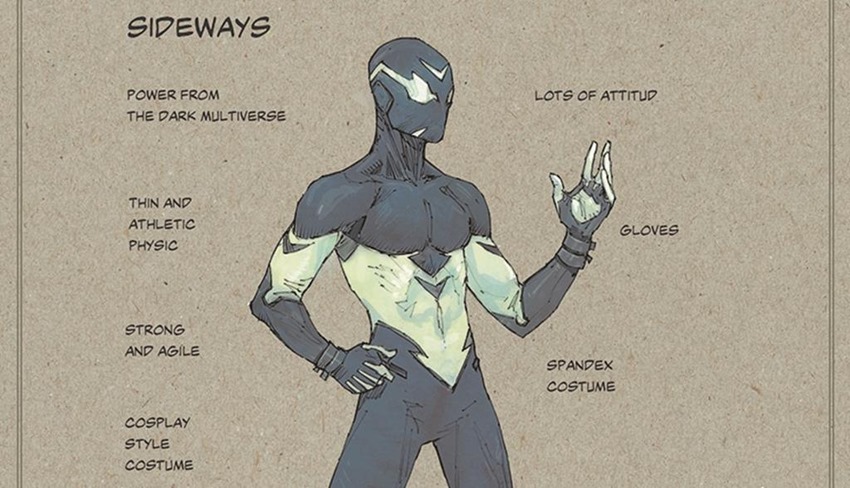 Comic books at their very best, are about change. The kind of change that readers can identify with. Whether it’s the X-Men being a great example of the horrors of puberty and persecution or Wonder Woman offering compassion instead of violence, comic books should and always strive to be relevant in any day and age.

That’s an idea which feels especially poignant in today’s turbulent times. People need heroes, people need icons and publishers aren’t exactly shying away from creating a more diverse cast of characters for audiences to become emotionally invested in. It’s a double-edged sword though, because rampant change within established comic book characters usually leads to a backlash from the readers who originally supported those titles.

The fact is, everyone can’t have everything that they want in life. What fans can have however, are new ideas in new heroes. A school of thought that has led to “The New Age of DC Comics”, wherein the publisher has taken the momentum of their Rebirth initiative and channelled that into gaps that DC’s traditional heroes can’t exist in.

One such new comic book that highlights this push to diversify further? Sideways. Here’s the plot breakdown for it: 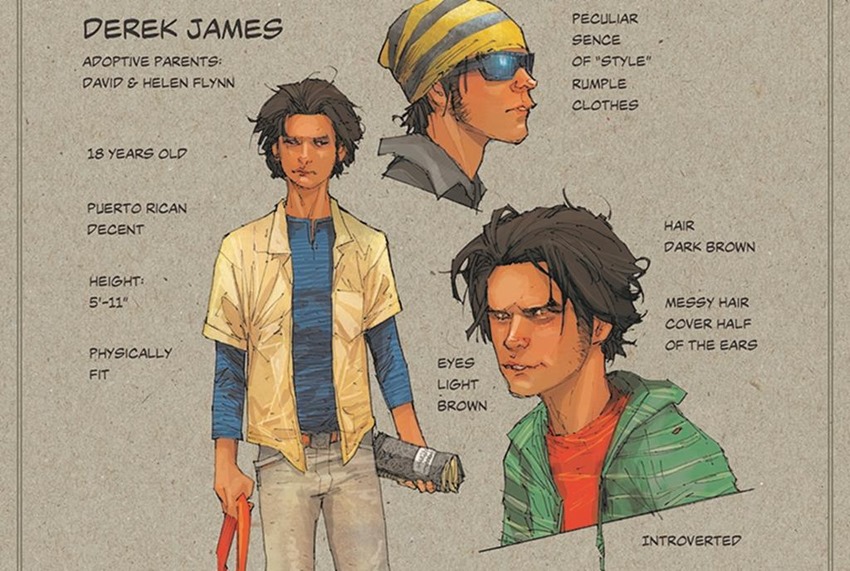 During the events of DARK NIGHTS: METAL, high school junior Derek James accidentally fell through a rift into the dark matter dimension! Now, as Sideways, he can create rifts in midair to leap through dimensions at will! But with that much power comes great liability—and cracks are starting to form in the fabric of the space-time continuum…

So what makes Sideways different? Besides the fact that the main character is Puerto Rican, Sideways focuses on a hero who is used to be a loner. “The character plays to all the things that I love in comics, if you want to know the truth. I like the teen loner. I like the kid struggling against all odds, trying to figure out powers while trying to figure out how to fit his place in society, trying to make friends and being somewhat inept at it – but also, at the same time, trying to be a hero and not really succeeding at that either,” Sideways co-writer and DC Comics co-publisher Dan DiDio said to Newsarama. 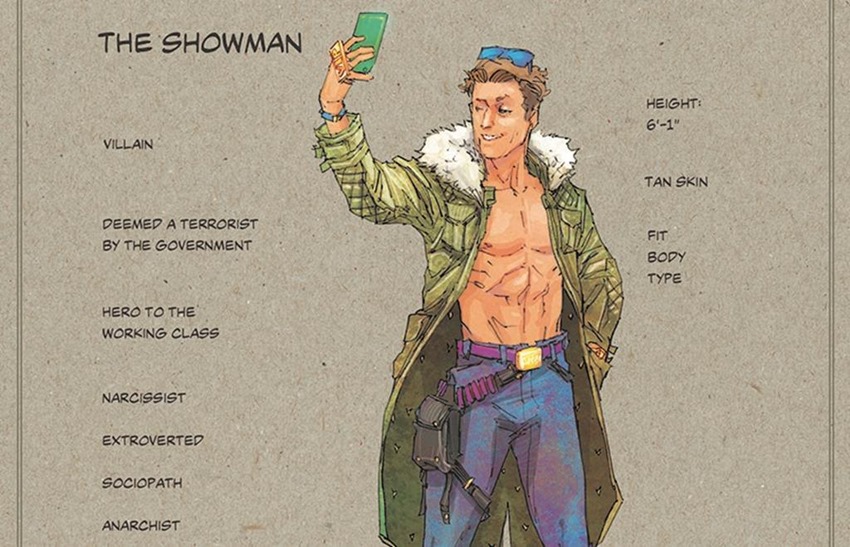 It’s somebody you want to root for, and that’s something I enjoy in fiction and wanted to bring to the book. When we built the “New Age of Heroes” line, we really wanted to bring a full, diverse set of characters here and really touch upon a lot of characters and sensibilities that were lacking in the DCU. And while we have the Teen Titans, we have a lot of teen characters, I like the idea of a teen loner, something that I felt was lacking in the DCU at that moment.

So we wanted to build this character out to fill that void.

For DiDio, DC’s new focus means a chance to grow its library, to introduce audiences to new ideas and characters. Something that has been sorely lacking within the pages of its multiple comic books for years now.” For us, we need to grow and to expand. And we haven’t had a real influx of new characters in quite awhile. And this feels like the right moment to really push that out,” DiDio explained. 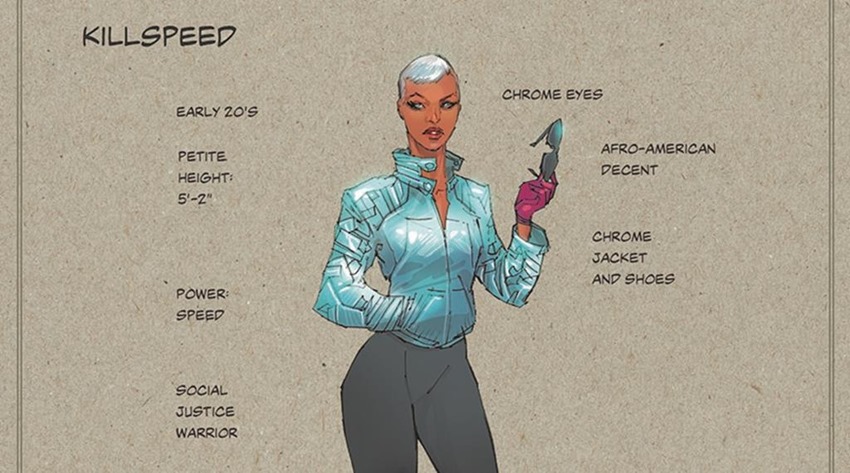 We went back with “Rebirth” and we re-established our core in a way that the fan base reacted very positively to. So we couldn’t go in there and start changing things automatically after re-establishing who they were.

So this gave us the perfect chance to create new characters to help fill out that world now and fill in those blanks in the types of stories we weren’t telling in that moment. We’re testing all these characters right now to see which ones work, which ones don’t. But we want to make sure they become fully integrated into the DC Universe.

You know, when I look back in history – comic book history – we talk about Firestorm all the time. And Firestorm was introduced and was cancelled after five issues. And then Firestorm became a back-up character in Flash, I believe it was for a period of time. And then he became a member of the Justice League. And then all of the sudden, he has his own book again and it runs for 100 issues plus. And now he’s a mainstay of the DC Universe. 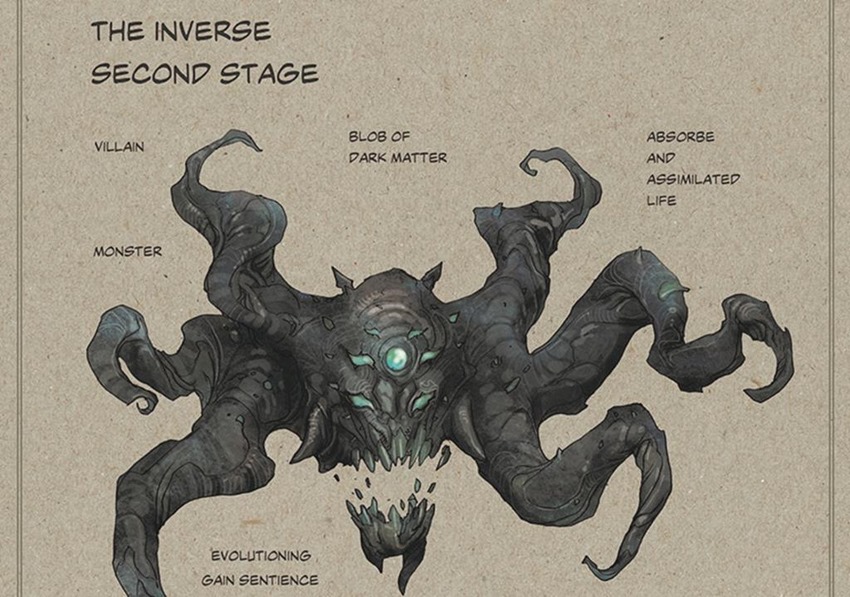 Our goal is to create characters and find ways to make them work, because we add value to the DCU and fill places in the DC Universe that helps make it a more diverse and expansive place.

What “New Age of Heroes” is really about is returning to a lot of basics in comic book storytelling that we’ve sort of lost along the way – the return of secret identity; the opening up of the storytelling; the romance, intrigue, the challenges that come with being a hero and trying to negotiate that against your normal life.

And most importantly, we wanted to bring new characters in. We want to diversify in a way that feels natural and organic, rather than forcing change upon characters that people fully understand in a certain manner already. So we love the “New Age of DC Heroes” – I really feel like we’re pushing ourselves. The hope was to create characters that were filling gaps in our line-up without ultimately replacing other characters.

I think that’s what was key. 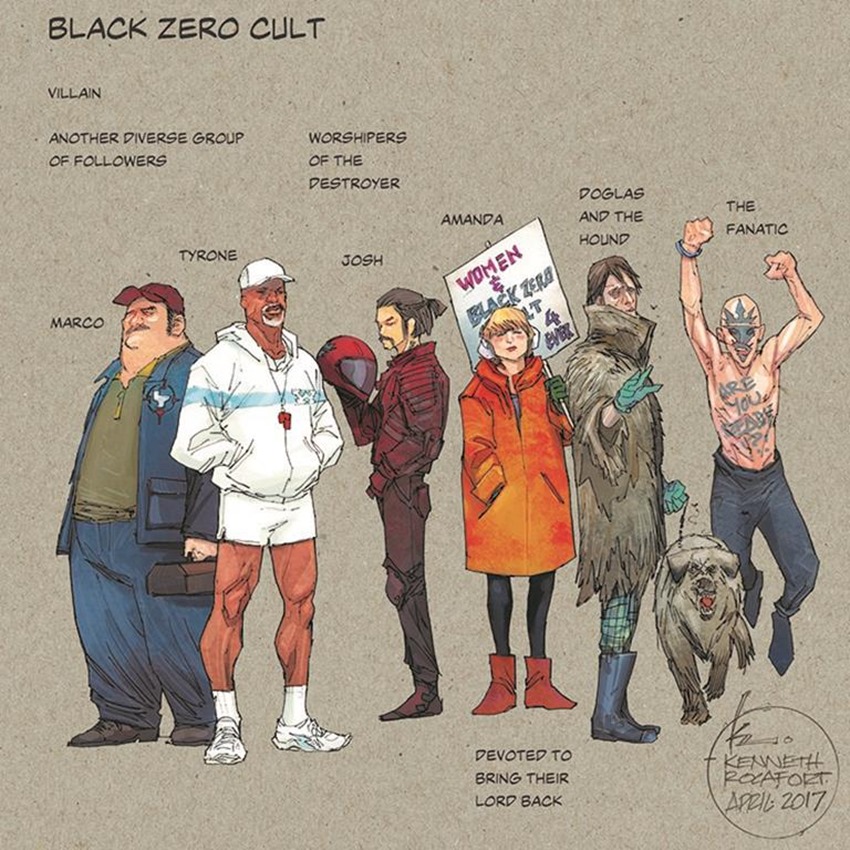 And I can dig that. For most readers, rampant change in comic books usually amounts to the equivalent of being forced to swallow a fistful of hot gravel. When legacy is stripped from a hero and their reputation is left in ruins so that a young new face can take over, fans get downright angry at their emotional investment being tossed aside.

New characters on the other hand, can work wonders for a comic book universe. It can re-energise a franchise, can provide new angles to explore and draw in future generations who’ll eventually pass the mantle on to the fans who come after them. Sideways kicks off the journey to create a wider universe within the DCU this week, and it features the stunning art of Kenneth Rocafort and Justin Jordan on co-plotting duties with DiDio.