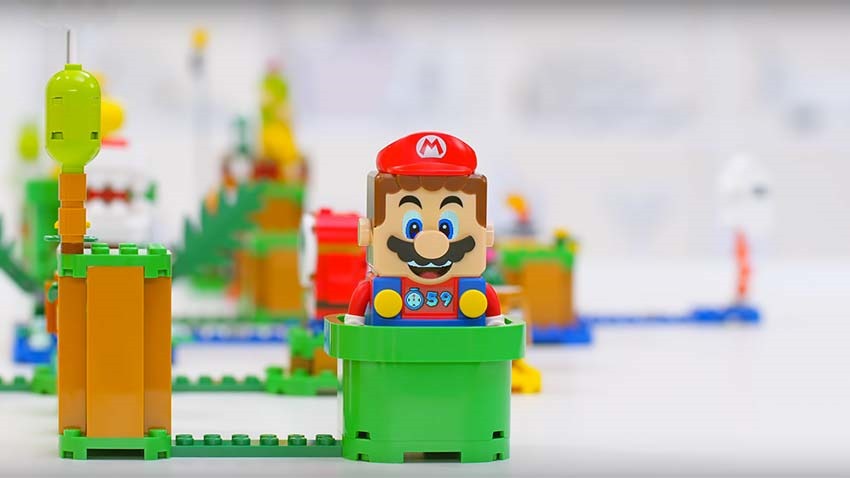 LEGO has had a hand (and a painful ankle during that one night when a four-stud block stabbed your foot because it wasn’t packed away) in just about every single pop culture franchise under the sun over the last couple of years, and now the Danish toy company is turning its attention towards Nintendo. In a partnership that just make so much sense, both entertainment giants are flexing their licenses to print money muscles, combining the worlds of LEGO’s brick-building fun with Nintendo’s most iconic Italian plumber. And Luigi.

Announced earlier in the year, LEGO Super Mario is exactly what it sounds like: A chance to create your own Super Mario levels, bringing the mustachioed plumber from his 2D origins and into a more three-dimensional setting. The catch here, is that Mario himself has a whole lot of interactivity built into him. His internal electronics allow him to collect coins and interact with players, depending on the course that they use.

If you need a reminder, here’s what it looks like in action:

So how much will it cost you? Well to start off, you’re looking at a cool grand for the first kit, which includes Mario himself. To change his look, you’ll need to purchase one of several power-up packs which will allow you to outfit Mario with his fire flower, propeller, cat suit and builder costume upgrades. If you’re looking to also add a few extra interactive bricks, expansion sets to the starter kit will sort you out.

On top of that, there are also ten collectible enemy characters that are available in blind bag Character Packs, which include a Paragoomba, Fuzzy, Spiny, Buzzy Beetle, Bullet Bill, Bob-omb, Eep Cheep, Blooper, Urchin or Peepa. Here’s the full list of prices for everything via the Yellow Brick Road, our official local distributor for all things LEGO:

For those of you who aren’t keeping track, that entire kit will work out to over R10, 000. No one’s saying that you have to buy everything, but I know you’re all an OCD lot, so good luck. The full LEGO Super Mario assortment will launch at the beginning of September 2020, with starter kits available for pre-order right now.