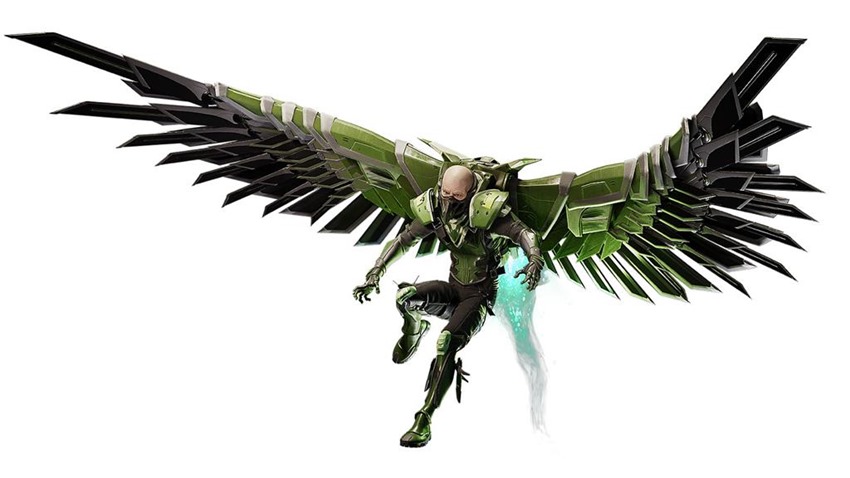 Proving that age is nothing more than a number, Adrien Toomes used his genius for engineering to take to the skies and cause all manner of trouble for Spider-Man. Cunning, dangerous and unhinged, the Vulture has nothing to lose and everything to gain when he picks at the bones of crime and makes every hero in the Big Apple keep an eye on the skies above them! 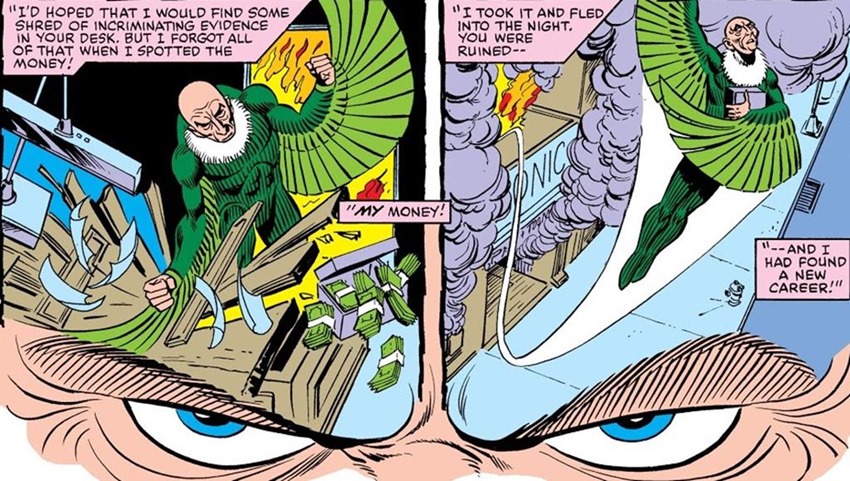 Adrien Toomes may not have been born into a life of crime, but after a lengthy career in engineering began to wind down, Toomes discovered that his retirement nest egg had been thoroughly plundered by his business partner Gregory Betsman. Deciding to strike back after Bestman used a loophole to fire Toomes from the company that he had helped start up, the mentally unstable pensioner developed an electromagnetic wing harness which granted him flight, strength and agility, all useful skills which would allow him to rob his finances back from Bestman.

Destroying the offices of Bestman’s company, Toomes embarked on a crime spree that was only halted when Spider-Man used his own ingenuity to clip the wings of the Vulture with an anti-magnetic inverter. Thus began a long feud, as the Vulture would frequently tangle with Spider-Man and find himself regularly defeated by the wallcrawler.

At one point, Toomes discovered that his equipment had caused Cancer to develop in him, driving the elderly villain to the brink of madness. Barely surviving another encounter with Spider-Man, Toomes eventually stumbled across a plot to drive the webhead mad with shape-shifting androids of his deceased parents (comic books!), somehow managed to absorb the life force of a May Parker android (Comic books! Again!) and found himself restored to his youthful prime…sort of. 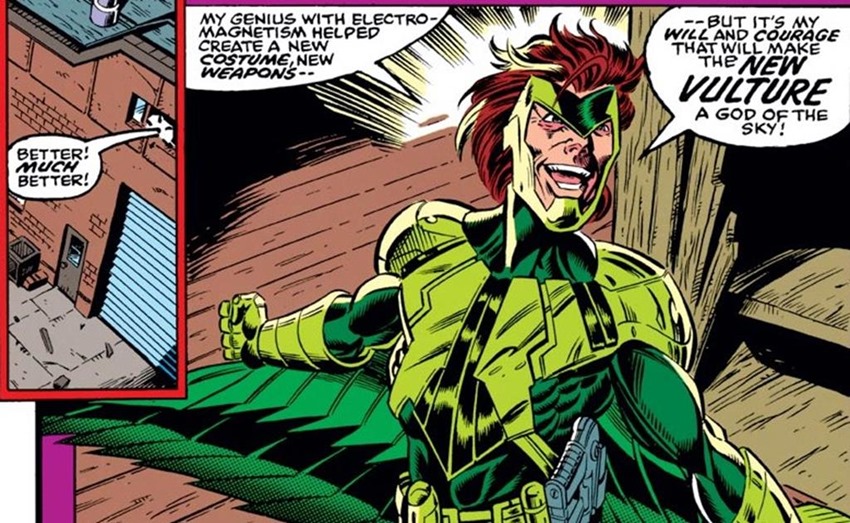 While the Vulture was now young and healthy again, he had to regularly absorb the life force of other people to retain his health. Eventually, these powers would fade after an encounter with the power-nullifying David Kalen, returning Toomes to his elderly form. Recently, the Vulture has been back in action, using his flying technology to outfit children and turn them into thieves who worked underneath him. 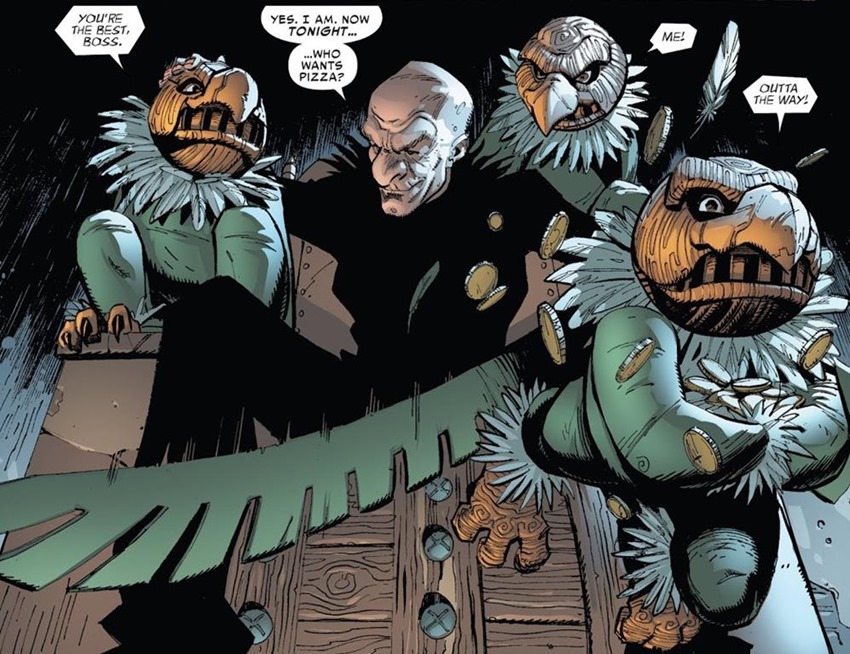 Eventually dropping the Vulture title after he had upgraded his suit, Toomes became the new Falcon, albeit a more villainous incarnation as opposed to the hero who once stood in for Captain America. No matter the time, place or face behind the harness however, one thing is for sure: The Vulture is always ready to scavenge for an advantage! 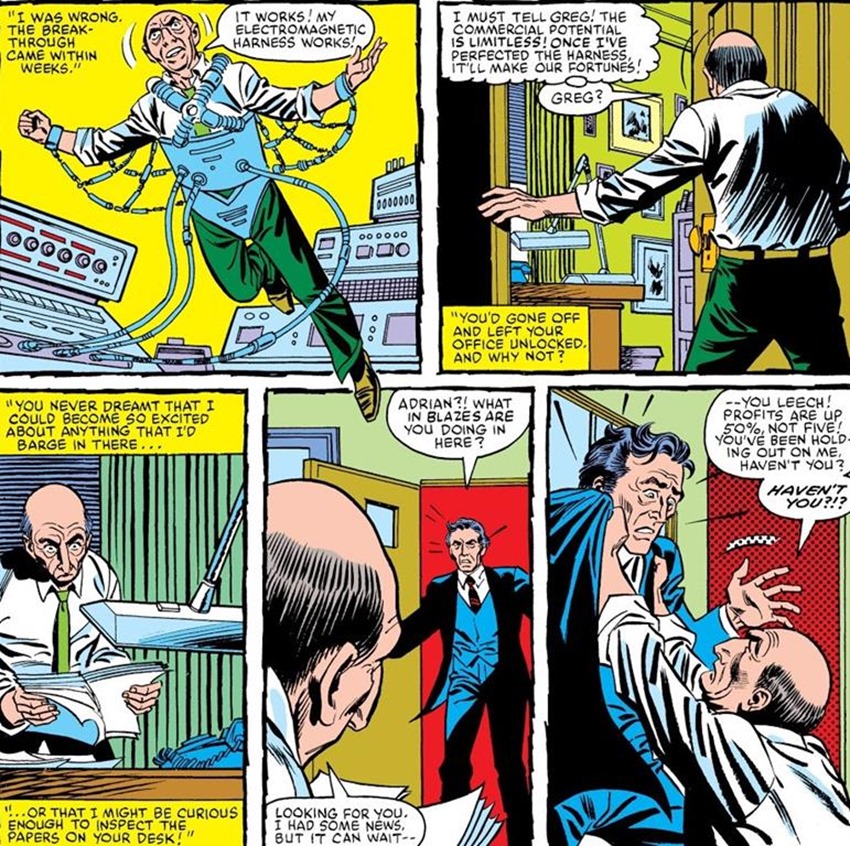 Utilising cutting-edge technology and an anti-graviton generator, Toomes created a suit that would allow him to fly. Capable of achieving high speeds of up to 95 miles per hour without even making a sound, the harness provides Toomes with all manner of physical advantages and protection, while also extending his lifespan.

When pressed into a corner, Toomes can fire off several “feathers” which have a cutting potential that is comparable to that of a sharpened sword. 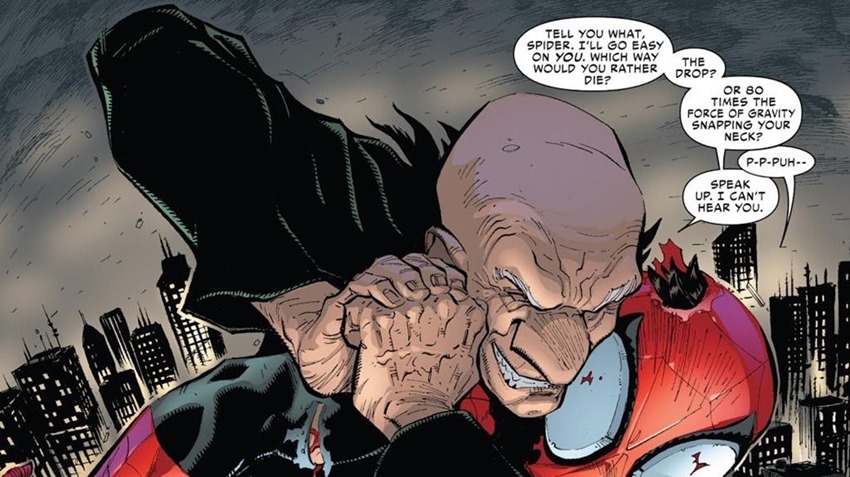 With his electromagnetic harness, the Vulture has proven to be capable of great feats of strength. While his raw power can’t compare to that of Spider-Man or Mister Negative, Toomes is still capable of easily overpowering an average human and has the potential to lift weights that clock in at over 300kg of mass. 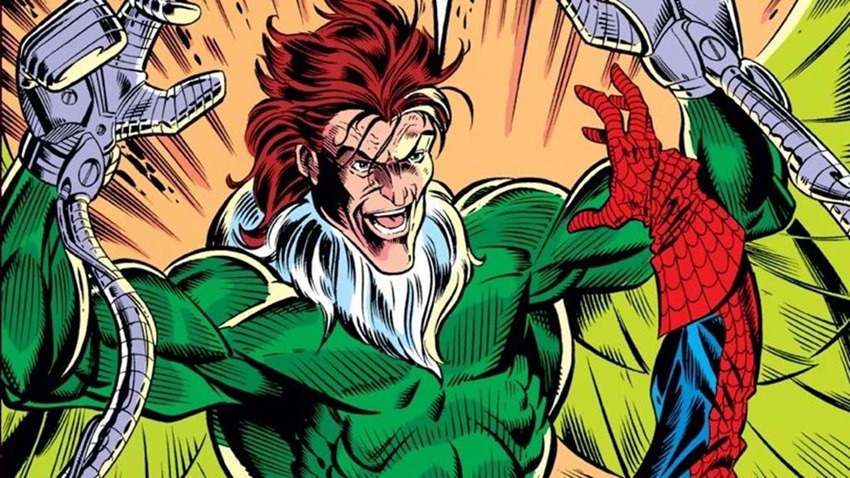 Naturally gifted when it comes to the science of electronics and mechanical engineering, Toomes used these talents to create his harness and earn a Master of Science degree in electrical engineering.

Even without his harness, Toomes has shown that he has some degree of power, able to levitate his body and fly at a moderate speed thanks to long-term exposure from his harness. These powers have waxed and waned over the years, however, and may currently have faded away entirely since he last demonstrated them. 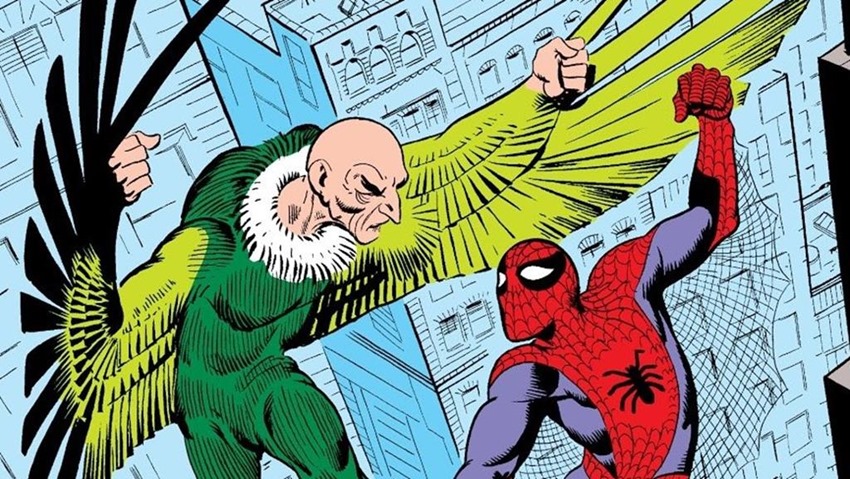 In his first appearance, Spider-Man finds that the New York skies may not be big enough for two costumed individuals, as the Vulture strikes! 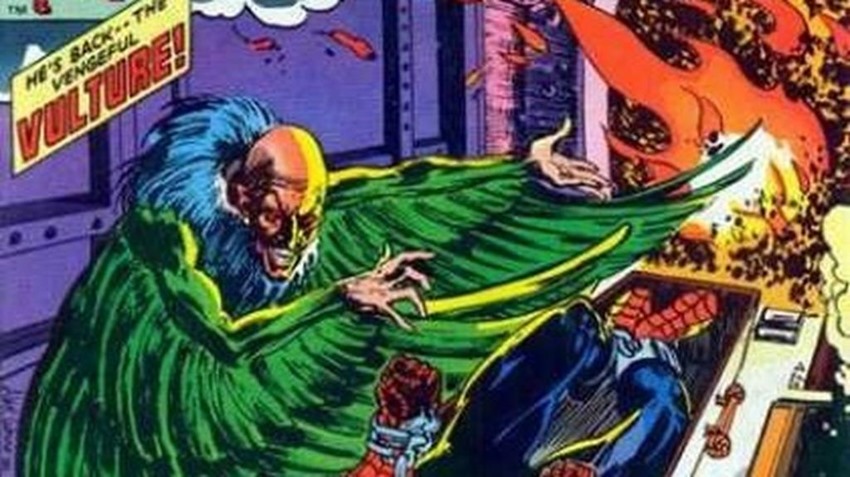 Reinventing himself, the Vulture aims to soar higher than ever before as he decides to make a run for the New York criminal underworld and establish himself as the new kingpin of crime! 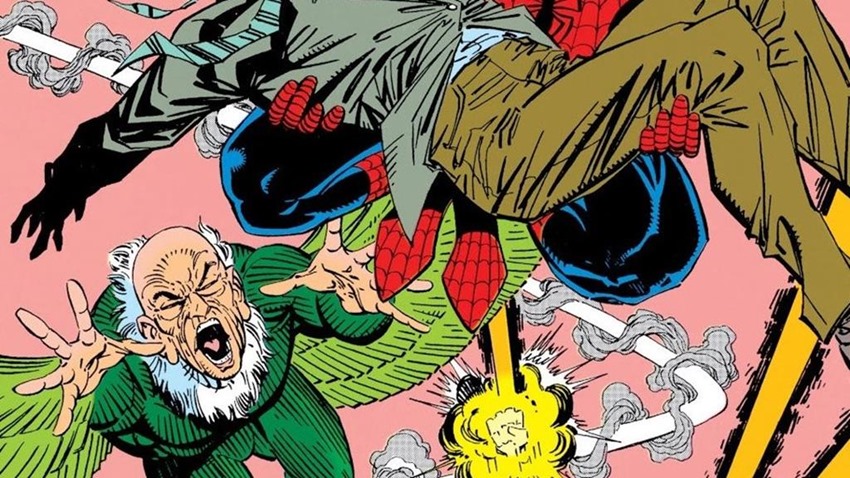 The Sinister Six are back, and this time the gang is looking to defeat Spider-Man once and for all! With the Vulture in their ranks, the squad of supervillains aim to bring the webhead back down to Earth not just with brute force, but with superior numbers and tactics for once. Can even Spider-Man stand up to a Sinister Six that is more united than ever before? 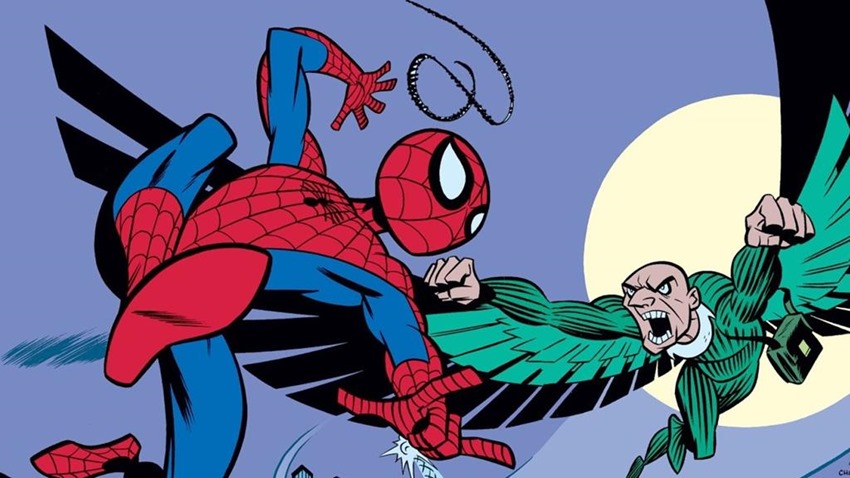 Featuring the art of the late and great Darwyn Cooke, the Vulture gets a happy ending for once. 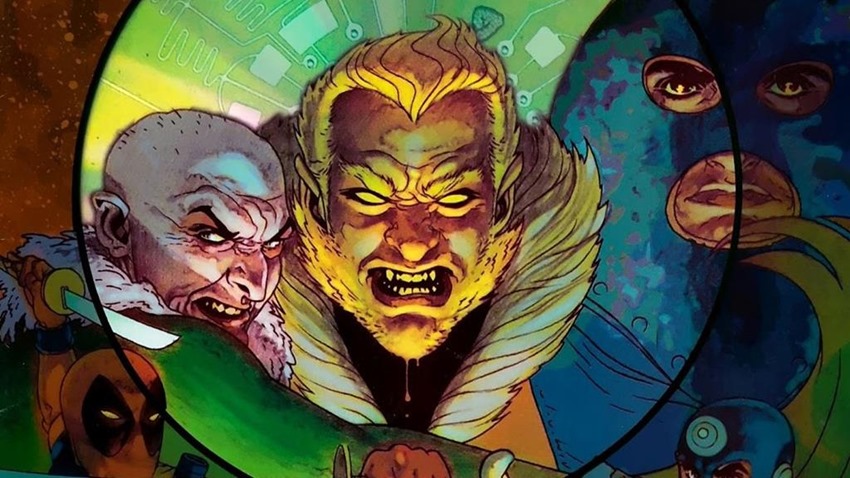 Sure, it may be a rip-off of The Usual Suspects that was aiming at DC’s Identity Crisis event, but Identity Disc still does wonders for Vulture as it retools him for the 2000s and makes him craftier than ever! 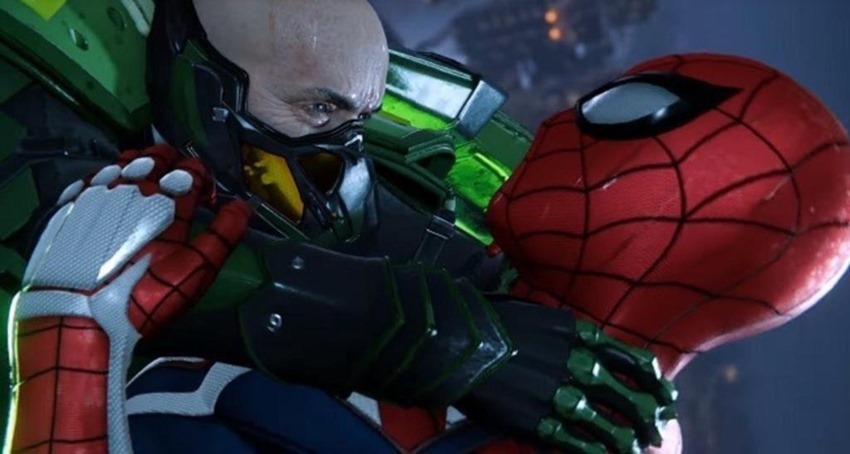