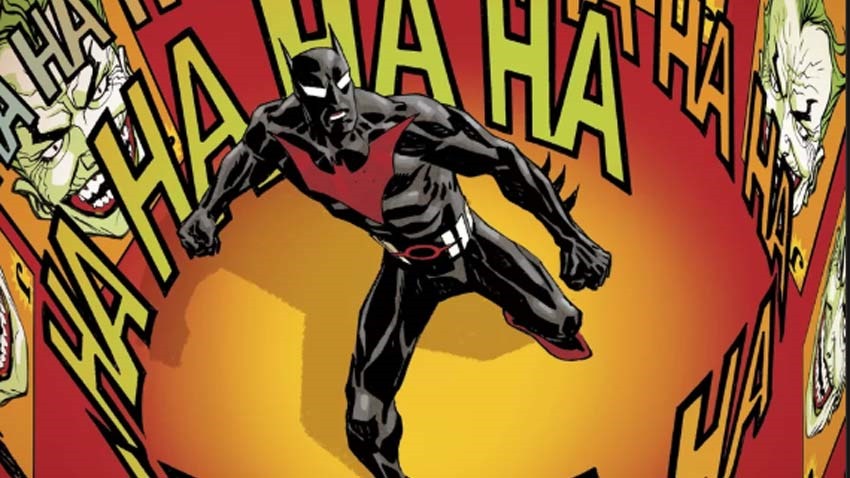 What’s the best Batman movie? If you said Batman Forever then HEEEEEEEY BUDDY I like your taste in film. On the more mainstream side, many a film pundit would probably (Bill) finger The Dark Knight as the finest caped crusader film, even though it doesn’t feature a single scene of Batman fighting a shark with special repellent gases.

Me, I reckon the best Batman movie is actually animated. Sure, The Dark Knight Returns parts 1 and 2 may form a comic book faithful masterpiece, but it’s actually a film from before then even. Batman Beyond: Return of the Joker is everything that you could ever possibly want from the dark knight. Action! Mystery! A plot twist that would put M Night Shyamalan to shame!

If you haven’t seen the film, and spoilers for a movie which is nearing two decades in age, that aforementioned twist was utterly brilliant. Digging in Bruce Wayne’s past and discovering what really happened to the Joker, current Batman Terry McGinnis finds himself tangling with a reborn Joker who has possessed the body of former Robin Tim Drake.

See, turns out that the Joker had died many decades ago, his last horrific joke being one of torture, brainwashing and twisting Batman’s greatest ally into a dark mirror of the ace of knaves. The Joker would eventually die at the hands of his own creation that fateful night…or did he? Because the Joker is alive and well in the upcoming “The Final Joke” saga. A story that sees the Clown Prince of Crime none too happy with how his legacy is being handled by gangs such as The Jokerz.

“If you go back to the very first episode of Batman Beyond, I always thought they introduced something rather intriguing there, which is the concept of the Jokerz,” writer Dan Jurgens said to Newsarama. 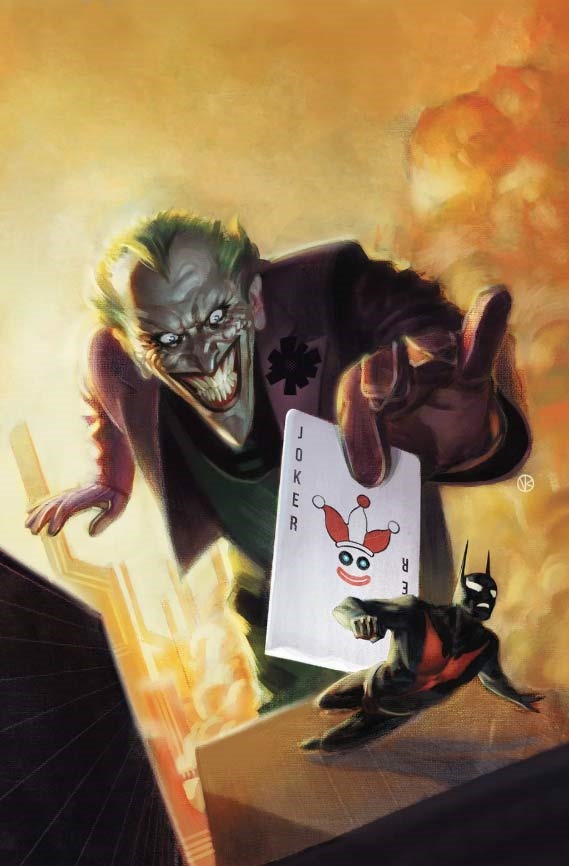 They’re a gang of kids – and by kids, we’re talking about young adults – who aspired to chaos. They used the Joker as this inspirational model, and these Jokerz just wanted to run around Gotham City, and their goal was chaos. I don’t think they necessarily had a profit motive or anything else. It’s just that they found the Joker to be an inspirational figure.

I’ve always been intrigued by that. Who gets inspired by the Joker? And how does he feel about that, if there are imitators and people taking his name? That’s really what gets us into this story. The Joker’s alive, and he discovers that he has all these people using his name, which he actually finds offensive. As far as he’s concerned, there’s only one, and it’s him – he is the one, original Joker and that’s all there ever should be.