Home Comics & Toys The Terminator is back…on my toy shelf 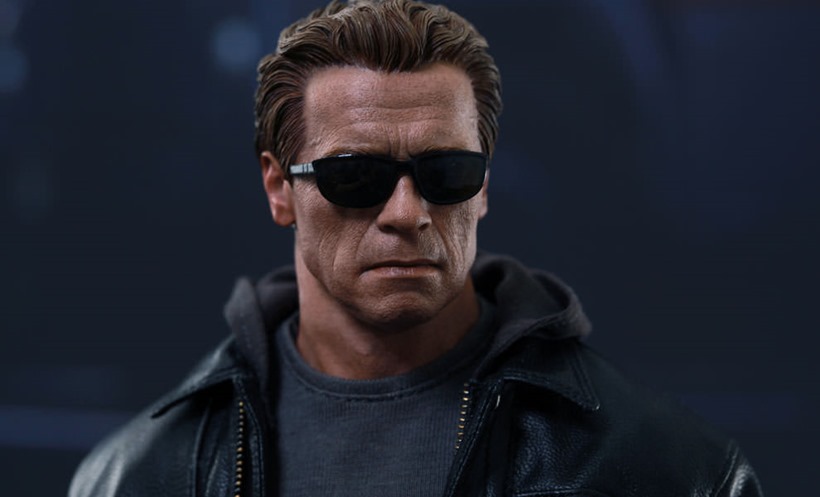 JOAHN CONNAH! COME MIT ME IF YOU VANT TO LIVE! Yes, it is time for anudder Haht Toys figure showcase! But zis time, it’s not about Iron Mahn or Kaptain Amerika! It’s time for Arnie to take over, jah!

And this time, Arnie is bahck!

While I eagerly await the arrival of Arnold Schwarzenegger and his massive boot that will kick my door down for the piss poorest of imitations, here’s a look at the latest incarnation of the T-800.

You might be wondering why this Terminator looks a tad bit older than the usual Austrian killer android that happens to be covered with living flesh that allows it to time travel, and that’s because this model happens to be from the latest flick in the series, Terminator: Genisys.

Terminator: Phil Collins as I call it. Anyway, the latest figure is capturing the look of Arnie as an older and wiser T-800 model. And it looks downright awesome:

The T-800 Guardian collectible is specially crafted based on the image of Arnold Schwarzenegger from the movie and features two newly developed head sculpts, a leather-like jacket licensed by Matchless, the oldest British brand of motorcycles and clothing, a detailed weapon, and an LED light-up figure base.