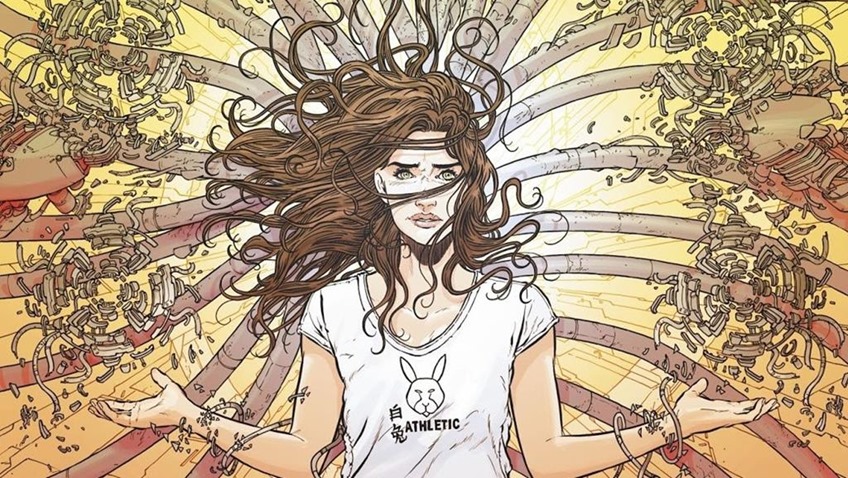 The 1990s were a very silly time for comic books, but an exciting era as well. At the height of the craze for all things printed, there came a massive disruption to the status quo that Marvel and DC had created in the market. Image Comics was the name of the new kid on the block, a collective of artists who had one simple mission: Make great comics, and retain ownership over their hard work.

While the likes of Todd McFarlane and Erik Larsen found success with titles such as Spawn and Savage Dragon, Jim Lee’s Wildcats proved to be a hell of a success story as well. Maybe the most 90s comic book of all time, WildCats was everything you’d expect from the time: Gargantuan muscles, skimpy costumes and a whole lot of pouches.

Times change though. What worked in the past might not work today and a fresh take on a cult classic property isn’t just a necessity in today’s modern era, it’s welcome. So how do you take something as over the top as WildCats and reinterpret it for today’s savvier audience? By scaling down on the more fantastical elements, but keep just enough of its magic present so that the charm isn’t lost. 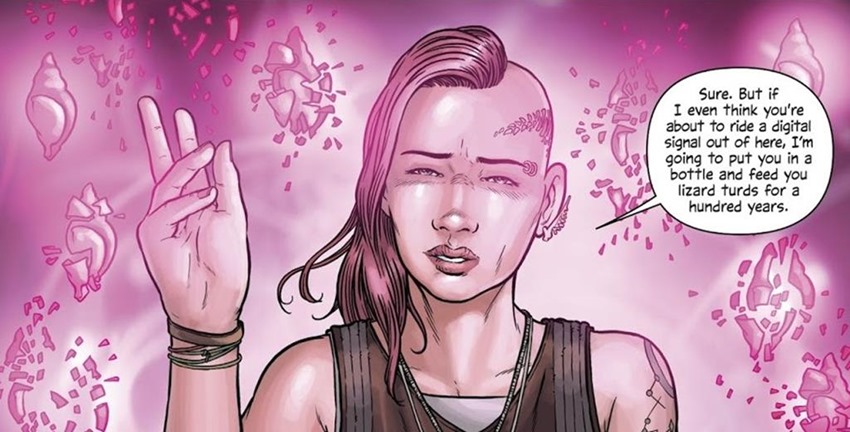 Which is exactly what Warren Ellis and Jon-Davis Hunt have done with The Wild Storm. It’s a fresh start for the war between humanity and ancient alien forces, that feels less like a reboot and more like reinvigoration. Gone are the overt battles that defined the Wildcats team throughout their original runs. Instead, The Wild Storm puts the team back in a covert light, repositioning them as renegades caught in the middle of a cold war for control of not only the planet but the solar system itself. 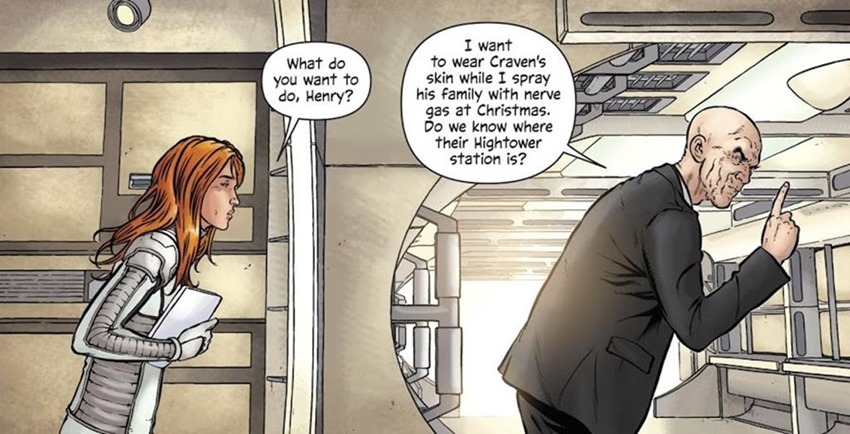 And it works. With Warren Ellis on scripting duties, there’s an atmosphere of untrustworthiness, layers of conspiracies to delve into and character’s who converse in lightning-quick dialogue that sets the mood perfectly. There’s a terrific sense of wonder, captured by the interactions of very real characters trying to make sense of the fact that the world they knew happens to exist in a state where mutually assured destruction could be triggered any day now thanks to a ceasefire which happens to be more fragile than tissue paper in a hurricane.

Want sarcastic and unlikely heroes? Tyrannical overlords that aren’t that far removed from the boss you work for in real life? Weary travellers from beyond the stars? The Wild Storm has all that, plus a story that has a very well defined beginning, middle and end as all the pieces on the chess board begin moving towards an inevitable conclusion that could see a whole new universe reborn by the time the dust has settled.

And I haven’t even mentioned Hunt’s art yet, which can easily flip between plot-heavy dialogue: 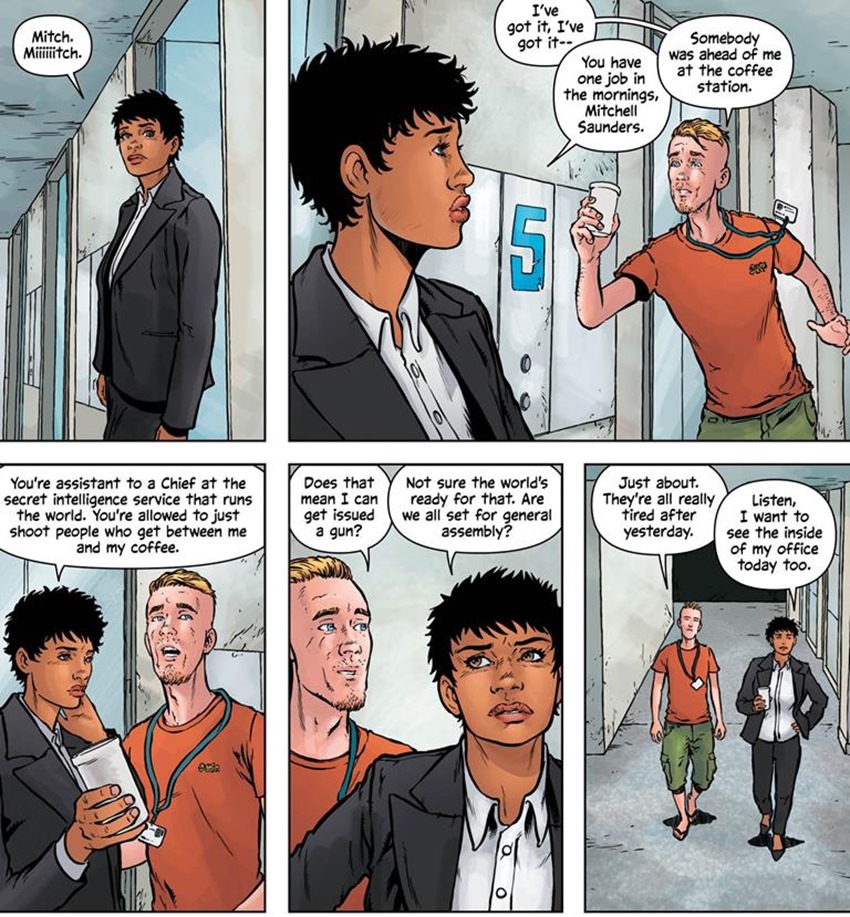 Or some of the best damn action sequences you’ve ever scanned with your ocular organs. Also, Steve Buccelato’s use of colour always seems to be on point no matter what the scene calls for: 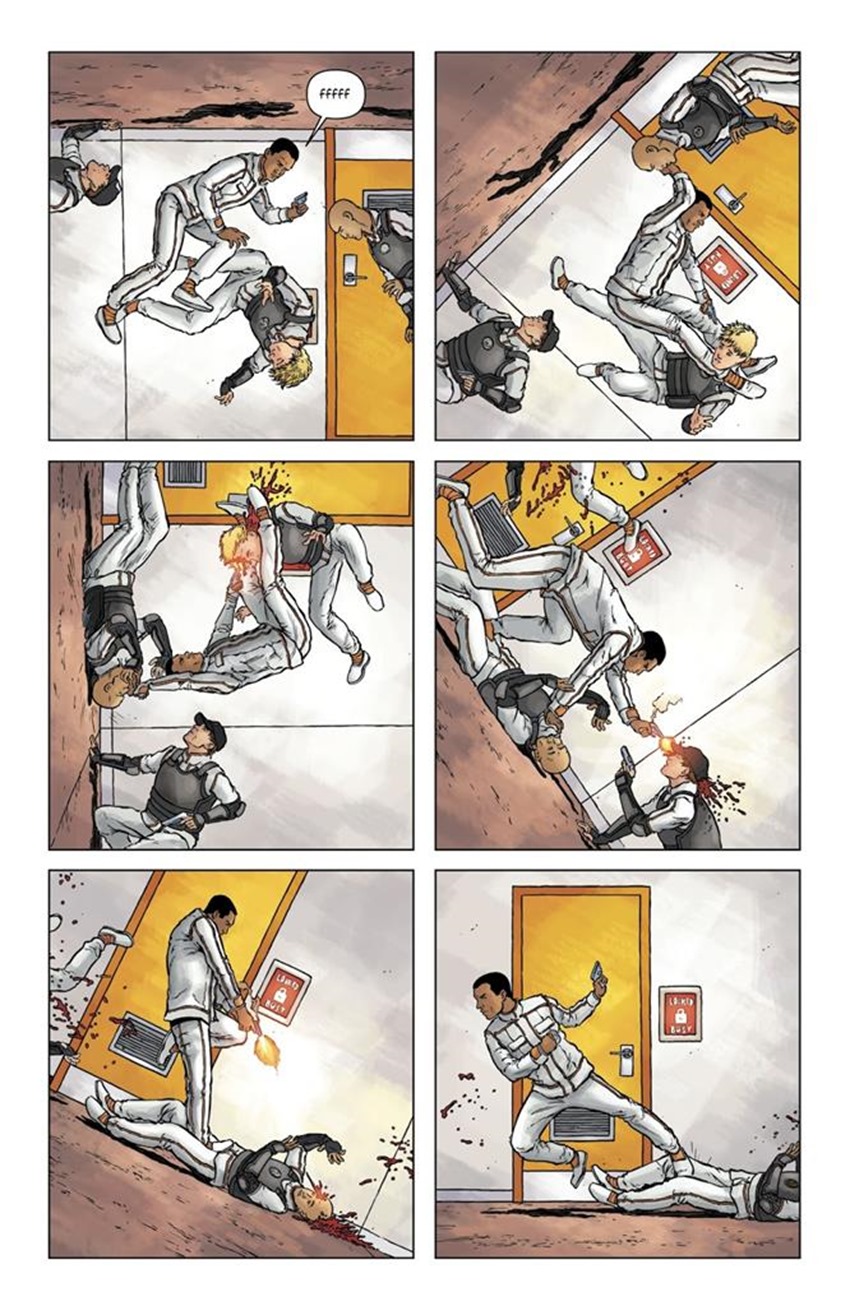 All of this combines to form something that’s not only contemporary, but a foundation for what could be. A revival of icons that may have been too far ahead of the curve when they were conceived, but are more than deserving of another chance in the spotlight. But what’s truly fantastic, is how The Wild Storm makes you question what “normal” really means and how strangeness shouldn’t be shunned. 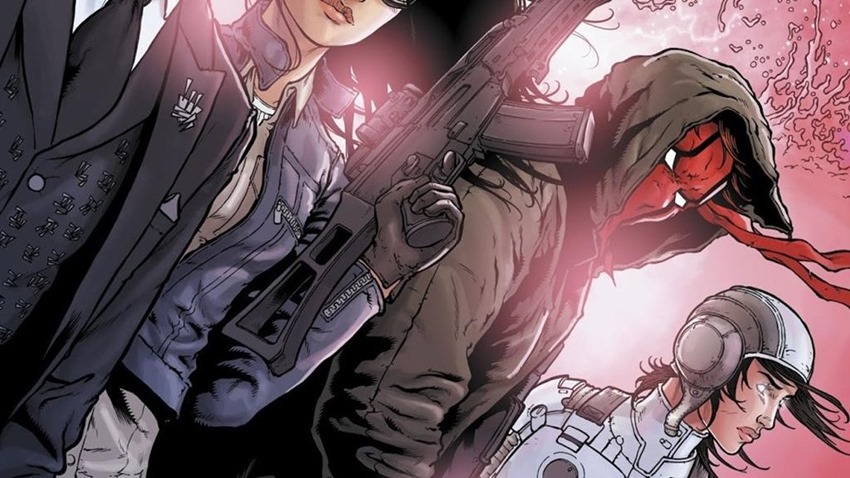 It should be embraced. The Wild Storm is weird, it’s gripping and it dives headfirst into its adoption of the unpredictable, while remaining accessible and exciting at the same time. If The Wild Storm is just the first step forward in a much larger picture for the Wildstorm universe, then this one fantastic revival to keep your eyes on.