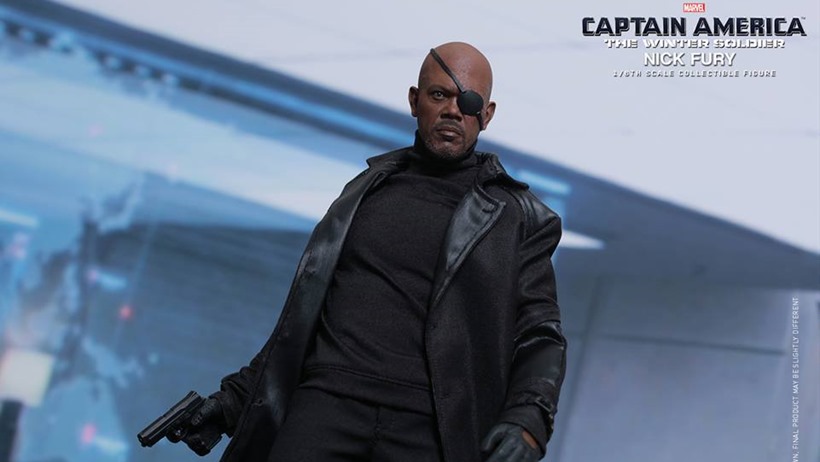 If you’ve been into movies lately, you might have noticed that just about every big studio around is currently working on a shared universe of flicks that have the ultimate goal of eventually combining together into one bloated spectacle of a blockbuster.

And you can thank Marvel for that trend. What began with Iron Man, soon grew to include the Hulk, Captain America and Thor, before the various heroes all teamed up in 2012 for The Avengers.

And holy crap, did that movie make money. $1.5 billion later, and The Avengers did what Sean Connery couldn’t in 1998. It was a movie filled with heroes. But when it came down to leadership, only the baddest mother-lover around could keep Earth’s mightiest mortals in check.

And say “what” one more time. I double-dip dog dare you to! Here’s the relevant details for the upcoming Hot Toys Nick Fury sixth scale figure:

Ol’ Saint Nick will run you a bill of $219.99 when he releases next year. All that’s missing now to complete the Avengers collection, is a proper scale replica of the SHIELD Helicarrier. And I don’t even want to know how much that will cost.