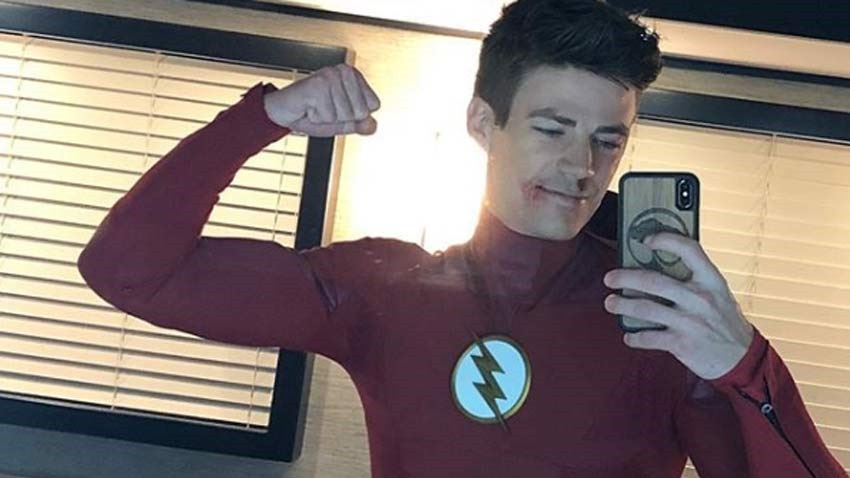 The world of TV may have bigger budgets and better visual effects than ever before, but there’s one thing that CGI can never replace: A good ol’ superhero costume. Hell, just look at Green Lantern as a prime example of this. Over in the Arrowverse, the fashion of fighting crime has relied on one key material to help sell the idea of a real world with real heroes existing within it: LEEEEEEEEAAAAAAAAATHER!

Anyway, the first four seasons of the Flash definitely had a strong love for some of that trusty cow skin. Actor Grant Gustin’s first trio of seasons saw him zipping around Central City in a Star Labs suit designed by Cisco, that was packed with life support gadgets and technology that allowed him to communicate with Team Flash, although the suit got a hefty upgrade in season 4.

Man, I loved that suit. LOVED IT! And then it got completely wrecked at the end of that season after the Flash successfully managed to punch a satellite out of the sky and put an end to DeVoe’s final scheme at resetting humanity back to the stone age. Clearly, Cisco is going to have to put his seamstress skills to work, because the Flash needs some new scarlet threads with which to suit up in.

A new crimson costume, which you can see right below:

Was given the “ok” to give you guys a little bonus sneak peek. I took this shot late last night during our night shoot. I was clearly feeling myself. I truly love this suit.

I dig it! While I miss the chin strap of the cowl (CHIN STRAPS FOREVER!), I am loving the material and the texture which runs circles around the movie costume which was seen in Justice League. It also makes a lot more sense: The fastest man alive does not need to be encumbered by a full suit of leather, with this new outfit emphasising agility and lighter materials instead. This is pretty much as close as possible the Flash TV series will ever get to its comic book source material and I can’t wait to see it hit the ground running.

Season 5 of The Flash kicks off on October, with the team facing a new kind of threat: A metahuman hunter with a grudge who has an axe to grind, in the form of Chris Klein’s Cicada.