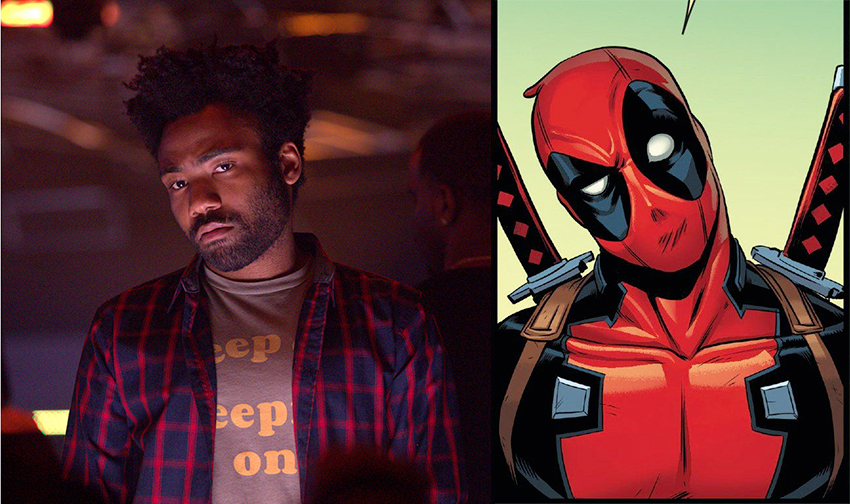 Usually just a thinly veiled stand-in for “We don’t want to talk about it”, creative differences is often the cause given by the media spinning suits in Hollywood whenever a production goes belly up. One of the latest to get this label was FX’s animated Deadpool series that was first announced last year.

The show was set to be written and produced by Donald Glover, the fan-favourite actor/writer/rapper behind the award-winning Atlanta – add in Deadpool’s insane popularity thanks to the irreverent Marvel Comics character’s movie exploits, and this sounded like a licence to print money. And yet, earlier this week, it got axed before it even began thanks to those pesky aforementioned “creative differences”. And now, thanks to a bout of unexpectedly brutal honesty, we actually know exactly what some of those creative differences were. 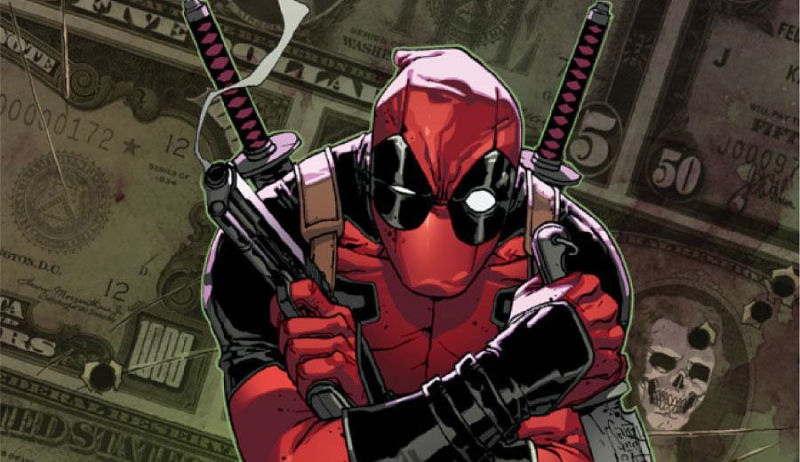 Presumably responding to buzz around the net as to what went wrong, Glover took to Twitter yesterday to seemingly air his frustrations with Marvel. Starting with a tweet that simply said  “for the record: i wasnt too busy to work on deadpool”, Glover then posted a series of what looks like script pages for the Deadpool show. Except, just like his fourth-wall-breaking comic book exploits, these “scripts” saw Deadpool directly address Glover’s grievances with the comic book company.

Although FX’s parent company Fox owns Deadpool’s cinematic rights, it appears that Marvel still had quite a say in the direction of the animated show, and said direction was seemingly very child-centric, playing it safe in an effort for broader appeal and more merchandising opportunities. The “scripts” read exactly how you would expect a Deadpool script to read as it poked fun at everything from politics (“I mean, is it even a good time to have a violent, gun loving white man ranting on TV? (hard sell) Other than the PRESIDENT!”) to how this could have helped with Marvel’s diversity problems as it would have featured a nearly all black writing staff (“Yeah, but all the writers were black. And the references were pretty black too. I heard they went over the lunch budget ordering Jamaican food at least once a week.”).

Of course, this tone would come as a surprise to anybody who had seen the first Deadpool live-action movie, which completely rewrote the book on comic book movies as its very adult R-rated antics led to box office records and ridiculous mainstream success. With that success, it makes no sense that Marvel would try to change exactly the thing that made Deadpool so appealing.

You can check out the full Tweet thread below with the all the script pages, which is actually still pretty entertaining with its poaching plot, meat commentary aside.

UPDATE: It appears that Glover has unfortunately deleted the series of tweets from his timeline, with no explanation as to why, but I’m sure the suits over at Marvel were probably not too pleased about them. We are trying to find the actual images of the script pages, because this is the internet where nothing is ever deleted (also other people won’t be as silly as I was, and may have actually saved them).  Thus far though it’s been a surprisingly difficult search, turning up less than half of the pages which we’ve embedded below so you can at least get a taste of them. 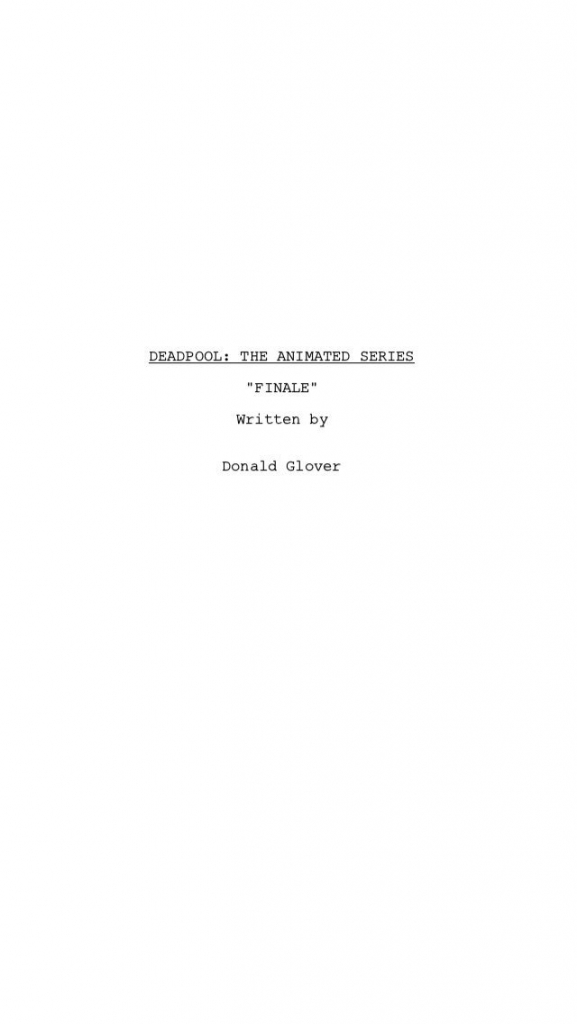 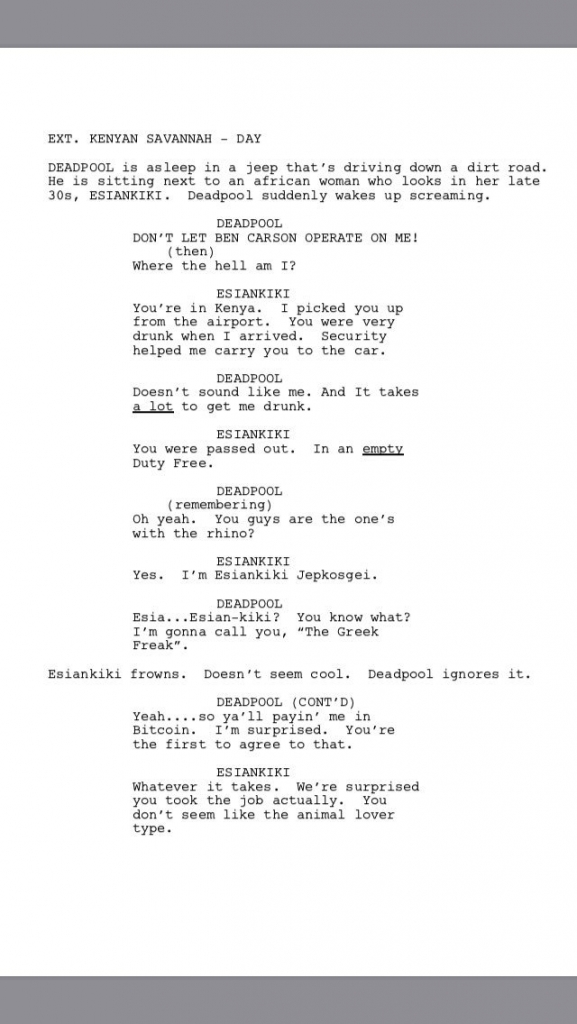 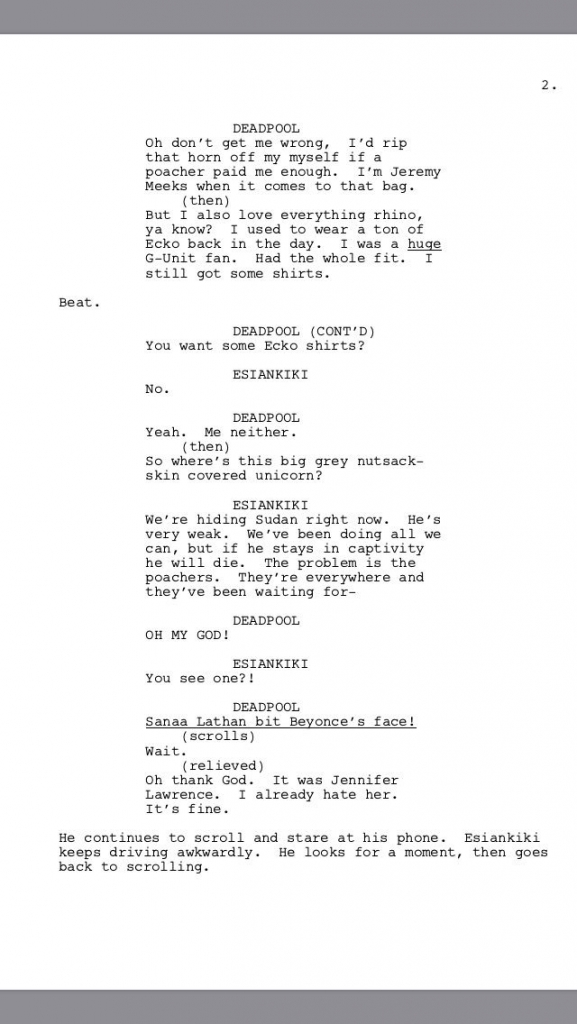 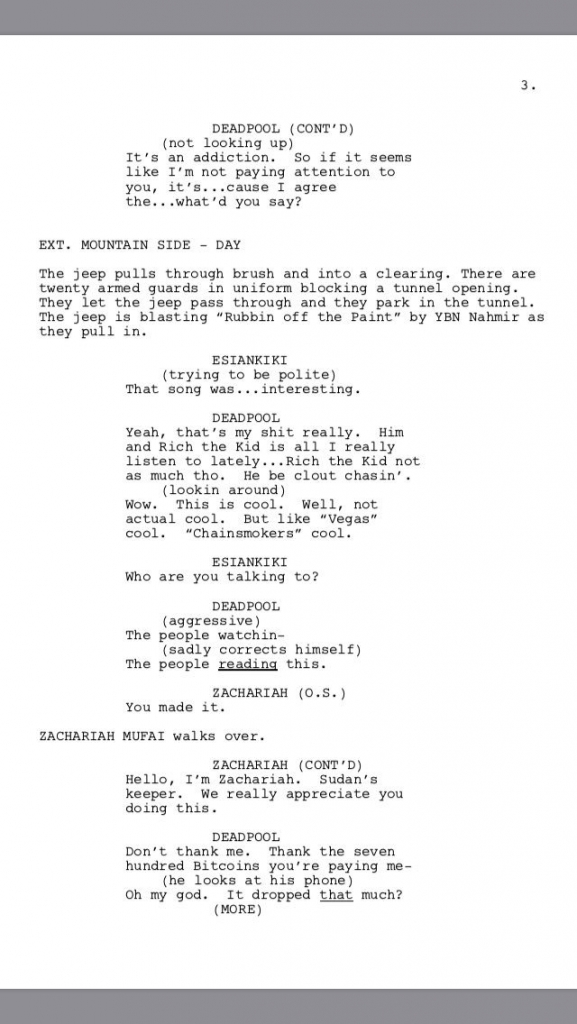 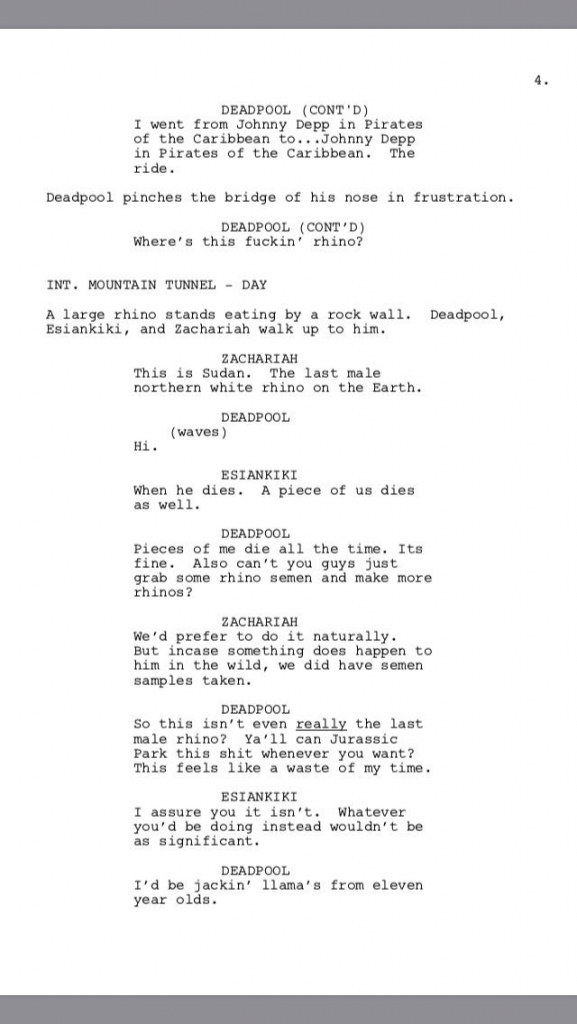