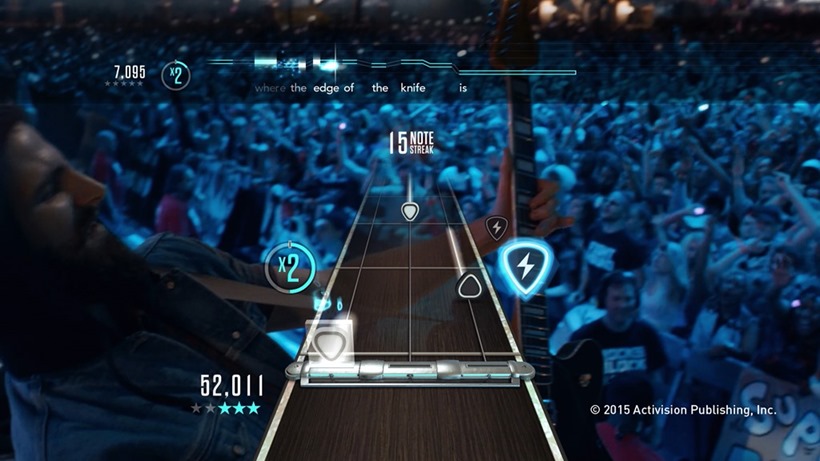 When I first heard about Guitar Hero Live, I honestly didn’t care, not one bit. I’d spent many an hour playing a fake instrument over the years, and that whole gig just didn’t appeal to me anymore. Then I got to see the new peripheral and game in action at Gamescom, and heck, I’m excited to dive back into the franchise once more!

One thing I didn’t quite understand when I first saw it, was the new “live performance” approach this new Guitar Hero is going for. Gone are the digital rockers of previous titles, replaced instead with live band mates and a first person perspective to really capture that feeling of playing a real concert.

It just seemed silly to be honest, until I experienced it for myself. the crowd genuinely reacts when you do terribly, throwing cups and booing the performance. On the flipside, getting that streak going results in everybody dancing along, singing along to the chorus, and being genuinely happy – and as a player, this is a fantastic feeling. 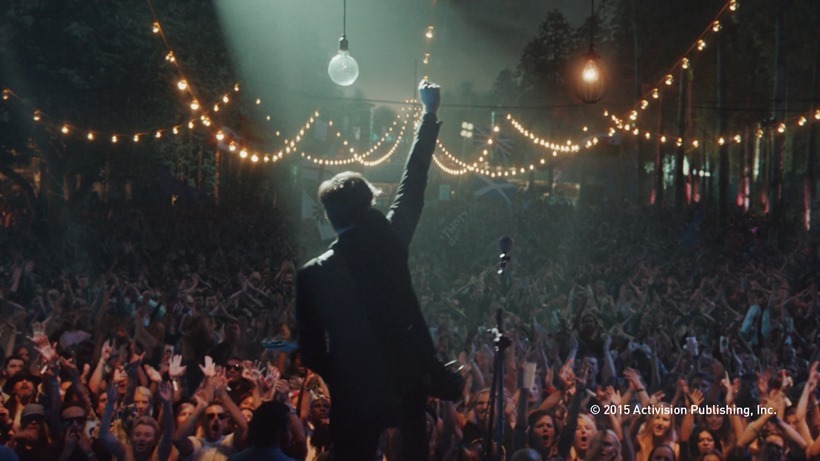 Gameplay aside, the new peripheral is quite magical. Having played expert on the older guitar controller for a very long time, I expected to pick this new toy up and shred some pure magic easily. Except, I didn’t… I was horrendous! At least for a few songs, by which point I felt like I was getting the hang of things once more.

You can listen to me chat to all of the above and more in an interview I did with Jonathan Napier, the project director for the game. Please excuse all the noise – we were sitting right next to the Guitar Hero booth which had people playing live pretty much all day, every day.

I really am sold. I had zero intention of picking up Guitar Hero Live, and now, I can’t wait! It’ll be out on October the 20th later this year.