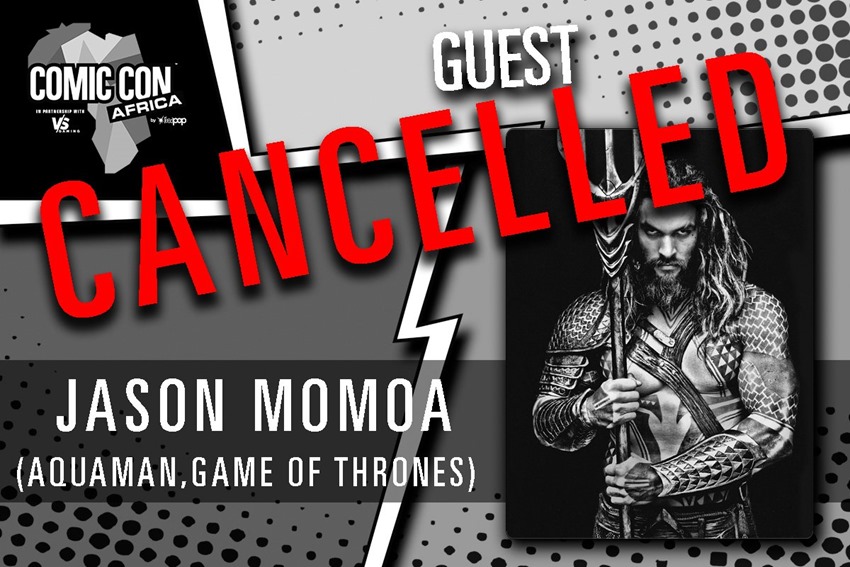 Well here’s some bad news to start the week off with. Comic Con Africa has a ton of guests who’ll be making the trip down to sunny South Africa and the Kyalami International Convention Center, but one name on the list who won’t be seen that weekend? Aquaman himself, Jason Momoa. Thanks to scheduling conflicts, the best member of the Justice League won’t be around for Comic Con Africa, which leaves a sizable hole in the guest list:

We are sorry to announce that due to an unforeseen filming schedule change Jason Momoa has had to withdraw his participation from Comic Con Africa 2018.
Jason Momoa sends his sincere regrets and hopes to be able to come see us again at a future event. pic.twitter.com/Ijek0C2ZDt

Hopefully next year, Momoa can make an appearance at Comic Con Africa deux.