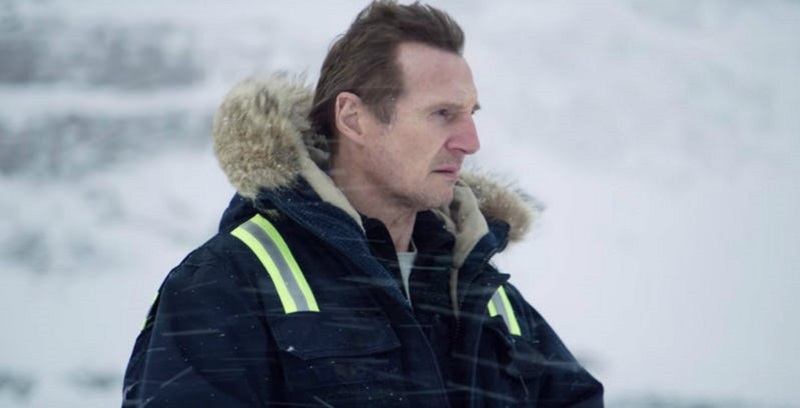 When are gangsters going to learn that you don’t mess with Liam Neeson’s family? I mean surely you Google a person’s relatives before you kill them to make sure no one looks even remotely like Liam Neeson? Otherwise, you know that he is going to come after you and start killing you just for sport. But alas, gangsters never learn and as a result we are stuck with yet another Neeson action thriller where this time the actor gets to add a snowplough to his list of weapons of choice.

Cold Pursuit sees Neeson star as Nels Coxman, a respected citizen of an affluent Rocky Mountains resort town who spends his days keeping the winter roads clear with his snowplough. However, when his son is murdered by a local drug lord, Nels uses his “particular set of skills” to transform himself into a deadly hunter and take the criminal’s forces apart, piece by piece. Which is the basic plot for pretty much every Neeson movie ever made since Taken. Is this one any different though to the others? Well, let’s see from the trailer below:

Based on this trailer, this movie looks pretty much exactly as you’d expect it to. Neeson plays his usual good guy killing machine with a habit of infiltrating criminal networks better than government officials and proceeds to kill off the bad guys one at a time without anyone suspecting it’s him. There does appear to be a little more comedy in this one, but otherwise I don’t think we are going to get anything new out of Cold Pursuit. Though if you’re a big action fan, is that really such a bad thing?

Ever since Neeson morphed into an action hero in the Taken franchise it seems like slick killing is all he is capable of doing in movies these days.  Can’t say I blame him though as he probably gets paid more money to run around and pretend to shoot bad guys than what he would getting into character and playing a really difficult dramatic role instead.

Cold Pursuit is written by newcomer Frank Baldwin and directed by Hans Petter Moland. The movie is due out early next year and will also star Laura Dern, Emmy Rossum, Tom Bateman and a host of lead-filled victims.