Home Entertainment Nostalgia in media: Why do we keep looking to the past? 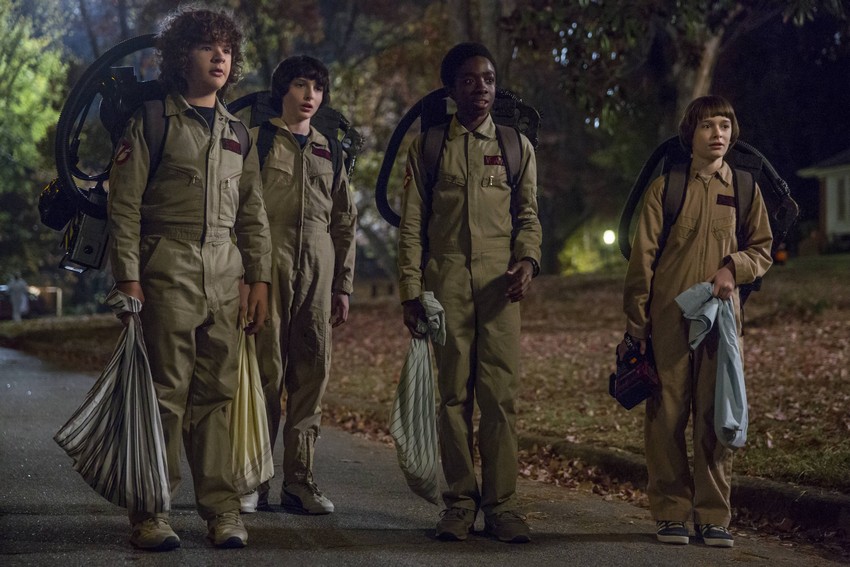 In the future, when historians look back to our generation, they will deduce that popular media, as made and consumed by us, was made up of two defining characteristics. The easiest one to identify is the explosion and subsequent prevalence of the new superhero genre. Marvel and DC Comics represent the current state of cinema and television trends, dominating the visual medium to an extent not seen in any other subject matter. They are what the money is being spent on, and what we are gathering in hordes to watch.

The second, is that we are nicking a good chunk of our material from the generations that came before us.

This is not a think piece on the death of originality. For that, we would need tons of philosophical insight and to be frank, it would be quite boring and surprisingly depressing. The keyword for today is nostalgia, and how we have come to utilize and exploit it in the production of popular media. 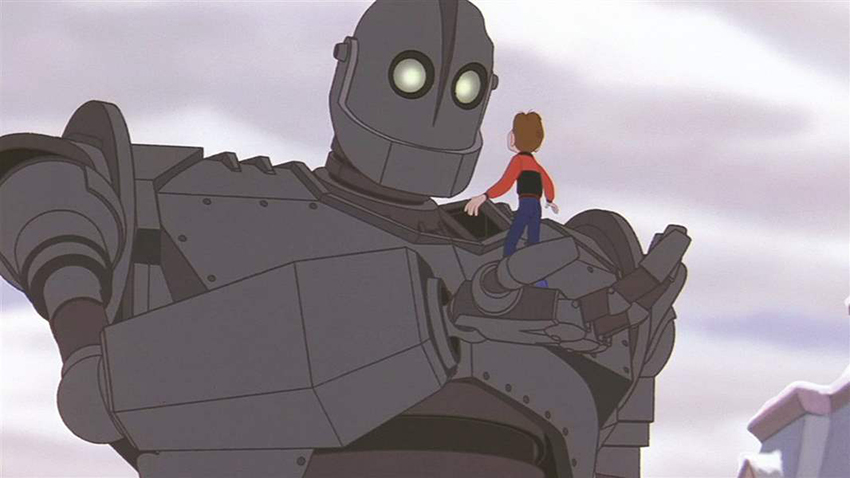 Nostalgia, as it is presented today, is not new. It links back to cyclical trends and time periods that we look back at with fondness or appreciation for. Nostalgia for the last two decades of the 20th century has been the drive for much of the visual material that we watch today. Exploit may be a strong word to describe this, but Hollywood has heavily capitalized on the trend and we are all too happy to go along with it. Growing up in the 1980s and 90s, seeing your childhood revisited and rebooted can unashamedly bring about very warm feelings. 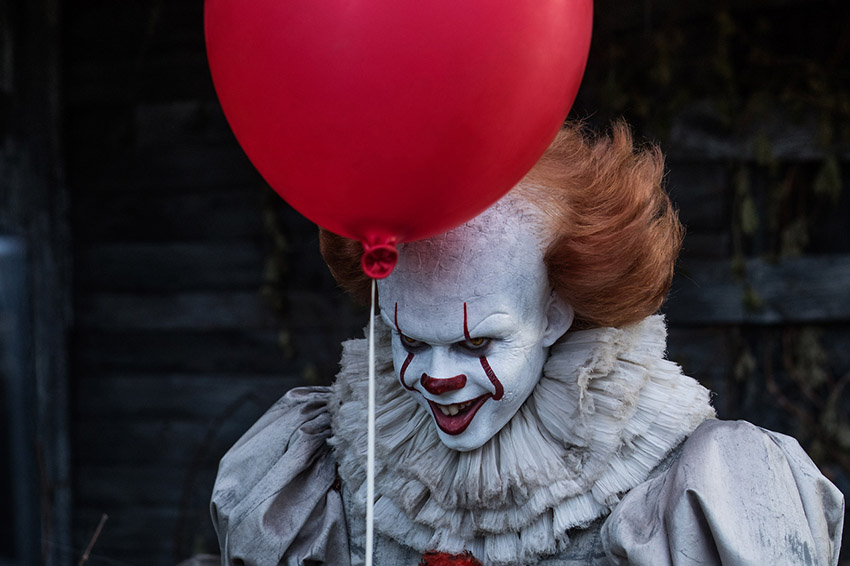 From all indications, the method lies in how far producers are willing to go in depicting nostalgic iconography and references in their work, ranging from a simple homage, to depicting ideas and objects from pre-existing stories in their entirety. There are extremes to both these approaches and the result in quality can be quite clear.

On the one end of this scope, you have Netflix’s tribute to 1980s cinema, and the showcase platform for some great hairstyles (happily looking at you, Steve Harrington), Stranger Things.

With Season 3 expected to debut next year to much excitement, this series has been lauded for the way it makes use of 80s iconography, paying homage to story elements and moments from eras gone by. The plot is nicked from films such as Poltergeist, Nightmare on Elm Street, Stand By Me and The Goonies, with narrative points and scenes mirroring those from Firestarter and E.T. The music is also heavily inspired by the period, as are the marketing posters that look like they were done by Drew Struzan, the chap who created the iconic posters for Blade Runner, Raiders of the Lost Ark, and the original Star Wars trilogy. Even the opening theme and font look like they were lifted right out of a Stephen King novel, and don’t tell me Thriller was not the perfect choice of music for the season 2 trailer.

There has been criticism when it comes to how Stranger Things depicts the period it is set in. There are moments of cultural revisionism when it comes to race and gender, with the town of Hawkins, Indiana being a bit too idyllic to be authentic, 1980s American suburbia. But the way in which Stranger Things uses reflective nostalgia shows that the idealism allows for a greater sense of escapism for the viewer. We clean the past of problems that have carried on into the present, so we get to enjoy the good stuff that also came out of it. It is sanitized history, but we’re still having a good time.

But there is something else that makes Stranger Things as good as it is. As someone born in the mid-90s, I don’t have much sentiment or an emotional disposition for the 80s or the cultural icons that it created. Sure, I absolutely adore Back to the Future and Christine, as well as any song by Twisted Sister. But when it came to my first viewing, much of the iconography that was on screen flew straight over my head. I was too busy enjoying the compelling story, good acting, strong visuals and the heartwarming characters. The quality of the show is not dictated by how it handles its nostalgia, and that nostalgia is not a prerequisite for the show to be as good as it is.

With that said, let’s now talk about a book:

I devoured each of what Halliday referred to as “The Holy Trilogies”: Star Wars (original and prequel trilogies, in that order), Lord of the Rings, The Matrix, Mad Max, Back to the Future, and Indiana Jones. (Halliday once said that he preferred to pretend the other Indiana Jones films, from Kingdom of the Crystal Skull onward, didn’t exist. I tended to agree)

Ready Player One remains one of the worst pieces of literature I have ever read, and for very good reason. Ernest Cline’s 2011 sci-fi novel was referred to as the “Holy Grail of pop culture” by the trailer for its feature film adaptation earlier in the year, and its success as a New York Times bestseller can be attributed to its sole defining characteristic: the amount of nerd culture references stuffed into every aspect of the plot and fictional world. Entire chapters are dedicated to describing individual scenes that contain everything from Anime to role-playing games. Listing every conceivable film, book and TV show, the main character convinces the reader that he is worthy of the ultimate prize: complete control of the OASIS virtual world wherein humanity now escapes into. The plot revolves entirely around this fact, with the structure broken down to timeframes between each of the puzzle pieces being found and fitted in. The book does prove to be the greatest amalgamation of pop culture ever composed.

Cline achieved this at the cost of everything else that makes for good storytelling.

I will not sugarcoat it. The plot of Ready Player One, though providing a legitimate commentary on what humanity’s relationship to digital technology might look like in the future, serves merely as an excuse for Cline and main character Wade Watts to present all this nostalgic information, and demonstrate a supposed superiority among his peers and competitors. It is a toxic message to propose to readers, especially when it concerns a community still enduring stigma for enjoying this kind of stuff. Myself included. Cline’s use of prose is laughable, with the first-person perspective, the only way structurally he could provide us with all that nostalgia, prevents the reader from feeling sympathy for Watts, and results in him coming across as severely self-centered. However, that proves to not be an issue, because for all the attention to detail, Watts and the other characters are as flat as pancakes. 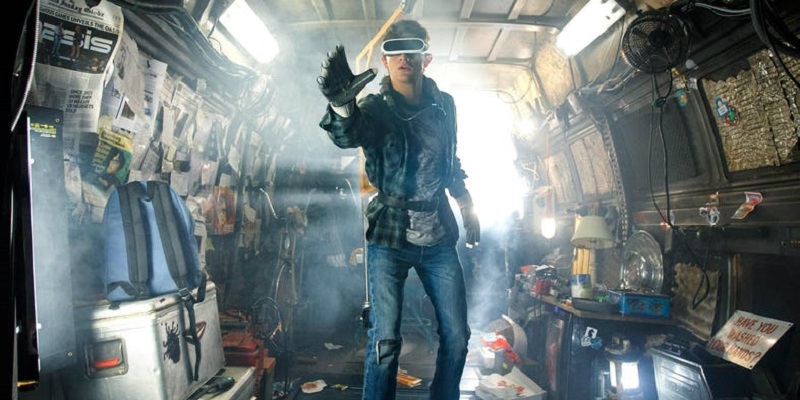 It proves to be a lost opportunity for Cline to again give good commentary, specifically on the issues of gender in gaming, and the problematic standards of representation upheld by the community at large. But, because the focus of the book is to provide us with a Greatest Hits list of all the things from your childhood, the characters are not given the attention.

We know nostalgia was the first thing on Cline’s mind, and that it is the only thing that made Ready Player One as popular as it is. How do we know these two facts? One, Cline sold the rights to the movie six months before he had even finished the book. And two, when it came to Cline’s following book, Armada, a concoction of the same story and character shortcomings but without all the nostalgia to back it up, the critics laid waste to it. If you’re a fan of the book, more power to you. But do not argue that it is quality literature.

In all fairness, the movie adaptation did try to add substance, and in some parts succeeded. Director Steven Spielberg and Cline, who co-wrote the film’s script with Zak Penn, very much gave us the colorful extravaganza that was to be expected from the book. The plot and structure were heavily re-worked (who am I kidding, they took a chainsaw to it) in the transition from page to screen, and there were major improvements that resulted in a much more compelling narrative, and characters that were (to a point) fleshed out and interesting. But throughout the film, that newfound substance has to constantly battle all the eye candy for screen time.

That is nostalgia used wrong. Nostalgia should not come at that kind of expense. 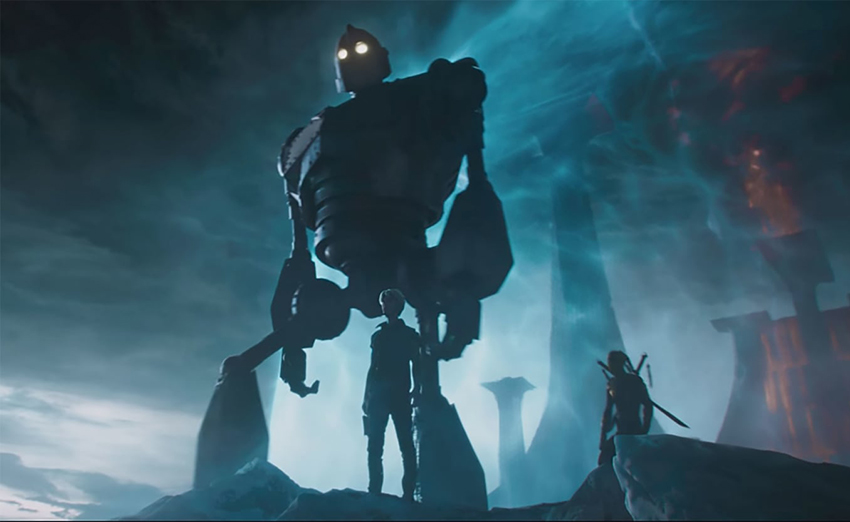 Film and media remain open to subjective reactions, and the use of nostalgic iconography and material is no exception to that. I will concede that I had fun watching Ready Player One, and Stranger Things still teeters on a tightrope over cliché’ territory. But when it comes to people’s childhood, present it to them in a manner that does it and them justice. For all the looking back we’re doing, we need to show those historians that it wasn’t just because we had nothing to offer ourselves.