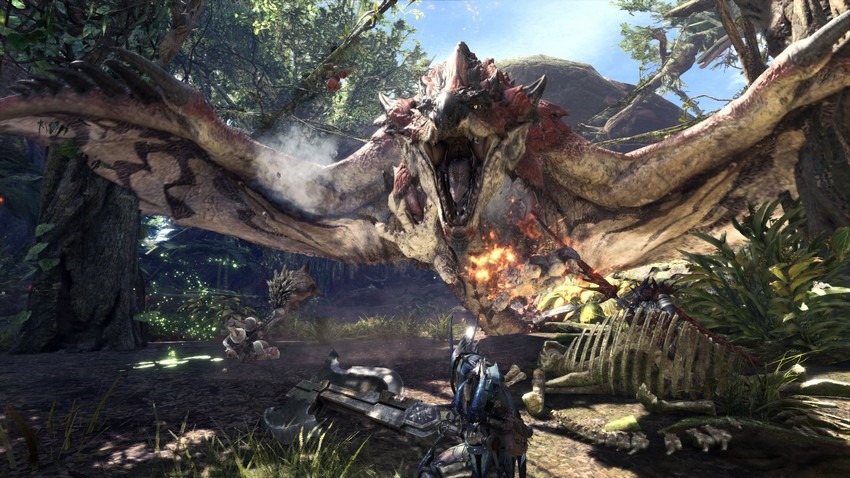 When it comes to video game movie adaptations, I think we’re long past hoping to call something “a great movie” and not just “great for a video game movie”. Hell, at this point, “good enough” is pretty much the peak desired state as the only worthwhile measurement of success for the genre appears to be box office receipts. And when it comes to the latter, there’s one franchise that reigns over all as the six-film Resident Evil franchise has made $1.233 billion in total from a combined budget of just $290 million. Unlike the various films’ terrible Metacritic or Rotten Tomatoes scores, those are the types of numbers that draw the right kind of attention. As such it came as no surprise that director/writer Paul W.S. Anderson was tapped to bring another Capcom video game franchise to the big screen in Monster Hunter.

A film adaptation of the long-running Japanese fantasy-action RPG series was actually first announced back in 2012 with Anderson attached then already. Things went a bit quiet for a few years though as the director wrapped up the Resident Evil series. However, the massive critical and commercial success of Monster Hunter: World earlier in this year may have sparked some life into the project again as Variety reports that the film is set to start production in September. What’s more, much like Anderson did for the later Resident Evil films, Monster Hunter will be filmed right here in South Africa, specifically in and around Cape Town. Martin Mozskowicz, the boss at Constantin Films, the production company behind both Resident Evil and Monster Hunter, stated that they would be returning to Cape Town because “The crews are great there and, at least for a European company, it’s easy to get there: Same time zone, overnight flights. We are very much in a comfort zone of production.” 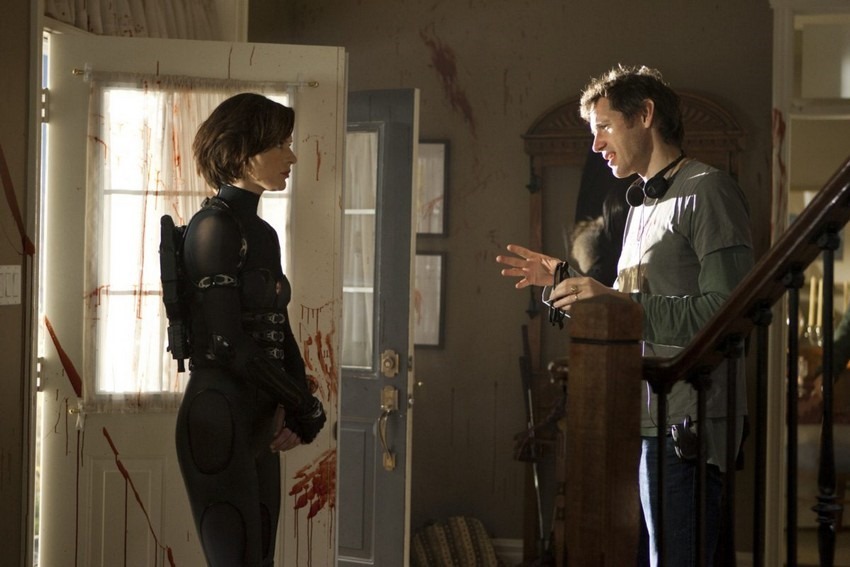 On top of the news of location and start date for the production, it’s also been confirmed that Anderson will be reteaming with his Resident Evil star – and real-life wife – Milla Jovovich to headline the Monster Hunter movie. Since the gaming franchise has never really followed a single protagonist, Jovovich’s character could be anything really. That type of freedom is actually something that drew Anderson to Capcom’s Monster Hunter, as he explained to Deadline during an extensive Q&A.

What I love about Monster Hunter is the incredibly beautiful, immersive world they’ve created. It’s on the level of like a Star Wars movie, in terms of world creation. There are no real central characters so it’s a bit like when we first approached Resident Evil and imposed our own characters and story on that world. I think this is a perfect IP for us to do exactly that same thing again. The Monster Hunter world includes these huge deserts that make the Gobi Desert look like a sandbox, and they have ships that sail through the sand. These full-on galleons, but rather than sailing on the ocean waves, they sail through waves of sand.

You’re fighting these giant creatures, some as big as a city block. They live underneath the Earth and when they burst out, it’s like the best of Dune. You also have these flying dragons, giant spiders, the most wonderful creatures. That’s what really attracted me. I felt there was a fresh, exciting world that we could expose and build a whole world around, like a Marvel or Star Wars universe. Everything is about world creation, nowadays, and how can you build a world where you can have multiple stories going on? I thought this was our opportunity to have a cinematic universe. 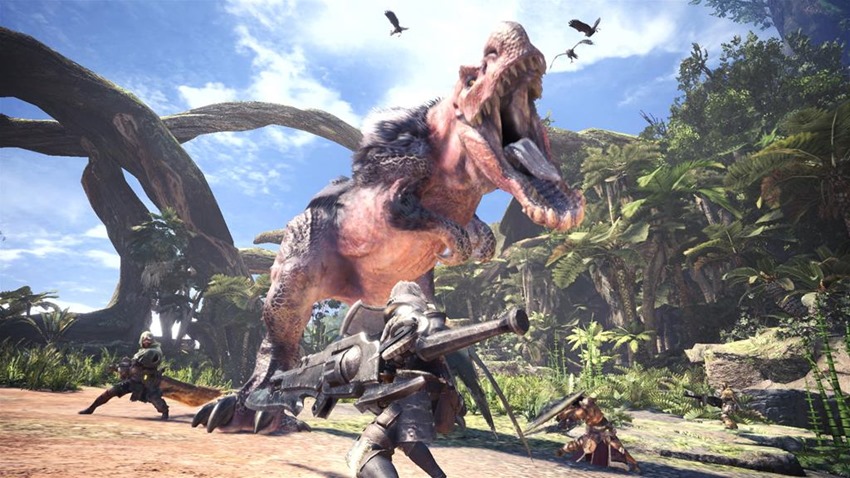 Anderson has already written a draft of the movie’s screenplay, but it sounds like it will deviating wildly from the source in some aspects. It does also seem to be pulling inspiration from the recent Monster Hunter: World which has not only been Capcom’s most successful release ever, but more importantly is the first in the Japanese franchise to really be a hit with Western audiences. Anderson’s long-time producing partner Jeremy Bolt spoke about this cross-cultural appeal, saying that “We’ve found a way of connecting the Dune-like sand-covered world of Monster Hunter with our world. So we’re bringing this massive Japanese game into the world of America”. Anderson continued, explaining further:

The central characters are very relatable American characters. You take a person from the ordinary world who thinks they’re in a dead end job, they have no future, they feel like their life’s a failure, it’s going nowhere, like Keanu Reeves in The Matrix. It’s about a normal American who gets dragged into this parallel world, this Monster Hunter world. Then eventually the parallel world ends up coming to our world. So you have the creatures from the Monster Hunter world invading our world.

The mythology is that basically monsters are real and all the monsters and creatures from our mythology, whether dragons or the Minotaur, or Chinese dragons, it’s all real. They were real. They really existed in our world. For every monster there was a hero that fought the monster. And then those monsters just disappeared, overnight. They ceased to exist, as did our need for heroes. They became a thing of myth and legend, but eventually the monsters will come back. Unless we have a hero to help fight them, our world with be devastated by these returning creatures, after we’ve chosen to put our faith in technology rather than heroes. All of our technology won’t mean anything once the dragons start raining fire. 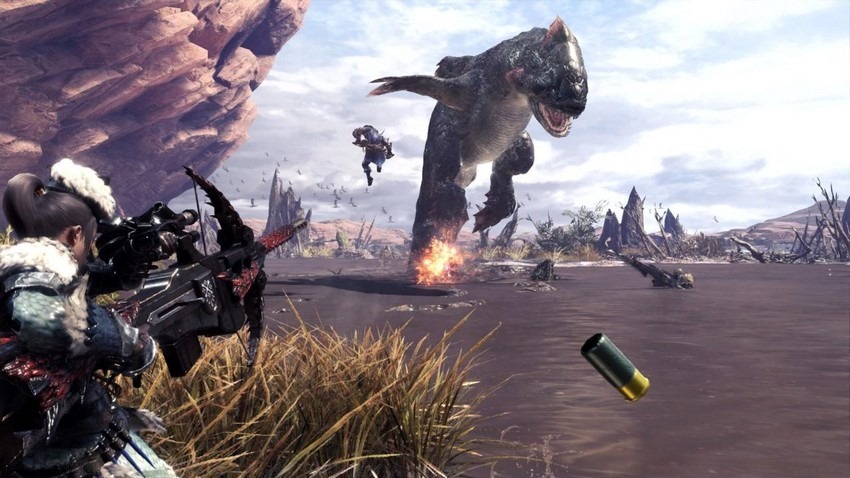 Anderson continued, revealing that an arc has already been laid out for two films, and he even already knows how it will all end.

It’s definitely intended to be a franchise because the movie starts in our world and then it goes to the Monster Hunter world and then the final act comes back to our world and it’s basically this epic battle in and around LAX. Then at the end we’re suddenly confronted with the fact that the mythological creatures of our world have come back to wreak vengeance. So we definitely have the second film where that would be planned out.

I’ve actually only played a tiny bit of Monster Hunter: World and none of the previous entries, but as far as I know there were no American heroes hunting down fantasy dragons in a Los Angeles airport. This type of deviation may rankle some fans, but the higher-ups at Capcom – who Anderson personally went to see in Japan – are fully onboard, as Bolt explained:

They’ve said what they love about Paul is he understood the spirit of the game and expanded and made more of it. Commercially and creatively, they really respect that. They are trusting us again, on Monster Hunter.

As somebody who enjoyed the first Resident Evil movie but then became increasingly disappointed in every subsequent release (I actually couldn’t get myself to watch the last two, and by all accounts I did my brain a favour), I really don’t expect this to be fine art filmmaking. And seemingly, neither does Anderson as he addressed the criticisms his movies have faced over the years.

For us, the ultimate arbiter of whether a film is good or bad is when you sit with 350 people who’ve paid their money to see your movie. Do you entertain them? Do you do your job as an entertainer? Do you scare them? Do you make them cheer? Do they applaud at the end? That’s always been our approach. We haven’t cared that much about critics because also, as we got older, movies that get ripped a new asshole get critically reappraised later.

So yeah, this is probably going to be a VFX-driven, over the top kinda-dumb blockbuster with tons of slow-mo action shots. And for many – judging from the box office success of Resident Evil – that will be enough.

Now, we just need to start working on ways to sneak Nick onto the set as a Palico to get us some inside scoops. I’m sure nobody would even notice that he’s not in a costume.