Home Entertainment This trailer for FENCES has dreams and hopes

Hollywood’s award season is fast approaching. Yes, I can hear the screams from here. But as much as people might find the debates of which movie, director or actor is better, there is some good that comes out if it. Like good movies that tend to be released this time of year. And while last years award season featured a noticeable absence of colour pigmentation among the nominees, things are looking to be different this year – with one of those movies being the incredible performances in the movie Fences.

Fences is an adaptation of August Wilson‘s play of the same name and sees Denzel Washington and Viola Davis seemingly giving powerful performances as they struggle through life and their relationship with their son, all the while trying to mend both physical and emotional fences. And don’t just take my word about their strong performances, you can view them for yourself in the new trailer below:

It certainly looks like it will be a film with a lot of heart. And its not just Washington giving a powerful performance as an actor, which is something he does far too often, but also as a director as well. Washington has previously directed the films Antwone Fisher and The Great Debaters, but it seems like this one might be his best effort yet.

In addition to Washington and Davis, the rest of the cast includes Jovan Adepo, Stephen McKinley Henderson, Russell Hornsby, Mykelti Williamson and Saniyya Sydney. Fences is scheduled for release on Christmas Day in the U.S, but is sadly only scheduled for release in South Africa on February 24th, by which time we should already know if the film is awards worthy or not.

You can view the official synopsis below:

Troy Maxson, is a strong man, a hard man. He has had to be to survive. Troy Maxson has gone through life in an America where to be proud and black is to face pressures that could crush a man, body and soul. But the 1950s are yielding to the new spirit of liberation in the 1960s, a spirit that is changing the world Troy Maxson has learned to deal with the only way he can, a spirit that is making him a stranger, angry and afraid, in a world he never knew and to a wife and son he understands less and less. 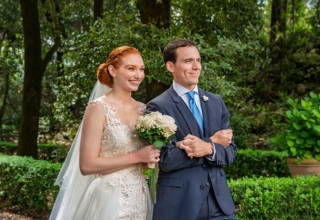 In this innovative romantic comedy about the power of chance, alternate versions of the same wedding unfold as Jack (Sam Claflin) tries to make sure his little sister has the perfect wedding day. But he'll have to juggle an angry ex-girlfriend, an uninvited guest with a secret, a misplaced sleep sedative, and unexpectedly reuniting with the girl of his dreams who got away, Dina (Olivia Munn). If he succeeds, Jack might find a happy ending of his own.