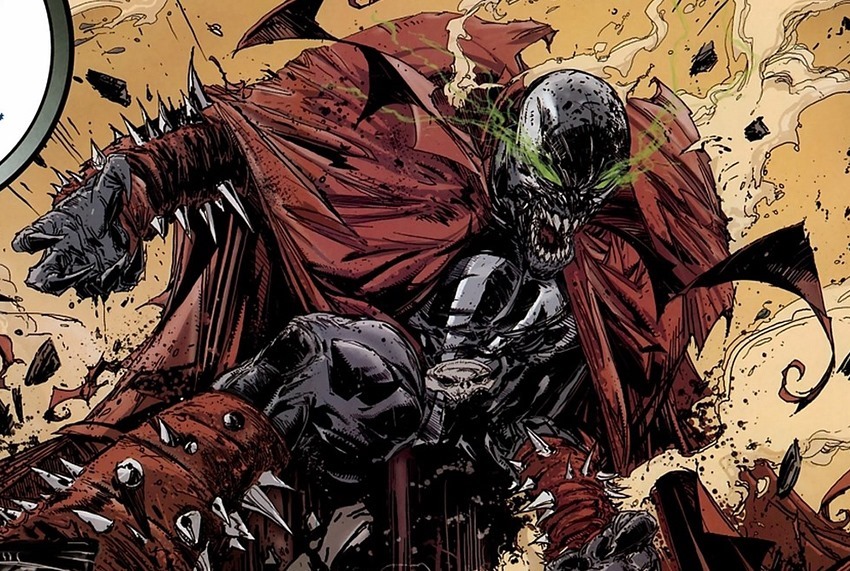 While I know that it has its fans, I would rate the 1997 Spawn live-action movie somewhere between “I guess its Ok” and “Ergh. I just stepped into something wet while wearing socks”. It never seemed to know if it wanted to be cheesy or dark and the end result left a lot to be desired. That’s why I’m very intrigued by the upcoming Spawn movie reboot, which will see the cult favourite comic’s creator Todd MacFarlane write and direct himself, and is being positioned not as a comic book superhero adventure, but as a proper R-rated horror flick – something which actually suits its hellish subject matter.

As we heard yesterday, Jamie Foxx has now signed to lead the film and for MacFarlane it was very important that the production acquired a performer of the Oscar-winner’s calibre as he is going to be required to act a lot. Talking to Deadline, MacFarlane revealed that Foxx’s character won’t be doing much in the way of dialogue, just like the icons of the horror genre.

The scariest movies, from Jaws to John Carpenter’s The Thing, or The Grudge and The Ring, the boogeyman doesn’t talk. It confuses people because of the comic book industry, and because they all default into their Captain America mindset and I keep saying, ‘No, get into John Carpenter’s mindset or Hitchcock. This is not a man in a rubber suit, it’s not a hero that’s going to come and save the damsel. It’s none of that’. At the end of the movie, I’m hoping that the audience will say either, ‘Is this a ghost that turns into a man, or is it a man that turns into a ghost?’

MacFarlane continued, explaining that is was specifically this ability to nail that mysterious and foreboding that makes Foxx such a great pick for the role.

There are five or six moments where I’m going to need things from my actors, and a couple of them have to come from Jamie, and I’ve seen him deliver them onscreen. He gets into a zone, with body language and a look that basically will say way more than anything I could type on a piece of paper, and this movie is going to need those moments. And in the odd moment where he has to deliver a line that’s short, curt and has impact, he can do it in a way that makes you go, ‘Whoa, I don’t want to mess with that guy. What a badass.’ 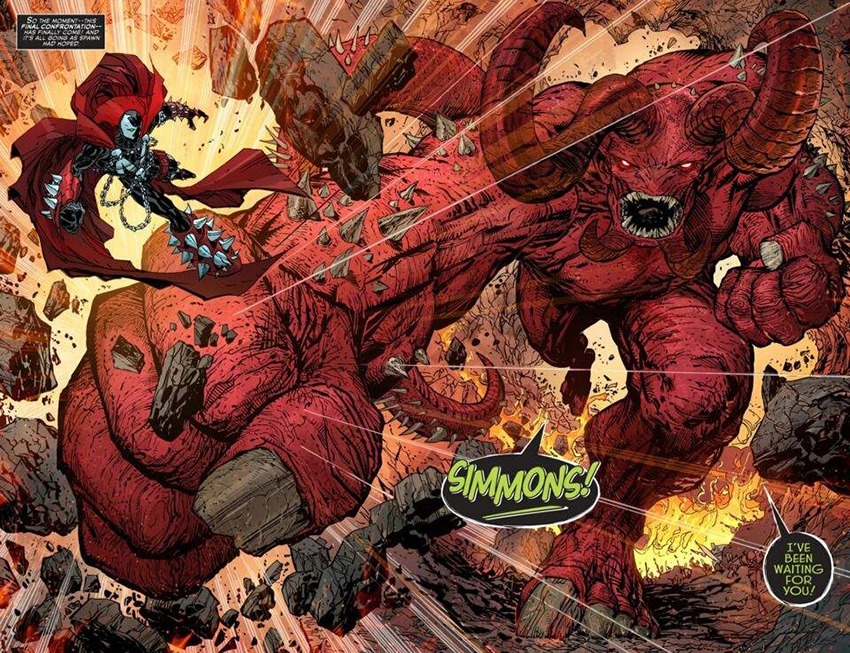 A badass in this case called Al Newman. If you’re a fan of Spawn, you probably just did a double-take as Spawn’s human name in the comics was always Al Simmons. Perhaps for some wordplay reasons (Get it? New man?), MacFarlane is changing the name, but the rest of the character’s story still appears to be the same. Newman is a member of an elite black ops unit who is betrayed during a mission and ends up in Hell for all the lives he took. There he strikes a deal with the devil: He will become a Hellspawn – a general in the armies of Hell – if he’s allowed to return to Earth to his wife. However, when he gets back he realizes that the Devil has tricked him as well, and so much time has passed that he’s wife has moved on and remarried and he finds himself in a body he doesn’t recognize imbued with strange powers.

Just how we will see this story play out though may be different from expected. As mentioned yesterday, MacFarlane will be avoiding the usual origin story tropes for this movie and will instead be playing the long game. And also taking some inspiration from one of the best modern horror movies ever made.

I’ve got a trilogy in mind here, and I’m not inclined in this first movie to do an origin story. I’m mentally exhausted from origin stories. Luckily, there’s a movie that just came out that helps my cause. In A Quiet Place, the first thing on screen is a card in black and white letters that says Day 89. It doesn’t care about what happened in those first 88 days. There are a couple headlines, but then we are on day 450. That movie doesn’t worry about explaining and giving all the answers. What it said in that case was, if you can hang on for a story of survival of this family, this movie will make complete sense for you.

It’s uncertain exactly when we’ll see if that is indeed the case, as production had initially been scheduled to start back in February already before being delayed due to casting. Now that Foxx is locked in though, things should be picking up speed nicely now, so expect to hear some further updates not too long from now.