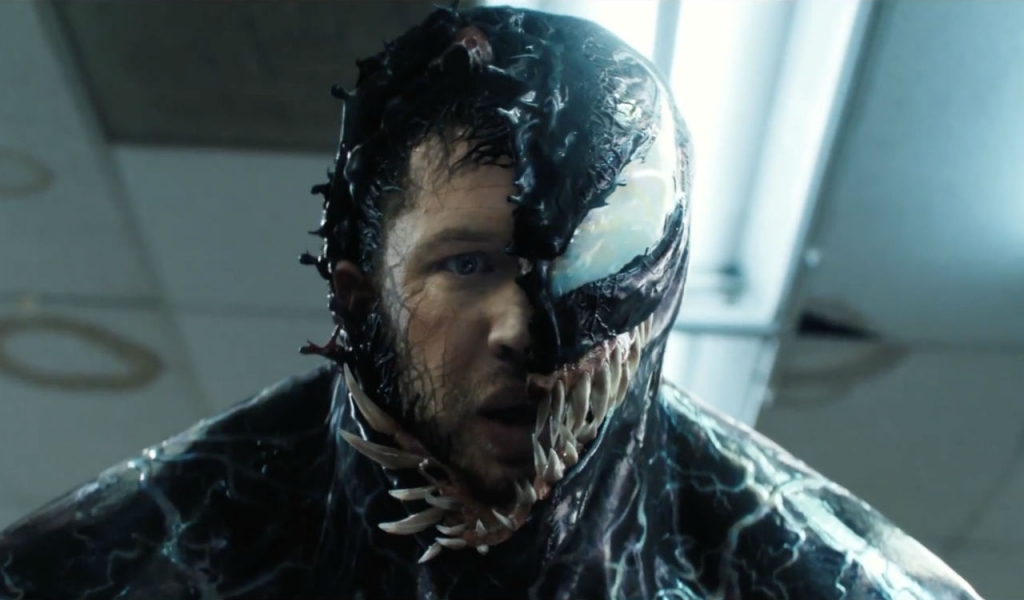 Based on this weekend past’s record-breaking box office takings, I think it’s safe to say that we’re probably going to get a Venom sequel. The Tom Hardy-starring comic book movie may have received a thorough walloping from critics, but the audience appeal of the fan-favourite symbiote antihero was enough to get butts in cinema seats. A whole lot of butts as Venom posted the biggest October debut ever domestically (US) and worldwide with $80 million and $205.2 million respectively.

While we still need to see if there’s any steep dropoff in the coming weeks, Sony is probably ecstatic with this start as the studio is looking for Venom to be the start of their (still silly sounding) Spider-Man-free Spider-Man spinoff cinematic universe with Morbius the next Spidey character up for a solo film. But Venom isn’t interested in setting up a wider universe though, instead it keeps thing rather contained, barely hinting at anything else. But it does scream its sequel setup though. Well at least to those people who knew what they were looking at.

At the end of the film Brock (Hardy) tells his erstwhile fiance Anne that he’s getting his life back together again after the battle with evil symbiote Riot in which the Venom symbiote had seemingly sacrificed itself to save him from a fiery death. While his investigative journalist TV show days are behind him, Brock will be doing more written reporting again starting with a really big interview. At this point, we learn that the Venom symbiote somehow didn’t die but is still part of Brock. 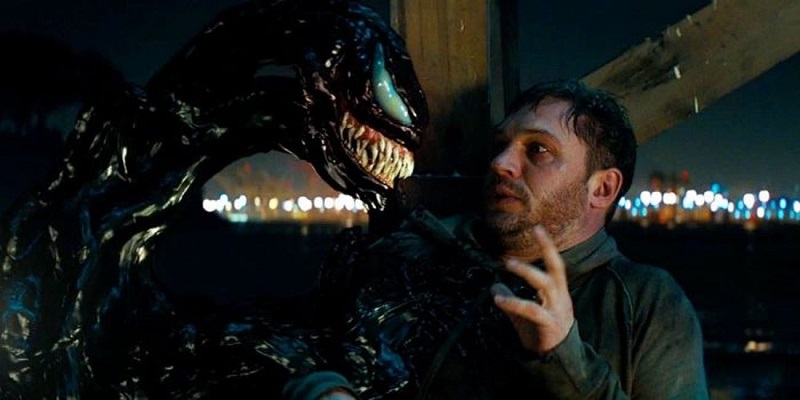 This is just the start of the surprises though as a mid-credits scene shows Brock going to visit a maximum security prison, warning Venom to behave because this has nothing to do with him. As the prison guards walk Brock in, we learn that he’s going to visit an extremely dangerous and deranged serial killer who asked specifically to talk to Brock and nobody else. And when we get to the cell, we learn the prisoner is Cletus Kasady… and he’s played by Woody Harrellson in a red wig that he clearly just stole off some kid dressing as up orphan Annie for Halloween.

Laughably bad hairpieces aside, Harrelson is rather chilling as he gives Brock a speech in an exaggerated drawl, ending with the statement that once he gets out of prison there’s going to be “carnage”. For the comic book fans in the audience who somehow hadn’t put things together the moment Brock showed up that prison, this would be the moment where they got to whoopin’ and hollerin’.

In the comics, Cletus Kasady aka Carnage is Venom’s arch-nemesis and a longtime Spider-Man villain. In the source material, after a failed fight with Spider-Man, Brock is locked up in a cell with Cletus, a lifelong homicidal sadist and unrepentant psychopath who murdered members of his own family (including his grandmother when he was just a boy) as well as a string of others. The Venom symbiote, which had been split from Brock during the fight, sneaks in to save him and help him escape. 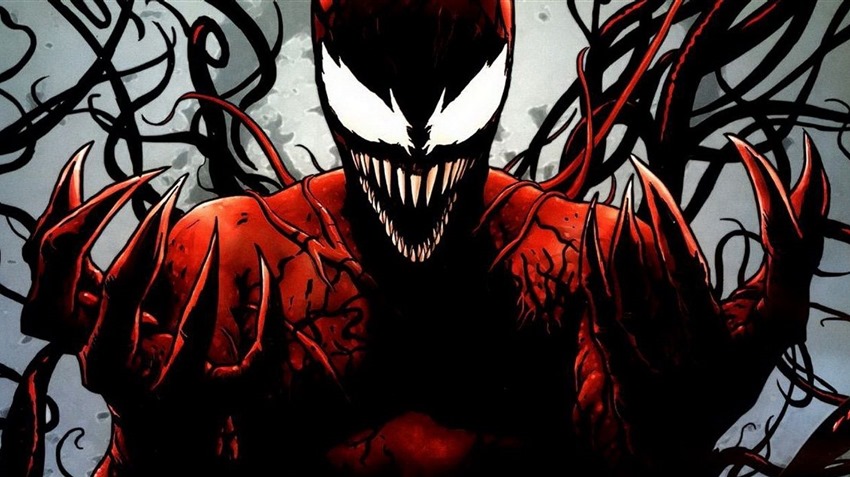 However, in the process, the symbiote leaves behind some offspring in the cell (it actually discarded it, feeling no attachment to it, and thinking it damaged and insignificant). This offspring attaches itself to Cletus though, transforming him into Carnage. Thanks to Cletus and the symbiote achieving a more compatible bond immediately (Brock holds Venom in check), Carnage is more violent, more unhinged and more powerful than its progenitor. It’s basically what Venom would have become without Brock’s morality to temper it. Carnage would go on to become the villain in many Venom and Spider-Man stories, most famously as the central antagonist in the Maximum Carnage crossover in 1993.

In that story, Carnage would recruit a number of other villains and go on a gigantic killing spree in New York City before being stopped by an unlikely team of heroes. This latter team was obviously led by Spider-Man and Venom, but it also included Morbius and Nightwatch among others. Sony is currently developing movies for both of those, so I wouldn’t be too surprised if the studio is setting up some kind of Maximum Carnage adaptation crossover further down the line. Minus Spider-Man, of course. 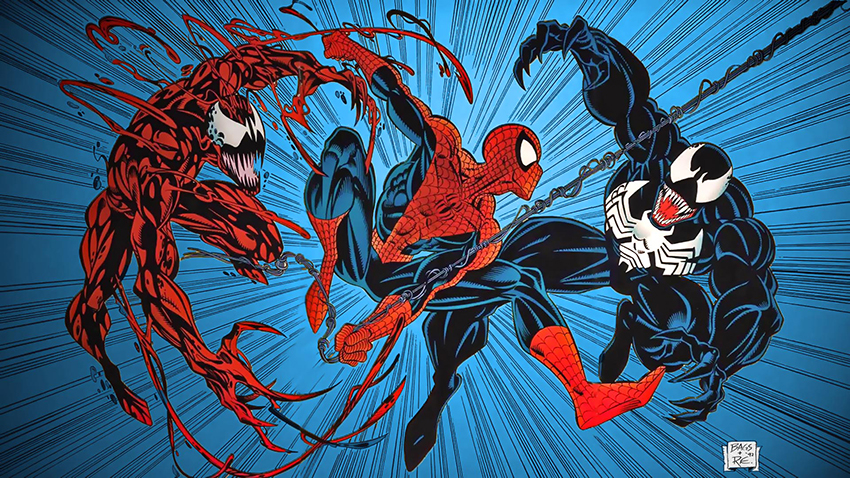 As for now, Venom director Ruben Fleischer spoke to CinemaBlend about why he choose Harrelson – who is most widely known for his good-natured characters – to play Cletus Kassady, and why he included Carnage in the mid-credits scene.

He was the first person I thought of to play Cletus Kasady. And what will be fun is, if you think about Woody in Natural Born Killers, and that darkness and that menace that he can bring to a serial killer like Cletus Kasady, you know, he can go real dark and explore that. Carnage is going to be… just thinking about Venom pitting off against Carnage is just so exciting. And hopefully fans leave the movie really looking forward to that next one. Because I think also just seeing Tom and Woody go head to head, you know, those are two great actors that I think can really create some exciting scenes.

Venom is in theatres now.