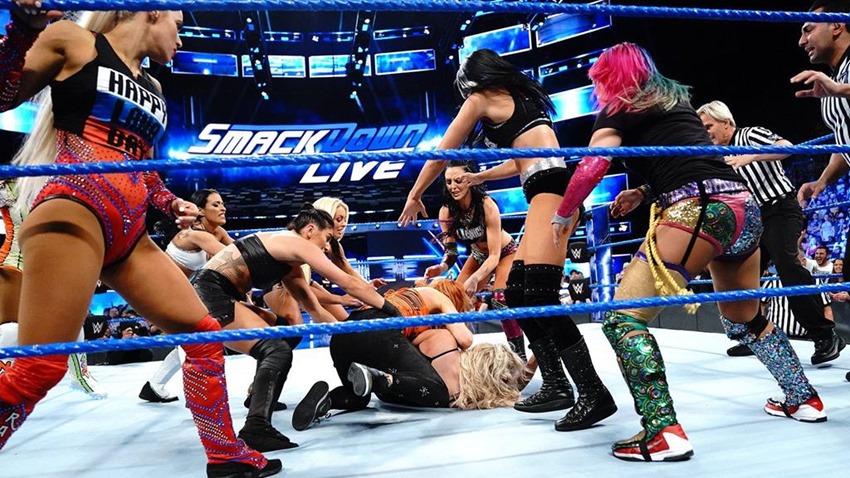 WWE Smackdown LIVE took place from the Barclays Center in Brooklyn, New York. Here’s all the action that went down as the road to Hell In A Cell began to heat up. 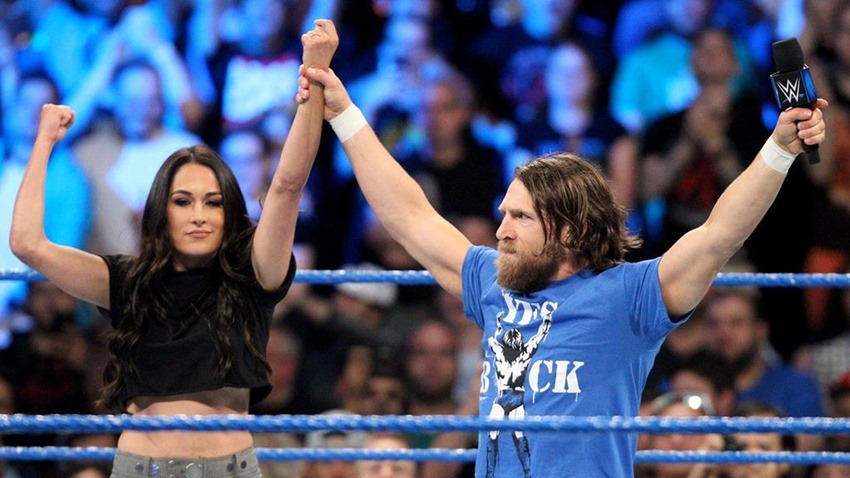 To say that Daniel Bryan got short-changed at Summerslam would be an understatement, as the perpetual underdog had a bone to pick with The Miz and Maryse after his loss. Those words eventually became heated, with The Miz and his Mrs retreating up the ramp but not before Bryan could deliver a bombshell of his own: Come Hell In A Cell, The Miz would face him again, along with his wife Brie Bella as Maryse was being conscripted to take part in a mixed tag team match.

Jeff Hardy and Randy Orton fought to a chaotic no-contest 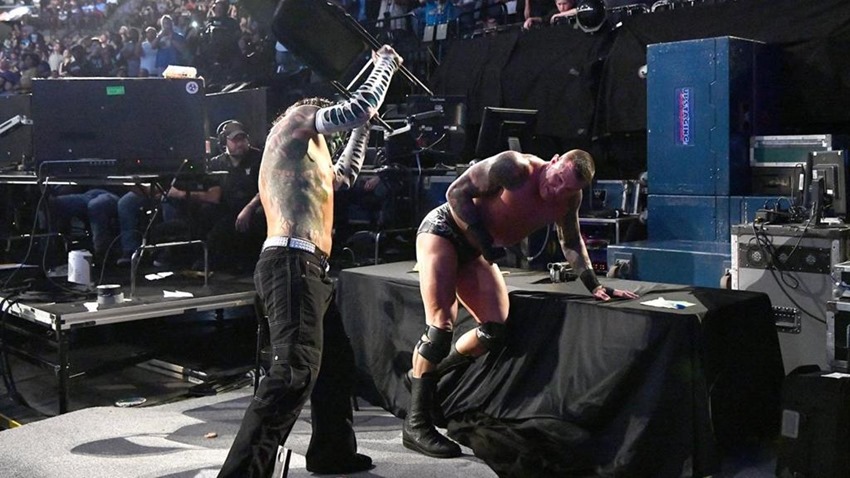 With weeks of mind games and attacks to his credit, Randy Orton’s latest feud ended in brutal fashion. Unhinged, Jeff Hardy took the match beyond the ring and utterly clobbered the Viper with every piece of equipment that he could get his hands on, eventually ending the attack with a spectacular Swanton Bomb from the top of the equipment crates. 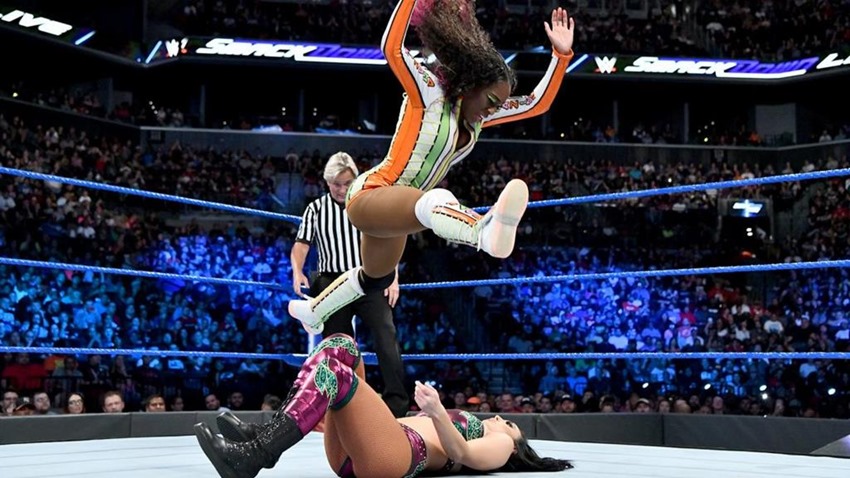 Thanks to some interference from Billie Kay, Peyton Royce picked up the win over Naomi with a Fisherman Suplex.

Becky Lynch and Charlotte Flair threw down in a wild brawl 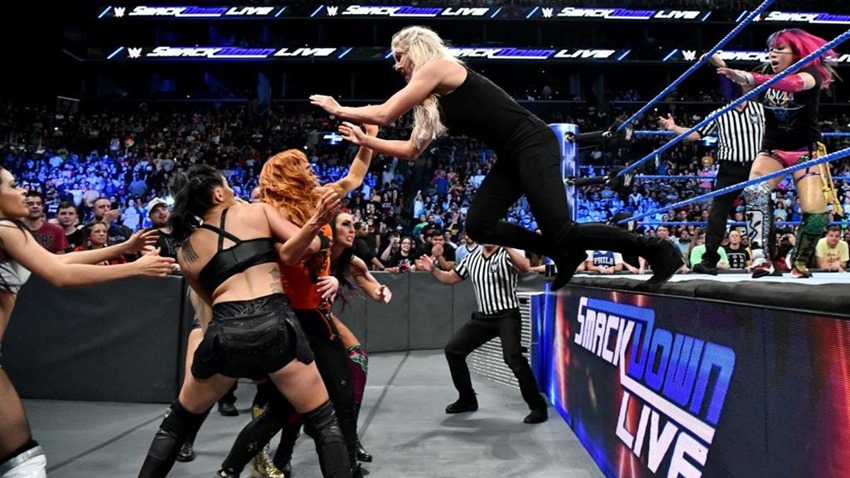 This friendship is over, as Becky Lynch’s fury over the number of opportunities afforded to new Smackdown LIVE Women’s champion Charlotte Flair just could not be contained any further. The two eventually came to blows, resulting in the entire women’s division separating the two and preventing them from causing any more lasting harm to one another. 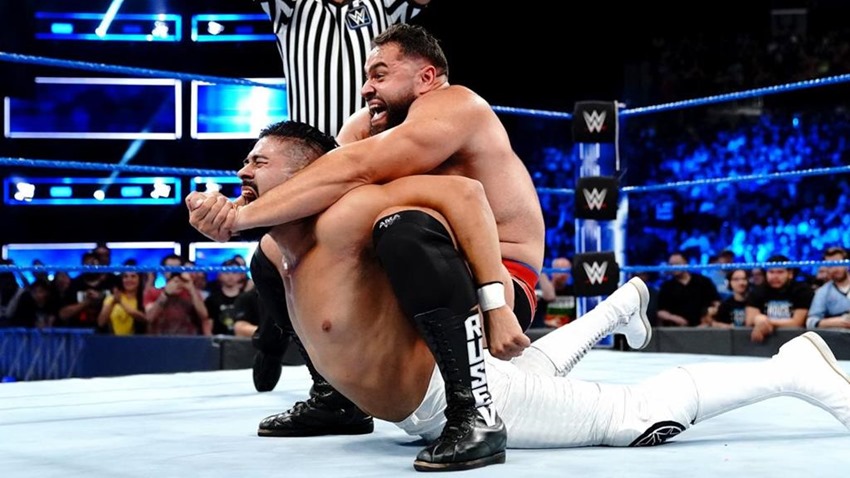 Evening the score after their Summerslam loss thanks to some actual help from Aiden English for once, Rusev’s Accolade quickly had Andrade Almas tapping out in the middle of the ring. 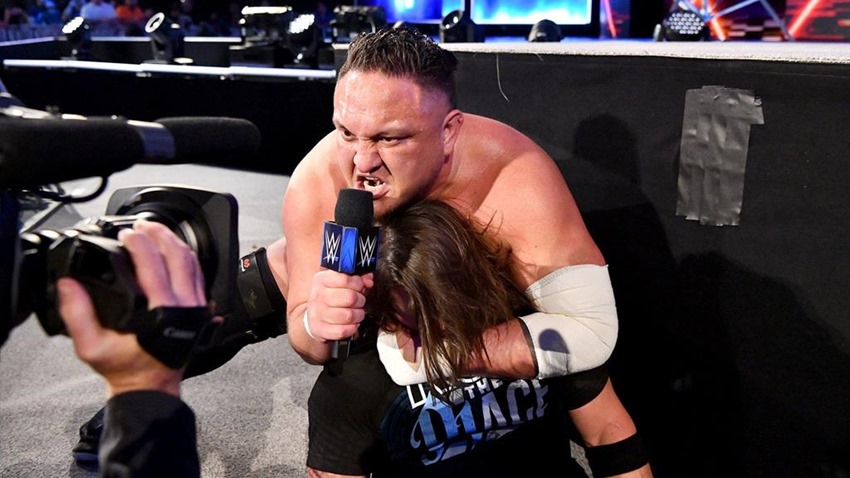 This war ain’t over yet, as Samoa Joe snuck up on the WWE Champion and applied a Coquina Clutch that turned off the lights for AJ Styles, while also taking time to send a warning directly to his family of all the carnage that he was about to deliver as he pursued the gold.

The New Day def. The Bludgeon Brothers in a No Disqualification Match to win the SmackDown Tag Team Titles 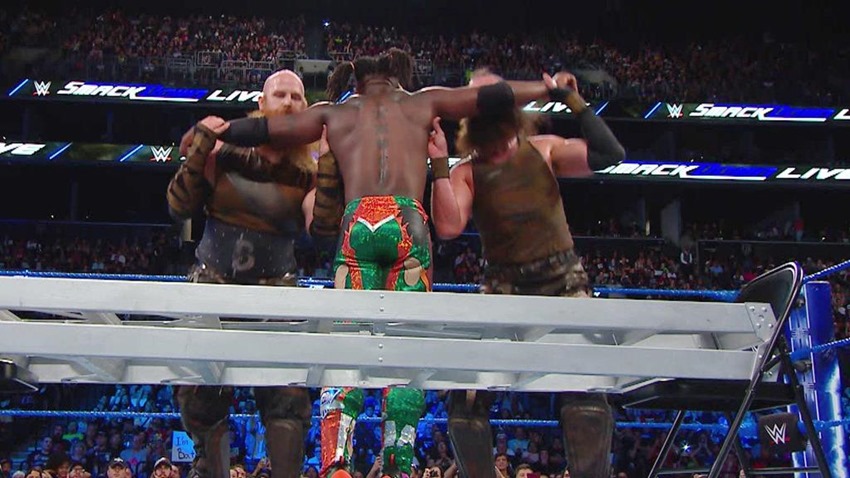 With their Summerslam match proving to be inconclusive, The New Day and the Bludgeon Bros. tangled once again in a bout where there was no fear of breaking the rules. With tables, ladders and chairs being made good use of, the duo of Kofi Kingston and Xavier Woods managed to position Harper on top of a table, with Woods delivering the match-ending elbow that secured The New Day their latest Tag Team championship win. 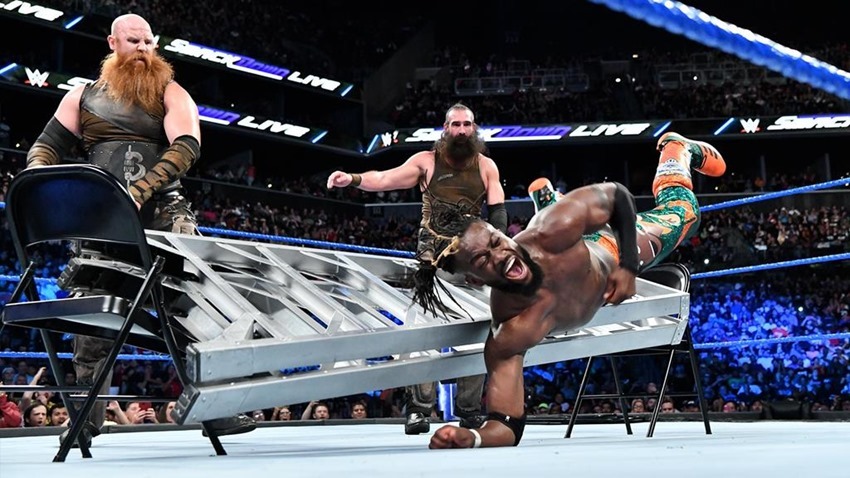