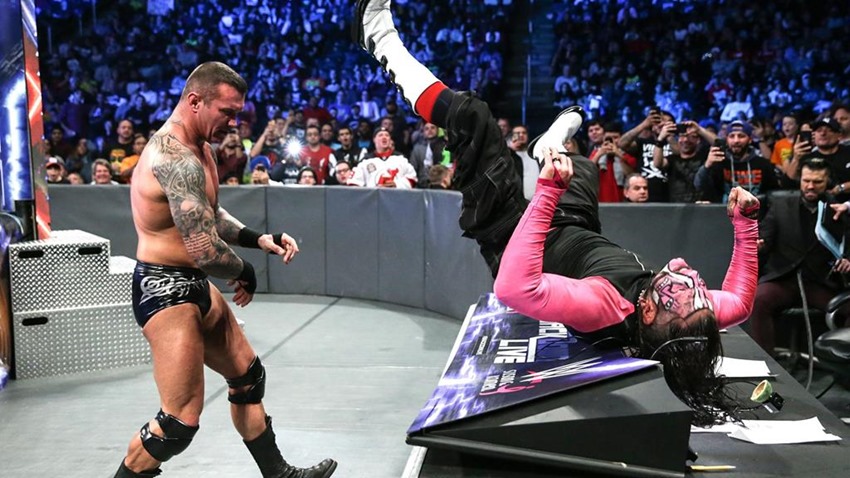 WWE Smackdown LIVE took place from the Prudential Center in Newark, New Jersey. Here’s all the action that went down ahead of the WWE Evolution event.

Big Show vs. Kofi Kingston ended in a no-contest

Last week saw the return of the WWE’s signature giant, as the Big Show helped Cesaro and Sheamus clinch a crucial victory against the New Day and helped the duo secure a new tag team title reign in the process. This week, Big Show took on Kofi Kingston in one on one action, demolishing the New Day member with a series of brutal chokeslams.

Fearing for his safety, the Xavier Woods and Big E attempted to rescue their partner from their ring, but Cesaro and Sheamus had other ideas as they extended the beatdown to the entire team, leaving the New Day broken in the ring.

The return of The Usos to the top of the tag team division continued, as the veterans secured another victory over WWE Champion AJ Styles and Daniel Bryan. Just like last week’s encounter, Bryan and Styles seemed to have enough ring chemistry to keep the Usos grounded, but when Styles accidentally caught Bryan with a Pele Kick, the match became unravelled.

One big splash later, and AJ Styles was down for the count as The Usos scooped up another huge victory.

The Miz and Rey Mysterio got into it on “Miz TV,” leading to an impromptu match

Two of the WWE’s World Cup challengers in the same ring, what did you think was going to happen? The Miz may have started yet another fight on his Miz TV talk show, but it was Rey Mysterio that finished the scuffle and set the A-Lister up for a proper match.

A match that could only end one way, when you think about it. A trip, a 619 between the ropes and a splash later, and Rey Mysterio had given the audience a preview of things to come for the WWE World Cup match.

With WWE Evolution kicking off this weekend, just about every superstar in the women’s division entered the ring in a tense showdown. Everybody had a grievance, Carmella suggested a dance-off and that idea was quickly thrown to the wind when Zelina Vega threw the first blow. With bodies flying everywhere, only one superstar was left standing after the dust had settled: Asuka, the Empress of Tomorrow.

The main event of the night saw the Viper Randy Orton take on the charismatic enigma Jeff Hardy, as clearly no love had been lost between the two since they last locked horns in a Hell In A Cell match. Firing off explosive moves at each other, Orton got the win when he managed to avoid a Swanton Bomb from Hardy, setting his foe up for an eventual RKO that put him down for the night.