Home Gaming A MAZE Johannesburg 2014: What happened, and why you should’ve been there 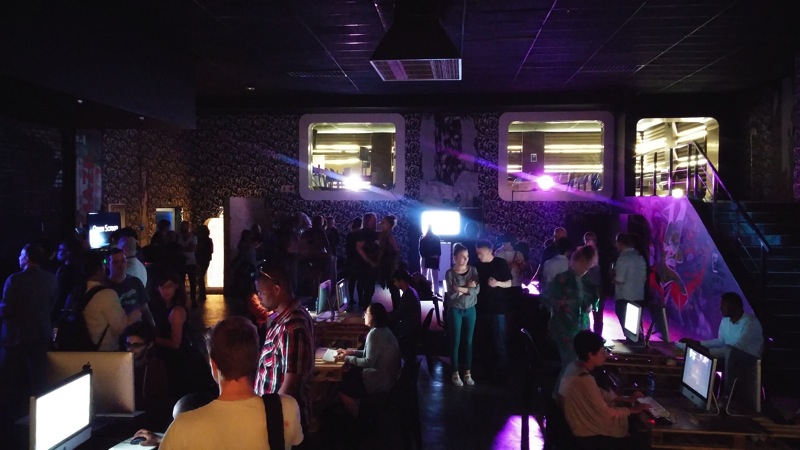 For most of last week I found myself in a dark room in the middle of Johannesburg, filled with more coloured hairstyles and coral shirts than you could possibly imagine. The room also happened to host a sea of indie games, from both developers abroad and locally. A MAZE isn’t yet a major event on the mainstream gaming calendar locally, but this year proved that it really should be.

A MAZE Johannesburg 2014 was, in case you didn’t know, the third time this iconic independent games festival has been hosted here in South Africa, in the heart of the culturally thriving Braamfontein area. The festival is unique in the sense that it’s not only an expo for developers to show off their work to the public, but also a meeting ground for like-minded designers and developers. If you’re hoping to break into game development, A MAZE is the one event you don’t miss. Ever.

That’s because throughout the three-day festival there are talks hosted by some of the best local and international game designers, handing out their keys to success and tips of the trade. Notable names from this year included Rami Ismael, one half of famed studio Vlambeer, Pippin Barr, Sos Sosowski (who made the Doom piano), and Joon van Hove, a master at local multiplayer games. Some local faces included nearly the whole of both Free Lives (Broforce) and QCF Design (Desktop Dungeons) whose  Rodain Joubert is helping Peter Garderner with Cadence,  and the chaps from Celestial Games. 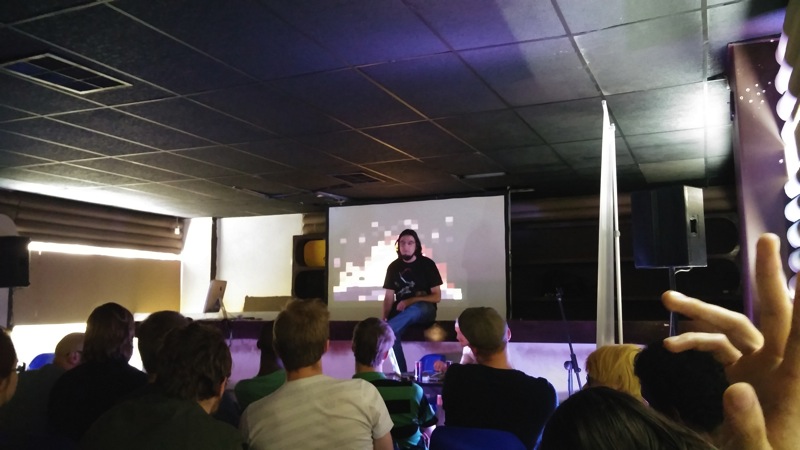 These talks were the heart of A MAZE. Accounts of how Early Access can work for your game, or how to create custom controllers to explore new gameplay horizons. There were also some really emotional accounts of the darker side to game development, where money starts to run out and faith in your title nearly evaporates. Nearly everything spoken about had an important message behind it, a lesson that upcoming developers can take into account and hopefully make use of. They were invaluable to me as a student, but obviously that’s not what A MAZE is all about.

Because hey, not everyone wants to make games. Some of us just want to play the damn things, right? Well this year A MAZE showed that it could do that too, with more games on show that both previous events combined. Not only were some Wits students games there (one of mine included), there were titles from nearly every major local and international developers.

Free Lives had an addictive four-player samurai game that basically played out as a frantic Nidhogg session. There was an endless runner that ditched the keyboard and replaced it with a cow bell and horn (cow bells make everything better). There was even a title that made the PlayStation Move an interesting controller again, with the player being blindfolded and dependent on an audience to advise them on aiming and shooting. I even got my hands on the new Oculus Rift DK2, which made me slightly less sick than the previous prototype. The show floor was filled with these and more innovative and highly engaging experiences, on digital and analogue fronts too. Boardgames were huge at A MAZE, and probably the most played as well.

We also got to play Broforce in an empty pool, with Joonas Turner (the super manly voice in all of the trailers) providing some hilarious commentary. It’s hard to describe how awesome that was in words. 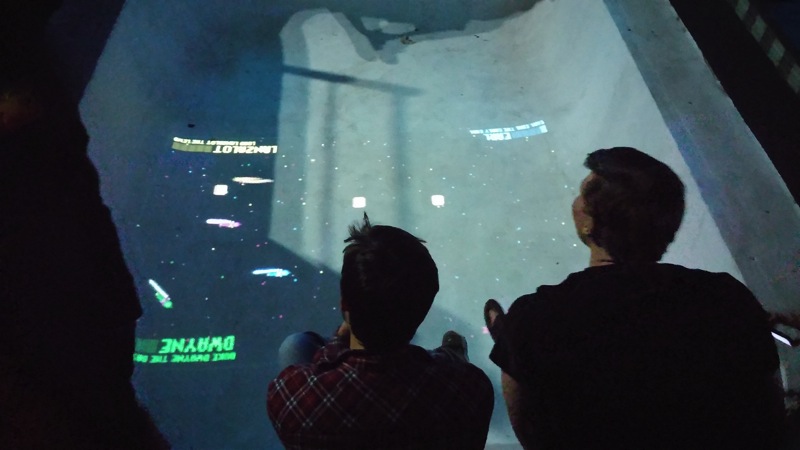 Yes, it sounds niche, but A MAZE isn’t meant to be another rAge. Cast your mind back to last year’s rAge and try remember the MakeGamesSA stand there that attracted so much attention. Multiply that by some large number, add international guests and throw in game development talks, workshops and insane parties. That essentially what A MAZE is, and it’s quickly becoming more relevant to the general public. It’s no longer an event that only game designers would find interest in. These are some of the games that are innovating in ways AAA isn’t. A MAZE acts as a platform to help promote these experiences and give you the chance to actually interact with the people behind them. Where else can you actually do that?

A MAZE was massive this year, and I can away from it with a new-found sense of respect and admiration for this industry. That’s happened in previous years as well, but A MAZE 2014 was just so much bigger and better in so many ways. If that much growth can happen in just one year, I can wait to see what 2015 holds.

I really do hope more of the public (and press) take notice of it next time.