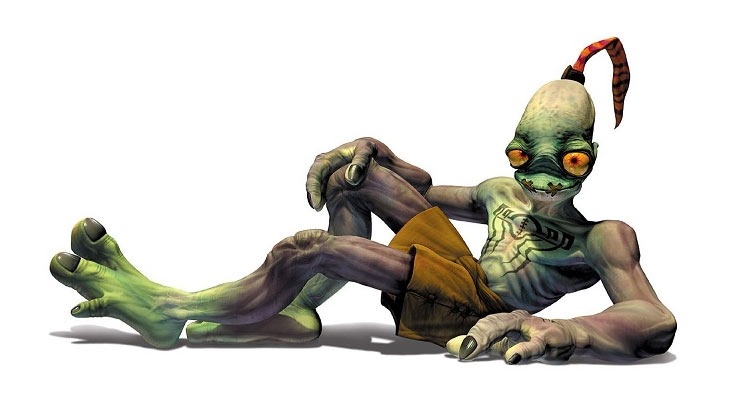 1997 PlayStation 1 game Abe’s Oddysee is still one of my favourite games. It cleverly blends platforming with puzzles with a rather interesting and unique setting – and is still a blast to play, nearly 20 years on. I’ve been looking forward to the remake for quite a number of years – and that wait is very nearly over.

Just Add Water’s Abe’s Oddysee New ‘n Tasty will be released on PlayStation 4 this week, and on other platforms later, after a short period of exclusivity. PlayStation Plus subscribers who buy the thing within two weeks of launch will be treated to an extra level titled “Alf’s Escape.”

“Oddworld: New ‘n’ Tasty launches next week on PlayStation 4 for players and fans the world over to experience in the comfort of their homes. After putting so much time and passion into an authentic re-creation of the classic Abe’s Oddysee, we couldn’t be more excited about finally unleashing a new Oddworld game for the first time in nearly a decade.

In celebration of the imminent release, we’ve put together a Launch Trailer chock full of gameplay and movie clips. Brace yourself for white-knuckle action, nail-biting suspense and kick-butt superpowers!”

Here’s a wealth of screenshots for your eyeballing pleasure to accompany the trailer. It looks pretty damned enticing, though I’m not quite sold on Abe’s new-gen voice just yet.

Set an entire 12 years before the first Gears of War game even kicks off, Gears Tactics ha…