Home Gaming Are we getting a new BioShock already? 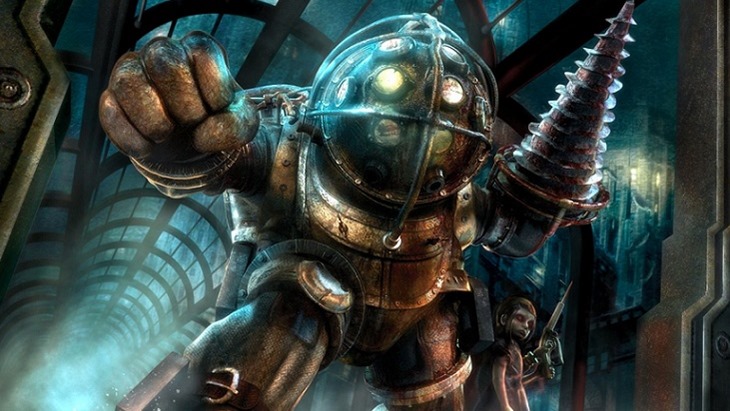 I was devastated when Ken Levine announced that he would be shutting down Irrational Studios. The development house has been behind some of the most iconic games of this generation, namely System Shock 2 and BioShock. With Levine leaving many believed that it was the end of the road for BioShock, with the second part of Burial at Sea wrapping things up quite nicely as well. For better, or worse, 2K isn’t ready to let that ship sail.

And hell, it hasn’t even been six months and the publisher is already teasing a new entry into the BioShock franchise. Yesterday 2K United Kingdom posted two very surprising tweets, with both suggesting a possible reveal of a new BioShock in the near future. Both tweets featured the same image, which makes a direct reference to an area in BioShock’s iconic underwater city, Rapture.

Oooo, what COULD this mean?! pic.twitter.com/P93Nl643SU

As any fan would now, Eve is a resource in the original BioShock game, as well as the sequel. Eve powered your Plasmids, which allowed you to do all sorts of things like shoot fire or electricity out of your hands, or even summon a swarm of bees to attack foes. Beeeeeeeeeeeeees.

This isn’t the first time we’ve heard about the possibility of another BioShock title. When Levine left, many questions regarding the future of the series were flying around. Levine made it clear that 2K owned the rights to the franchise and could possibly add to it. Seems like 2K is trading in their money in the bank sooner rather than later.

Will 2K be setting another title in Rapture? Or is the Eve reference just to get everyone on the same page? It’s definitely BioShock, but I’m both intrigued and frightened to see what 2K has planned.