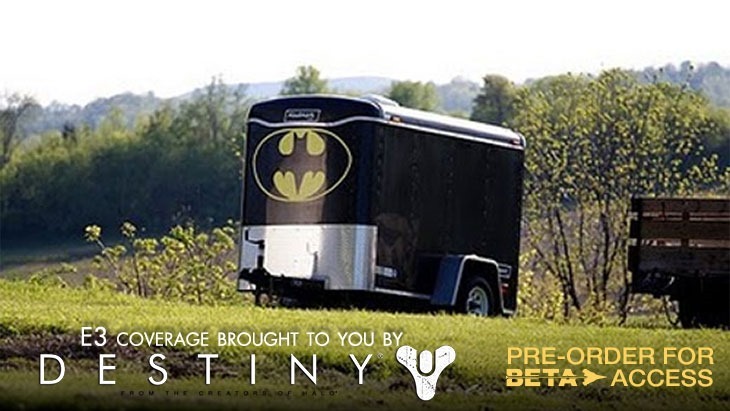 We know that Arkham Knight, coming next year from Rocksteady Studios, looks incredible. We also know that the new Batman game will feature a city so large that it requires vehicular transportation, and that that transportation comes courtesy of the Batmobile Here’s a brand new trailer showing how the Gothic Gotham vehicle can be used for more than just getting around.

Yes, Batman has guns mounted in his car. Because guns are bad, unless they’re vehicular.

“Scarecrow has returned to unite the Rogues Gallery and has enlisted the Arkham Knight and his immense military force to bring all-out War to Gotham City and destroy the Batman once and for all. The Dark Knight must utilise the Batmobile’s newly-revealed Battle Mode, as well as his full arsenal of abilities, to protect his city from complete destruction.”

This is all apparently real gameplay, and the game looks incredible. It’s coming to new gen platforms and Pc only, sometime next year. It was originally scheduled for October this year, but has thankfully moved away from that month, which looks like it’ll be one of the busiest gaming months in years.

Look out for later, when we have some exclusive, incredibly important and absolutely not filler fluff Batrmobile stuff coming up, that you won’t want to miss.