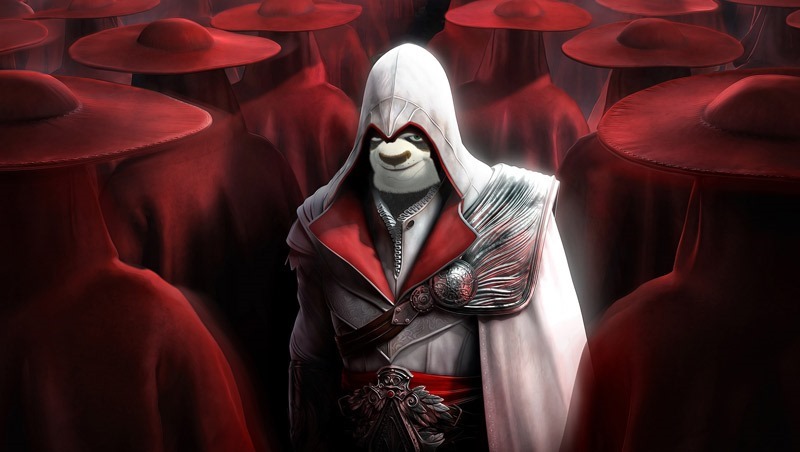 Assassin’s Creed, for all its various bugs and glitches in the previous game, is going nowhere. Ubisoft’s flagship brand is as strong as it ever was, with various games on the way that have been in development for years now. The next game in the series is set in Victorian England and is tentatively dubbed Assassin’s Creed Victory. But what lies beyond the top hats and cobblestones in that franchise? Quite possibly a trip to the East, at long last.

One eagle-eyed Assassin’s Creed fan has spotted the clues for what could be the next instalment in the world’s longest running series about backstabbing.  Ubisoft forums member Cornik22 was paging through the Assassin’s Creed 4: Black Flag official art book, and noticed that the Abstergo building had some nods to previous locations from older games: 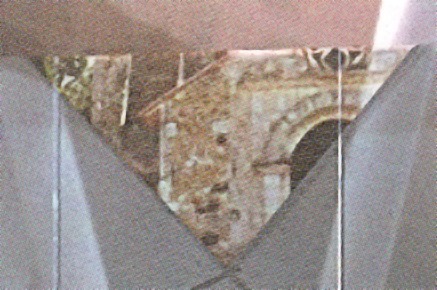 The first one is very small and not very clear. It looks like the front of a church. I’d like to think it’s a reference to the very first Assassins Creed, but it’s hard to say.

No doubt in the second one. It shows Santa Maria del Fiore in Florence, a clear reference to Assassins Creed II and the Ezio saga.

The next one shows a tropical island, which can only refer to AC IV Black Flag.

And now is when things get really interesting. You should recognize the fourth one, which is… that right, Notre Dame Cathedral in Paris! Way before Unity was leaked by Kotaku.

But wait there’s more. The next one shows… The Houses of Parliament and Big Ben in London!! Like in Victory, as you already know thanks to Kotaku’s leak. Yeah!

In the last one, the screen shows another location which has not been touch in any AC yet, and which (considering all the above) should be AC VII location. Where are we going? It’s Japan!! Which makes sense, considering people have been asking for it for a long time. The image clearly shows a Japanese temple surrounded by houses. I’m not sure, but I’d say it’s Sensoji Temple, Tokyo’s oldest temple and one of its most significant.

That’s a pretty cool theory, and something that fans have been keen on for quite a while now. That kind of architecture is also similar to buildings seen in China, a country that has been touched on before when Ezio was visited by a Chinese member of the Brotherhood in the animated Assassin’s Creed: Embers.

I’d like to see a Chinese history version of the game more than a Japanese one. It’s most likely something that Ubisoft is also considering, as the Chinese market now plays a massive factor in game sales. Appealing to that nation, could be a winner for them.  Assassin’s Creed 3 director Alex Hutchinson did once deem Japan as being “too boring” for the franchise, but his stance appears to have softened lately. Still, if there is an Asian country in the future of Assassin’s Creed, I’m dead keen on visiting it.